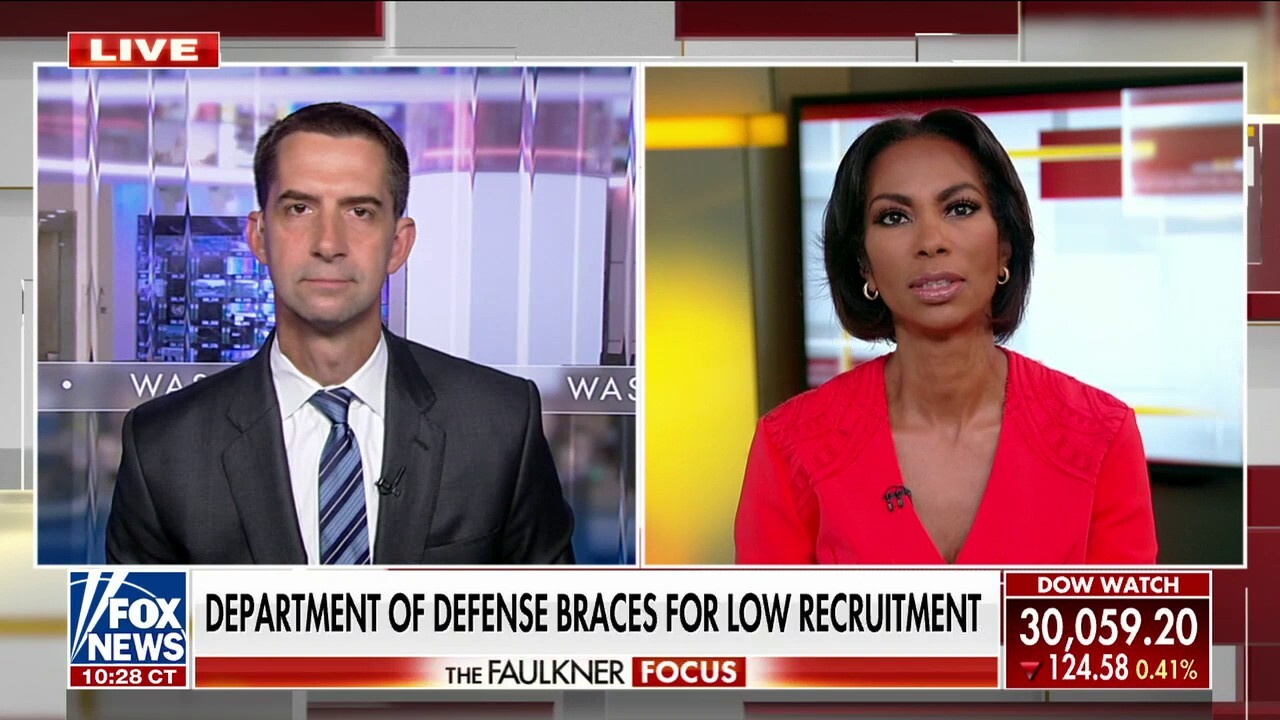 Sen. Tom Cotton, R-Ark., criticized a new military training curriculum that instructs cadets to refrain from using gendered language, including terms like “mom” and “dad.” On “The Faulkner Focus” Thursday, Cotton warned the recruitment crisis is dangerous for America and said things like social justice trainings aren’t helping the problem.

SEN. TOM COTTON: Young kids don’t join the military to learn how to use the right pronouns. They join the military to learn how to kill the bad guys and defend this country. And if the Biden administration wants to know why recruiting numbers have collapsed, why we have a recruiting crisis, they just need to look at their own policies.  … The recruiting crisis is very dangerous for our country, and it will be dangerous for many years to come if we don’t turn it around quickly. … We need to turn the page at the Pentagon and make it clear to America’s young men and women that we want them to join the military because we want them to defend this country, not go to social justice training seminars.