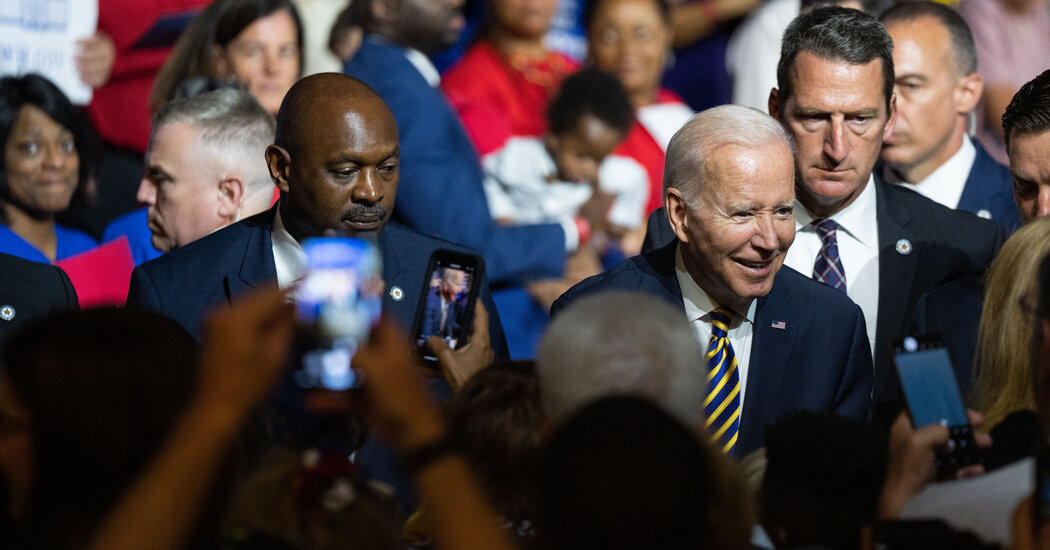 In saying they wanted a different nominee in 2024, Democrats cited a variety of reasons, with the most in an open-ended question citing his age (33 percent), followed closely by unhappiness with how he is doing the job. About one in eight Democrats just said that they wanted someone new, and one in 10 said he was not progressive enough. Smaller fractions expressed doubts about his ability to win and his mental acuity.

The Times/Siena survey of 849 registered voters nationwide was conducted from July 5 to 7, in the aftermath of the Supreme Court’s June 24 decision to overturn Roe v. Wade, eliminating the constitutional right to an abortion, which had been protected for half a century. The ruling sent Democrats into the streets and unleashed an outpouring of political contributions.

The State of Jobs in the United States

Job gains continue to maintain their impressive run, easing worries of an economic slowdown but complicating efforts to fight inflation.

Overall, abortion rated as the most important issue for 5 percent of voters: 1 percent of men, 9 percent of women.

Gun policies, following mass shootings in Buffalo, Uvalde, Tex., and elsewhere, and the Supreme Court’s June 23 ruling striking down a New York law that placed strict limits on carrying guns outside the home, were ranked as the top issue by 10 percent of voters — far higher than has been typical of nationwide polls in recent years. The issue was of even greater importance to Black and Hispanic voters, ranking roughly the same as inflation and the cost of living, the survey found.

The coronavirus pandemic, which so thoroughly disrupted life at the end of the Trump administration and over the first year of Mr. Biden’s presidency, has largely receded from voters’ minds, the survey found. In an open-ended question, fewer than one percent of voters named the virus as the nation’s most important problem.