Time for Biden to do his job: Secure our border 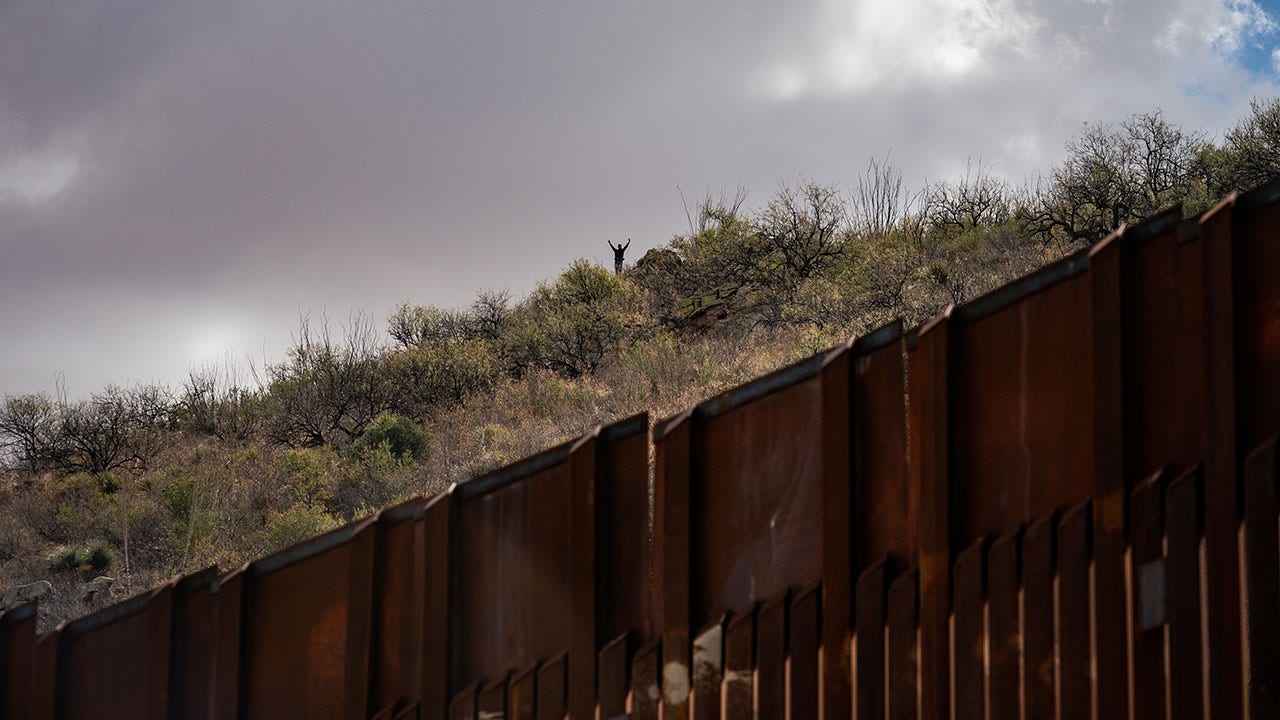 Our southern border is in crisis. The Biden administration has left our country in a dire situation. With the ending of Title 42 coming next month, an estimated 18,000 illegal immigrants per day may flood into our communities already overburdened with migrants.

In response, Texas is doing more than any state has ever done to secure the border. As part of Operation Lone Star, Texas is building a border wall; we’ve deployed 10,000 Texas National Guard and DPS Troopers to the border; we’ve arrested thousands of dangerous criminals who evaded U.S. Border Patrol; we have turned back more than 15,000 immigrants who tried to enter illegally. But with the end of Title 42, even those unprecedented steps will not be enough.

SASABE, ARIZONA – JANUARY 23: A U.S. Border Patrol agent stands on a cliff looking for migrants that crossed the border wall between the U.S. and Mexico near the city of Sasabe, Arizona, Sunday, January 23, 2022.
((Photo by Salwan Georges/The Washington Post via Getty Images))

That is why earlier this month, I met with four Mexican governors who share a border with my state, Nuevo León, Chihuahua, Coahuila, and Tamaulipas. These governors understand the importance of working together in these challenging times and have promised to take extraordinary actions to reduce the flow of illegal immigrants into Texas.

I sat down with each of these governors and signed agreements which lay out what they can do to meet these unique circumstances. These Mexican states will now increase security at their ports of entry into the United States, and crucially, along the Rio Grande, particularly at low water crossings where much of the illegal migration, drug smuggling, and cartel activity takes place.

In Chihuahua, Governor Campos is deploying the Sentinel Platform, a $200 million technology package that will allow Chihuahua State Police to track vehicles from the moment they leave an industrial park in Juárez until they cross the border into Texas, ensuring that they don’t become smuggling vehicles for the cartels. They are also utilizing drones to patrol the border, and biometric filters to assist in the capture of cartel leaders. Governor Campos is committed to stemming the tide of illegal contraband into Texas.

In Coahuila, the state will staff checkpoints throughout their territory to detect the arrival of caravans of immigrants and intercept them before they make it to the Texas border. Governor Riquelme will also deploy special teams of personnel, including off-road vehicles and helicopters, to prevent the crossing of migrants at key ports and along the Rio Grande.

In Tamaulipas, the Mexican state with the most bridges into Texas, Governor Cabeza de Vaca has committed to operate checkpoints throughout his state to identify incoming migrants and return them to Mexico’s federal immigration authorities. He is also deploying special tactical teams to prevent the crossing of migrants at the ports of Nuevo Laredo, Miguel Alemán, Camargo, Reynosa, Nuevo Progresso, Matamoros, and at low water crossings along the Rio Grande. Tamaulipas will also utilize their new C5 intelligence facility in Reynosa to surveil crossing points and high traffic areas along the Rio Grande and share any information they learn with Texas DPS, so we may work together to curtail illegal activity along the border.

Each of these states has committed to me that they will work against the efforts of the Mexican drug cartels which make untold fortunes each year smuggling people, deadly drugs like fentanyl, weapons, and illegal currency across our southern border. Don’t think that these are only innocent migrants running from failed governments in South and Central America. Through our own border enforcement program, we have caught gang members, cartel insiders, cop-killers, rapists, and even suspected terrorists. And those are just the ones we have apprehended. They are coming from more than 150 countries across the world.

All these unprecedented efforts will help us combat the never-before-seen levels of migrants we expect at our southern border next month. But none of this is work I, nor any other governor, should be forced to undertake. This is President Biden’s job; yet he refuses to do it. Under the previous administration our border was the most secure it has been in years, but one of the first things President Biden did when he was sworn in was to open the floodgates to illegal immigration.

That is why I am now sending buses of illegal aliens we round up in Texas and dropping them off in Washington, D.C. It may be difficult for the White House and Congress to comprehend the true scope of the illegal immigration crisis if they do not see it first-hand. So, I am bringing the border to them.

To be clear, in Joe Biden’s America, every state is a border state, and until we secure our southern border, deadly drugs, rising crime, and illegal immigrants will flow up from our border into states all across this country.

It’s time for Washington to do its part. Secure our border.