Tiger Woods back at Open Championship: A look at his best moments at the tournament 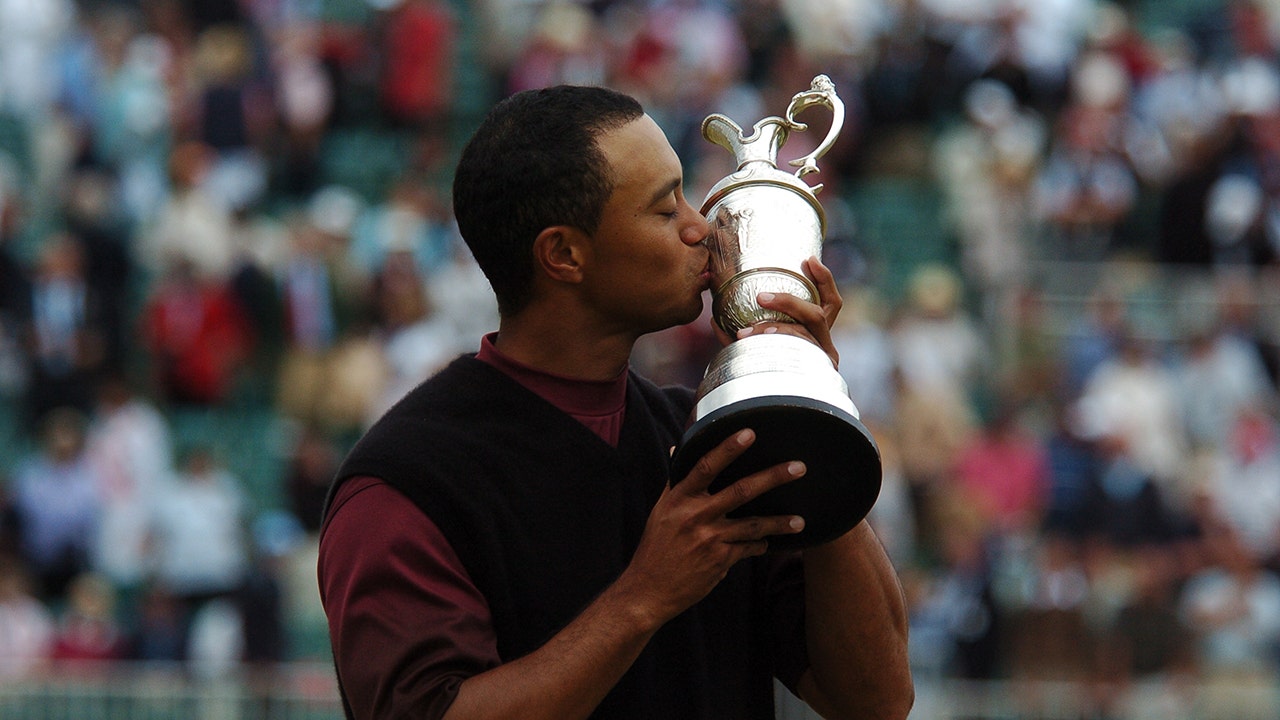 Tiger Woods will play in his third major golf tournament of the year even as he still feels the effects of the leg injury he suffered in a February 2021 car crash.

Woods has won The Open Championship three times, but the idea of him competing again after the crash seemed slim. He defied the odds at The Masters in April when he was able to walk the entire course and gave hope for the rest of the year.

He said he was focusing on playing St. Andrews in Scotland and competing in the Open Championship.

After being forced to withdraw from the PGA Championship, Woods skipped the U.S. Open and made sure he was healthy enough to get to St. Andrews.

“It’s my favorite golf course in the world,” he said in April.

Woods is among only five golfers who have won the Open twice at St. Andrews. No one has done it three times. Woods has realized his window is closing as the Open will not return to the course for at least five years. He said this week he could always play golf as long as he can swing a club. However, competing against the world’s best has proven to be tough.

The good news is that Woods was able to play a full practice round on Sunday.

With Woods getting back into gear, read below for some of his top moments at the Open Championship.

Tiger Woods at his first British Open in 1995.
(Anton Want/ALLSPORT)

Tiger Woods’ first Open Championship appearance came at St. Andrews in 1995. He would finish tied for 65 in the event, but his appearance at the major was just a small part of an incredible year. He made four PGA Tour starts and made the cut three times.

He would not win his first major until 1997.

At this point, Woods had won the Masters in 1997 and was putting together a string of Top 10 finishes. He would finish in third place in the 1998 Open. He finished a stroke behind Mark O’Meara and Brian Watts from getting in a three-way playoff. O’Meara would defeat Watts.

It was clear Woods was getting closer and closer to hoisting the Claret Jug.

Tiger Woods with the famous Claret Jug after victory at the Open Championship.
(SNS Group via Getty Images)

It would take another two years, but Woods would pick up his first Open Championship win in 2000. He was coming off a U.S. Open win and would follow up the Open with a PGA Championship victory.

Woods was 19-under par for the tournament at St. Andrews. Thomas Bjorn and Ernie Els both scored 11-under par.

He would later win the Masters in 2001 and complete the Tiger Slam, holding all major tournament titles simultaneously.

Tiger Woods of the United States kisses the Claret Jug following his victory during The 134th Open Championship held on the Old Course at St Andrews, from July 14-17, 2005 in St Andrews, Scotland.
(R&A via Getty Images)

Woods finished 14-under par well ahead of Colin Montgomerie who finished 9-under par. It was his 10th major victory and second career grand slam, making history as the first golfer under 30 to accomplish those feats.

Tiger Woods of USA poses with the claret jug following his two shot victory at the end of the final round of The Open Championship at Royal Liverpool Golf Club on July 23, 2006 in Hoylake, England.
(David Cannon/Getty Images)

Woods went back-to-back with a victory at Royal Liverpool Golf Club in 2006. It was the first tournament following the death of his father.

Tiger Woods of the United States acknowledges the crowds after holing a par putt on the ninth hole during the final round of the 147th Open Championship at Carnoustie Golf Club on July 22, 2018 in Carnoustie, Scotland.
(David Cannon/Getty Images)

Scandal and injuries would plague Woods for the latter part of his career. After his Open Championship win in 2006, he would win only three more major tournaments and none between 2009 and 2018.

His 2018 finish at the Open Championship gave him momentum heading into the 2019 Masters.

Woods finished tied for sixth in the 2018 Open Championship with a 5-under par. He was three strokes behind the tournament winner Francesco Molinari.