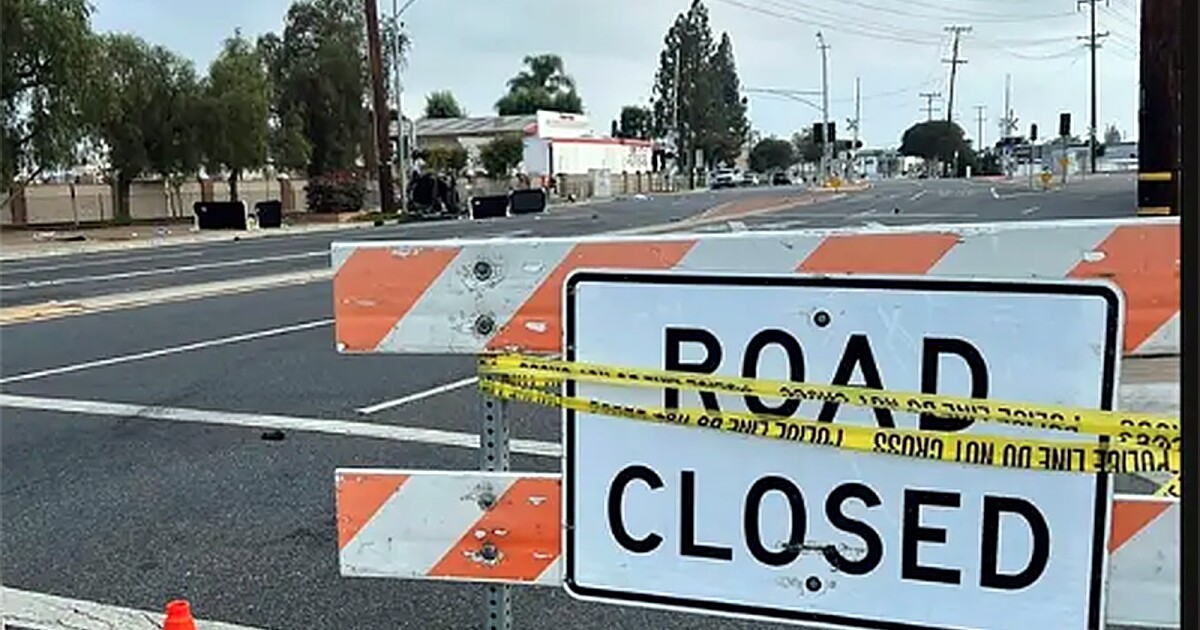 Three people were killed and four others injured when their speeding vehicle crashed, rolled over and burst into flames in Orange early Saturday, police reported.

The Nissan rolled over and all seven occupants were ejected, police said. Three died at the scene and the others were taken to local hospitals — three in critical condition and one with moderate injuries, authorities said.

Orange police said that drugs and alcohol are suspected as a factor in the crash.

KABC-TV Channel 7 reported that two of the critically injured are juveniles. Sgt. Phil McMullin of the Orange Police Department told the station that the car was engulfed in flames and a nitrous oxide tank and balloons were found in and around the vehicle.

One thought on “Three dead, four hospitalized after fiery, high-speed crash in Orange”