This is just to say, the ‘cash me outside, how bout dah’ girl just bought a $6.1 million Florida mansion in all cash 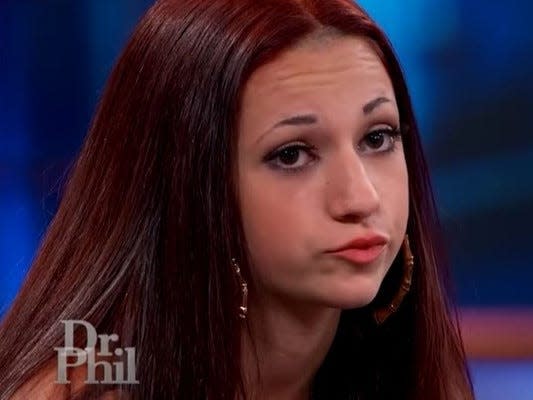 I bet you thought you’d never have to think about the “cash me outside” girl ever again.

But life is funny, and apparently, so are the laws of financial success. Danielle Bregoli, the “cash me outside” girl, just bought a $6.1 million mansion in Boca Raton, Florida. And the New York Post reported that she paid for it in cash.

Bregoli entered the public consciousness in 2016 as a precocious, expletive-spouting 15-year-old when she appeared on an episode of “Dr. Phil” about out-of-control teens. During the show, she challenged the audience — yes, the entire audience — to a fight, screaming, “Cash me outside, how bout dah?”

Clips of Bregoli’s temper tantrum went viral. And Bregoli parlayed that virality into a multimillion-dollar record deal, a (somewhat questionable) beauty line, a Snapchat reality show, and — after she turned 18 — an OnlyFans account that she said garnered $1 million in its first six hours.

Now 19, Bregoli has more than 16 million Instagram followers, and two of her rap songs have made it to the Billboard Hot 100 charts.

The house has a shoe closet!

And it features tasteful neutral tones throughout.

Bregoli said she moved to Florida from California for practical reasons: the taxes. “All my cars and stuff are registered in Florida. I’m not about to pay these taxes!” she told Variety last year.

It really is good to be Bhad.