They survived the Uvalde massacre, but these students’ pain — and their parents’ — could last for a long time

Jul 28, 2022 as their moms worry about their future - CNN, Children who survived Uvalde massacre are heartbroken they couldn't save their friends, Long, Massacre, pain, parents039, students039, survived, time, us, Uvalde 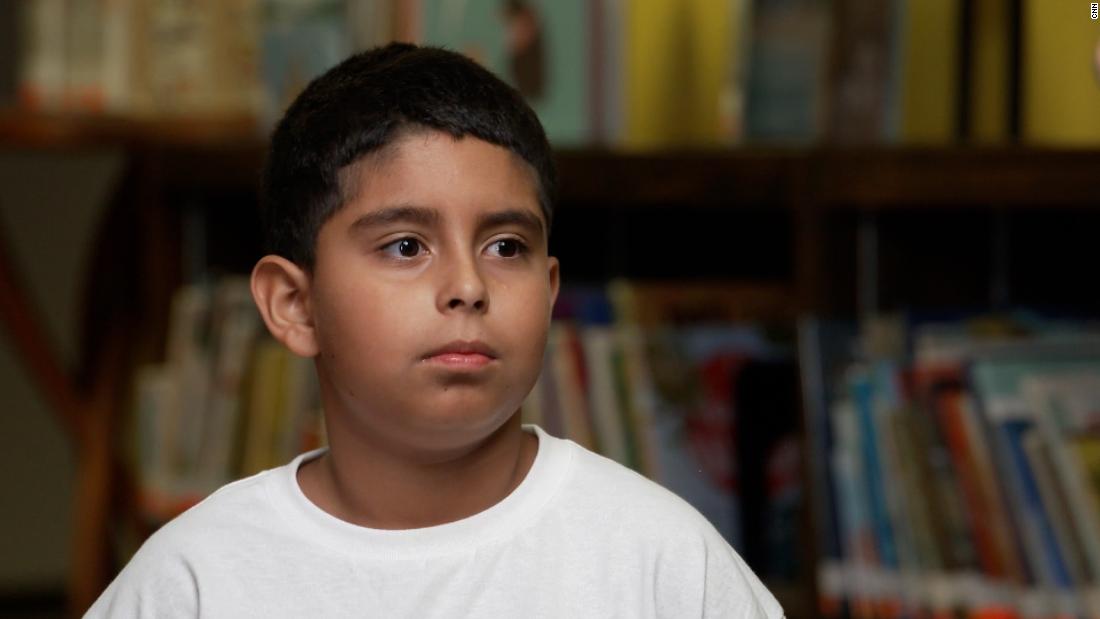 Instead, the reality of what happens when a shooter armed with an assault rifle chooses slaughter in an elementary school is what he remembers.

“He just saw the shooter come to the door and tell his teacher, ‘Goodnight,’ and shot her,” AJ’s mom, Kassandra Chavez, told CNN. “And then (the gunman) just announced, ‘Are y’all all ready to die?’ and went crazy, my son said, with a gun shooting everywhere.”

Jaydien Canizales, 10, remembers that too — how his teacher fell on one of his friends and how the gunman got on his knees as he addressed the room of fourth-graders with his threats.

Two teachers and 19 students, aged from 9 to 11, were killed that day.

AJ hid under backpacks. Jaydien and a friend took cover under a table with a curtain and tried to get others to join them as they closed their eyes and covered their ears against the horror.

Ten-year-old Noah Orona feared he was too tall to get under the table with Jaydien. He was shot in the back and fell to the floor of Classroom 112, his mother, Jessica Orona, said.

For 77 minutes that’s where they had to stay, until law enforcement officers opened the door to the connecting Classroom 111 and confronted the gunman, killing him.

Orona described some of the sights and sounds from those 77 minutes that Noah has told her. “One of the little girls that he was lying by, all he could hear was her gurgling because she was trying to breathe, but she couldn’t because she was shot and you could just hear her choking,” she said.

Chavez remembered seeing AJ in the hospital, his face smeared with someone else’s blood, likely from him lying on the floor. “I just saw my son’s face with blood on it. And I was like, where’s he bleeding from? And the doctor’s like, ‘He’s fine. That’s not his,'” she said.

Arguments and anger over how long it took for authorities to enter the classroom continue to rage in Uvalde, the state capital of Austin and further afield. What officers were doing while the gunman was inside the classrooms remains largely unclear, and some officials have questioned the trustworthiness of the various investigations working to understand what went wrong.

Scenes from that day and the agonizing wait replay for the parents, too. Chavez told her son what it was like outside the school, where families converged within minutes of the gunfire starting.

“We’re out there waiting to hear or for something to happen. News of you coming out and you’re there laying on the ground bleeding while all the police officers are there standing in the hallway,” she told AJ.

Orona said the delay was impossible to explain to Noah. “You know, to tell them, ‘Yes, they were there, but nobody came to help you.'”

AJ heard the officers just outside the classroom door. So did Jaydien. His mother said he recalls the children being asked by police to call out for help if they needed it. But a girl who did just that caught the attention of the gunman, who then shot her dead.

Families unsure of what’s ahead

Tuesday is seven weeks since the massacre. The families of the survivors still don’t really know what is ahead.

“You would think things are getting back to normal — as people assume that they are — just because (my son) is alive and here, but it’s not like that,” said Orona. “My son has trouble sleeping, being in a big crowd, anything loud scares him, being by himself.”

She continued: “Of course we feel blessed because he is here … but every day it’s a struggle. It’s something that’s not going to get cured in a week, a month.”

Jaydien’s mother, Azeneth Rodriguez, added: “He’s going to remember what happened that day and it’s going to stick to his head for the rest of his life.”

The families knew to keep their children away from July 4 fireworks with all the sounds of explosions but there are many other triggers, they said.

“We were barbecuing the other day and he was like, ‘What is that smell, that burn smell?'” Orona said of her son, Noah. “And I was like, ‘What is wrong?’ And he just said, ‘I smell that smoky smell — and that’s the way we were in the classroom.'”

‘Our children are not the same anymore’

AJ and Jaydien are often angry at what happened, that they couldn’t stop it and no one else did, their mothers say.

After an outburst, AJ will break down, Chavez said. “He tells me, ‘Mom, I hate the shooter. I hate that he killed my friends and my two teachers.'”

Jaydien asked to speak to CNN to give his version of what went wrong at the school. “If we would’ve had more people, this would’ve never happened,” he said, referring to police officers.

He lost his cousin Rojelio Torres and his best friend, Jayce Luevanos, both 10, in the classroom next door.

He said he now wants “cops everywhere” to stop more violence, but when asked what makes it hard today, he replied: “That my mom can hardly afford anything.”

Rodriguez said she had not been to work since May 24, the day of the shooting. There has been financial assistance but she had to go and find it — no one was calling to check in or offer it.

Chavez chimed in: “We’re not wanting to annoy or bug anybody about it, but at the same time, the bills don’t stop.”

And those bills will include medical visits, therapy and likely more things than the families can comprehend at the moment that require their time as well as their money.

Orona said: “It’s just something that doesn’t have a time — to say, OK, give us enough for a month or a year or something. They’re going to have issues for the rest of their lives … our children are not the same anymore. They’re not like they used to be.”

Some parents of surviving children have even apologized to the families of the dead for their own sons and daughters being alive. The mothers CNN spoke to said they had not done any media interviews before to make sure the attention was given to the bereaved families and those they lost.

Orona believes her son had a purpose in being spared. Rodriguez fears something else bad could happen to Jaydien at any time. Chavez says she does all she can to care for AJ while not neglecting her other two children.

She fought not to cry in front of her son at the hospital as she cleaned someone else’s blood off his face.

Orona says she has not cried at all.

“The day that that happened, I just shut down and I just said, ‘I have to be strong for my son.’ And it’s been hard. There’s times that I just want to break down and cry, but I just can’t let myself do that,” she said. “I cannot bring myself to cry right now. Maybe in a couple of months I might just totally break down. But I, I just, it’s too hard.”