‘The View’ knocks Herschel Walker over climate change response: ‘Too many hits while playing football’ 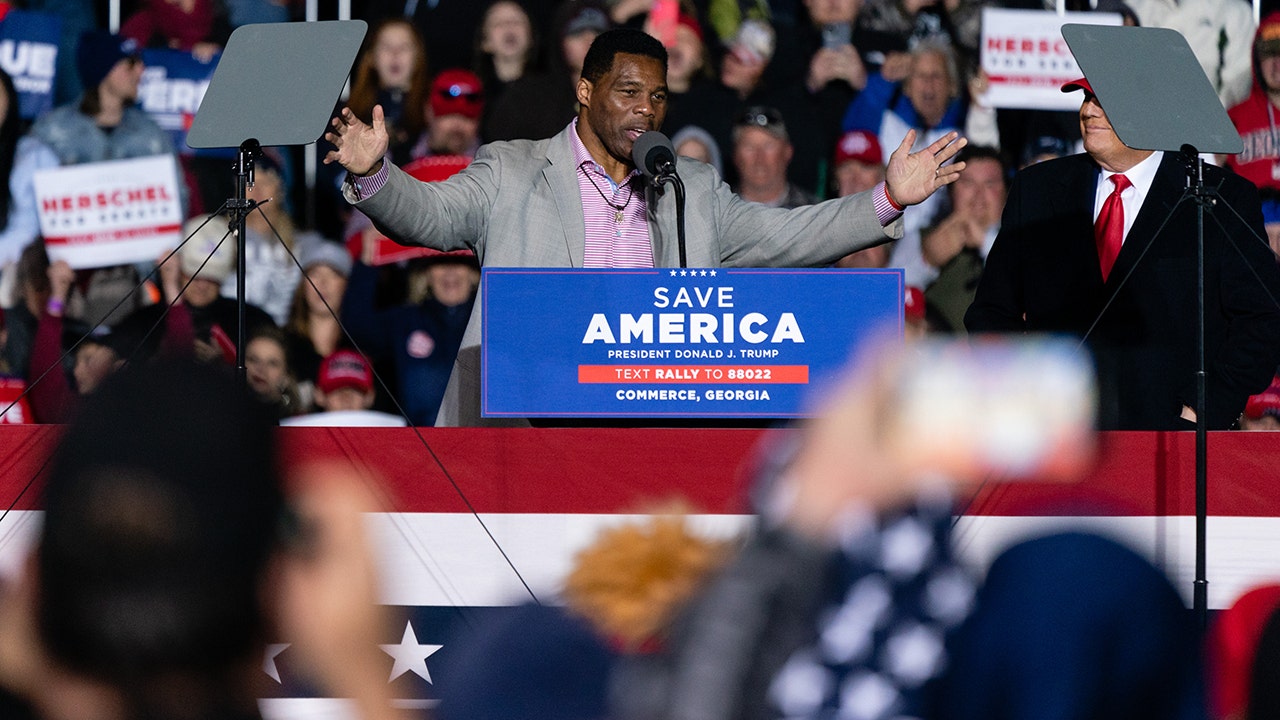 “The View” host Sunny Hostin suggested Georgia’s Republican Senate candidate Herschel Walker had been hit too many times in the head while playing football, after giving his thoughts about the Green New Deal during a campaign stop on Saturday.

Walker was criticizing the Democrat-backed plan to combat climate change, for putting an undue burden on America while rewarding the world’s biggest polluters, such as China and India.

Herschel Walker, Republican senate candidate for Georgia, speaks after being brought on stage by former U.S. President Donald Trump at a ‘Save America’ rally in Commerce, Georgia, U.S., on Saturday, March 26, 2022. Trump is focusing most of his ire over losing the 2020 election on Georgia, where he will put his status as a GOP kingmaker on the line on Saturday to turn voters against the states Republican governor and other party incumbents.
(Photographer: Elijah Nouvelage/Bloomberg via Getty Images)

“The View” played a partial clip of Walker arguing our clean air would be replaced with China’s dirty air.

“Since we don’t control the air, our good air decides to float over to China’s bad air,” Walker said in the clip. “So, when China gets our good air, their bad air got to move. So, it moves over to our good air space. Then, now, we got to clean that back up.” In the clip, Walker’s supporters are heard laughing at his explanation.

Once the clip was done playing, the hosts reacted with shock and dismay. “I don’t know where his good brain cells moved to,” Ana Navarro mocked.

Sunny Hostin suggested the Trump-backed GOP candidate was clueless to what he was talking about, and she was “afraid” that anyone would vote for him. She proposed that the former NFL running back and Heisman Trophy winner had been hit too many times in his previous career.

“[I]’m just very afraid that people even voted for him in the first place to become the Republican candidate and I mean I’m not a doctor or anything, but maybe too many hits while playing football or something like that, you know,” she said.

“Makes me concerned that the Republicans would put him forward as a candidate to go against someone like Senator Raphael Warnock, who we know is just a terrific public servant and quite bright,” Hostin gushed.

Navarro jumped in to quote Washington Post columnist Eugene Robinson saying America will have “lost its mind” if Walker wins in Georgia.

The ABC political talk show has shown a pattern of giving favorable coverage to Democrats while showing animus to Republican candidates.

A few weeks later, Sunny Hostin called Black Republicans an “oxymoron,” and said she didn’t “understand” how Blacks and Latinos could call themselves Republican.

Kristine Parks is an associate editor for Fox News Digital. Story tips can be sent to kristine.parks@fox.com.