The Ukraine War Is About to Enter a Dangerous New Phase 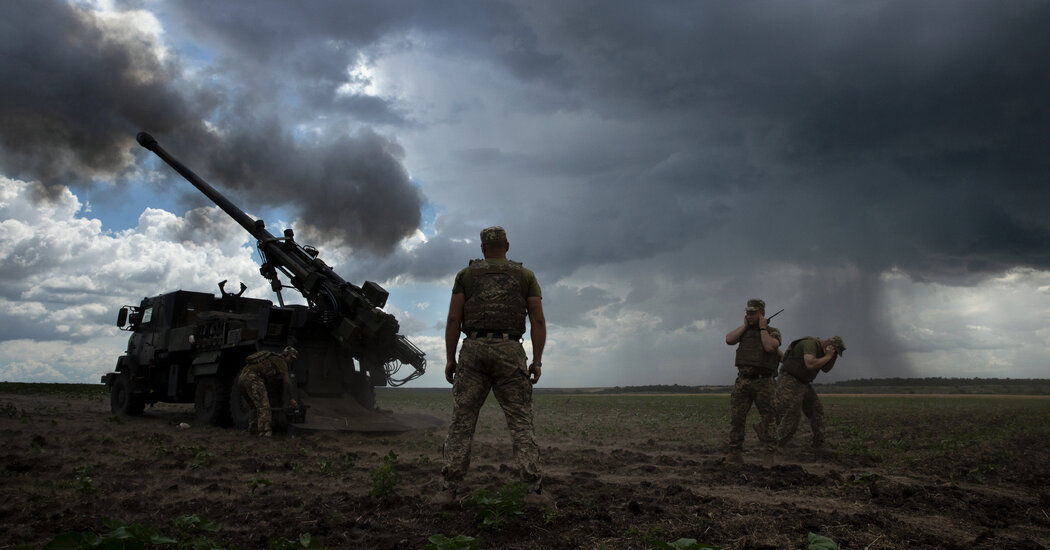 When trying to explain the recent improvements in the Russian Army’s operations in Ukraine, some Ukrainian officials have taken to saying, “All the dumb Russians are dead.” It’s a backhanded compliment, meaning that the Russians have finally figured out a more effective way to fight this war since their incompetent early performance that got thousands of them killed.

Precisely because the Ukraine war seems to have settled into a grinding war of attrition — with Russia largely standing back and just shelling and rocketing Ukrainian cities in the east, turning them to rubble and then inching forward — you might think the worst of this conflict is over.

You would be wrong.

I believe the Ukraine war is about to enter a new phase, based on this fact: Many Russian soldiers and generals may be dead, but Ukraine’s steadfast NATO allies are tired. This war has already contributed to a huge spike in natural gas, gasoline and food prices in Europe — and if it drags into the winter, many families in the European Union may have to choose between heating and eating.

As a result, I think the war’s new phase is what I call Vladimir Putin’s “winter strategy” versus NATO’s “summer strategy.”

It is obvious that Putin is ready to keep plowing forward in Ukraine, in the hopes that the soaring inflation in energy and food prices in Europe will eventually fracture the NATO alliance. His bet seems to be: If average temperatures in Europe are colder than normal, and if average global oil and gas supplies are tighter than normal, and if average prices are higher than normal, and if electricity blackouts from energy shortages become widespread, there’s a good chance that European NATO members will start pressuring Ukraine President Volodymyr Zelensky to cut a deal with Russia — any deal — to stop the fighting.

So Putin must surely be telling his own exhausted troops and generals: “Just get me to Christmas. Winter is our friend.”

It is not a crazy strategy. As The Times’s Jim Tankersley reported last week: “White House officials fear a new round of European penalties aimed at curbing the flow of Russian oil by year-end could send energy prices soaring anew, slamming already beleaguered consumers and plunging the United States and other economies into a severe contraction. That chain of events could exacerbate what is already a severe food crisis plaguing countries across the world.”

NATO and E.U. efforts to curb Russian oil exports to Europe, the story added, “could send oil prices soaring to $200 per barrel or more, translating to Americans paying $7 a gallon for gasoline.” Gasoline at $9 to $10 a gallon is already not uncommon in Europe, where natural gas prices have risen “some 700 percent,” Bloomberg reported, “since the start of last year, pushing the continent to the brink of recession.”

Meanwhile, NATO, U.S. and Ukrainian officials are surely saying to themselves: “Yes, winter is our enemy. But the summer and autumn can be our friend — IF we can inflict some real hurt on Putin’s tired army now, so, at a minimum, he will accept a cease-fire.”

This, too, is not a crazy strategy. Putin may be making some gains in eastern Ukraine, but at a very high price. Numerous military analyses suggest that Russia has suffered, at a minimum, 15,000 soldiers’ deaths in less than five months — a staggering figure — and probably double that number of wounded. More than 1,000 Russian tanks and artillery pieces have been turned into scrap.

U.S. officials tell me that Putin has nowhere near enough troops right now to try to break out of eastern Ukraine and seize the port of Odesa in order to leave Ukraine landlocked and strangle its economy.

As The Times’s Neil MacFarquhar reported this weekend, Putin desperately needs more forces simply to maintain the recent momentum in the east and is already undertaking a “stealth mobilization” to get more men to the front “without resorting to a politically risky national draft. To make up the manpower shortfall, the Kremlin is relying on a combination of impoverished ethnic minorities, Ukrainians from the separatist territories, mercenaries and militarized National Guard units” and promising large cash incentives for volunteers.

Putin is reluctant to draft more men because that would suggest that what he had told his people was just a “special military operation” in Ukraine is not only much bigger, but also going much worse.

NATO is clearly hoping that the Ukrainian Army can use the new M142 High Mobility Artillery Rocket Systems, or HIMARS, which the U.S. has transferred to Kyiv, to inflict significantly more death and destruction on the Russian forces in Ukraine in the summer and fall. If so, Putin’s advances may not only stall but even lose ground, and the Russian president may feel compelled to agree to a cease-fire, a big exchange of prisoners, humanitarian evacuations and better conditions for Ukrainian food exports — all of which would help to ease inflation and, hopefully, reduce pressure from Ukraine’s European allies to cut just any deal with Putin.

There is no sign that Putin is ready to make a final peace deal, but it may be possible to push him into this kind of cease-fire, which could provide relief to energy and food markets.

So for all these reasons I’d argue the war in Ukraine is about to enter its most dangerous phase since the Russians invaded in February: Putin’s winter strategy meets NATO’s summer strategy.

No wonder that a deputy Ukrainian prime minister, Iryna Vereshchuk, has appealed to residents of Russian-held territories in the south to evacuate quickly so Russians could not use them as human shields during the anticipated Ukrainian counteroffensive. “You need to find a way to leave, because our armed forces are coming to de-occupy,” she said. “There will be a massive fight.”

Alas, there is no telling what Putin might do if his forces get stalled again or lose ground. It might make him more amenable to a cease-fire. It might also force him into a national mobilization to bring more troops to the fight.

There is only one thing that I am certain of: This war in Ukraine will not end — really end — as long as Putin is in power in Moscow. That is not a call to overthrow him. That’s for Russians to decide. It’s simply an observation that this has always been Putin’s war. He personally conceived it, planned it, directed it and justified it. It is impossible for him to imagine Russia as a great power without Ukraine. So, while it may be possible to force Putin into a cease-fire, I doubt it will be more than temporary.

In short: This Ukraine war is so far from over that I can’t even see over.