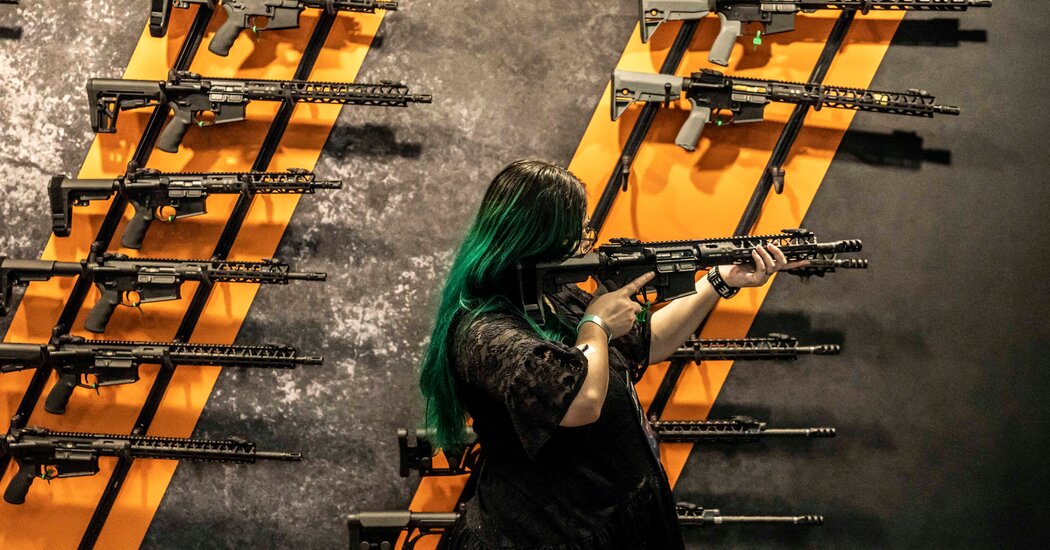 Bret Stephens: Hi, Gail. We’ve had two monumental Supreme Court decisions over the last week, on guns and abortion. Maybe it isn’t a fair question, but which of them scares, dismays, enrages or makes you want to bang your head against the wall more?

Gail Collins: I feel totally traumatized by both of them — even though, I admit, I was pretty much expecting everything that happened.

Bret: A line that’s making the rounds: It’s like knowing daylight saving time is coming and setting your clock back 50 years.

Gail: Maybe feeling most intense about the gun decision because I know how many terrific colleagues are rallying against the one on abortion. Here we are in New York, which is relatively speaking a very safe city, thanks in good part to the local gun laws we’ve observed. But conservative attachment to law and order disappears whenever it gets in the way of right-wing attachment to their guns.

Bret: You aren’t ranting at all. Or rather, rant away.

Gail: OK, if I’ve got permission to rant, I’ll get to the abortion decision after all. Just reading Clarence Thomas’s preening concurrence about how this is just the first step — next targets: same-sex marriage and women’s overall right to purchase contraceptives.

Bret: Give him a point for honesty, which is more than can be said for Brett Kavanaugh.

Gail: I wrote a while back wondering if Texas’s anti-abortion law from last September would be the first step in a war against every form of birth control more efficient than the rhythm method, but did not expect the idea to pop up in a Supreme Court opinion.

I know that was just from Thomas’s comments, but it’s so important to see which way this kind of thinking is pointing. A woman’s power to decide whether she wants to be pregnant was totally key to our liberation. Take it away and you’re back to a time when women were expected to quit work after they got married because there was no effective way of knowing when they’d get pregnant. And to totally avoid sex if they were single because of the fear that they’d get pregnant and ruin their reputations and careers.

OK. Time for you to get in here.

Bret: Agree with everything you say. For me, the word that comes to mind is arrogance. Supreme arrogance.

In the gun decision, the court is denying New York State the normal democratic right to decide for itself how it should go about ensuring domestic tranquillity, which is the basic function of government. In the Mississippi abortion case, the court is doing something closer to the opposite: Giving a state government the unfettered ability to erase an individual right that, until last Friday, had been upheld by the court for nearly five decades.

That said, I’m probably not as gloomy about this as you are. There might even be some positives.

Bret: Maybe this is all lipstick on the proverbial pig, but three things.

Politically, last week was a very good one for Democrats. The national conversation suddenly turned from the price of goods to priceless goods: personal safety and choice. There’s now a fighting chance that Democrats will hold the Senate in November. They might also start winning back some of the seats they lost in state legislatures, where the future of abortion rights will be decided.

Gail: Republican Party, this is how far you’ve fallen: Bret Stephens is rooting for Democrats to take over all the legislatures.

Bret: So long as they are pro-business, pro-police, pro-Israel and pro-charter schools. Mike Bloomberg, in other words.

My second point of optimism is that, medically speaking, we’re in a different world than 1972 or 1973. Abortion pills that work till the 10th week of pregnancy are now widely available and, as of December, can be obtained by mail. Far from an ideal solution, I know, but it goes some way toward mitigating the effects of the court’s decision.

Gail: Waiting for the Texas legislature to take on the pharmacies next. I’m really not long-term confident, but you’re right for now. And that’s one of the reasons the gun decision made me even crazier.

Bret: Final glimmer of optimism: New York and the other states whose gun laws are affected by the court’s ruling will find legal workarounds to blunt the effects of the decision, like adding training requirements.

Gail: Yeah, but it’s not going to be nearly as easy for the police to be efficient in cracking down on illegal weaponry. Or to contain the flood of make-it-yourself gun kits that come through the mail.

One idea you’ve suggested in the past that looks really attractive today is to create skill standards. Everybody who owns a gun has to be able to pass a test that demonstrates they have at least a minimal ability to hit the thing they’re pointing at.

Bret: Back in the day, the National Rifle Association was primarily known as a group that taught marksmanship and the safe handling of firearms. Maybe it can get back to that instead of being the lobbying juggernaut that facilitates a massacre a month.

Gail: If I thought everybody who’d be packing heat in New York would only shoot their intended target I’d still be opposed to this change, but not nearly as frightened as I am now. It’s my strong impression that many people with guns have little or no training, and to tell you the truth, my experience with police suggests that while many of them have good intentions, a whole lot of them do not have good aim.

Bret: Remind me to tell you the story of the shootout my parents found themselves in, when a “good guy with a gun” started firing at the bad guys with guns who were robbing our home in Mexico. Good thing the coffee table under which my mom took cover was solid mahogany.

Gail: Wow, I want details before next week. And Bret, before we leave this topic, I have to admit — sadly, sadly, sadly — that we might not be living through this disastrous moment if Ruth Bader Ginsburg had not refused to retire before Barack Obama left office.

I’m a total fan of Justice Ginsburg — treasure the memory of one day I spent with her while she was on the court. But she was in her 80s, people were begging her to step down and she seemed to just hang on in the expectation that Hillary Clinton would be the next president.

Bret: In fairness, she wasn’t alone in the expectation.

Gail: If the court was split 5-4 instead of 6-3 we might still have gotten bad decisions on these cases, but Chief Justice John Roberts made it pretty clear he’d have pushed things closer to the middle if he had the numbers.

Bret: As you know, Gail, I supported the nominations of Neil Gorsuch and Kavanaugh — though I didn’t support Amy Coney Barrett’s. I thought they were closer in judicial temperament to Sandra Day O’Connor and Anthony Kennedy, both of whom upheld Roe in the 1992 Casey decision, than to the go-for-broke moral fervor of Justices Thomas or Samuel Alito. Now’s a pretty good time for me to admit that I was wrong and you were right.

Gail: Love it when you do that.

Bret: My admissions of error are like Bill Clinton’s goals for abortion: safe, legal — and rare.

Gail: Before we leave guns and abortion for the day, I want to send a shout-out to the senators, particularly Chris Murphy of Connecticut, who passed an actual gun reform bill last week. Not the kind of assault-rifle-banning law many of us wanted, but it did push things forward — expanding background checks for young gun purchasers, encouraging red flag laws that make it easier to remove weapons from people whose record indicates they’re potentially dangerous.

Bret: And congratulations go to some Republican senators, too, particularly John Cornyn of Texas, who showed political courage to lead a bipartisan effort. Cornyn is what the other Texas senator is not: a grown-up.

Gail: It’s not a super-reform, but Congress at least did something — for the first time in years. And then, alas, the Supreme Court managed to distract our attention with its sweeping terribleness.

Bret: One of the things I’ve learned from conversing with you, Gail, is that history is full of even more sweeping terribleness that puts ours into perspective. On Friday I got together with a close family friend, Luis Stillmann, a survivor of the Mauthausen concentration camp whose story I told in a column a couple of years ago. He turned 100 in December. He just returned from a trip to Europe. He and his wife Buba, a survivor of Auschwitz, are busy planning another trip to Israel in November to visit their beloved Weizmann Institute of Science.

If Luis and Buba can stay positive and forward-looking, so can we.