The Rise and Fall of the Star White House Reporter 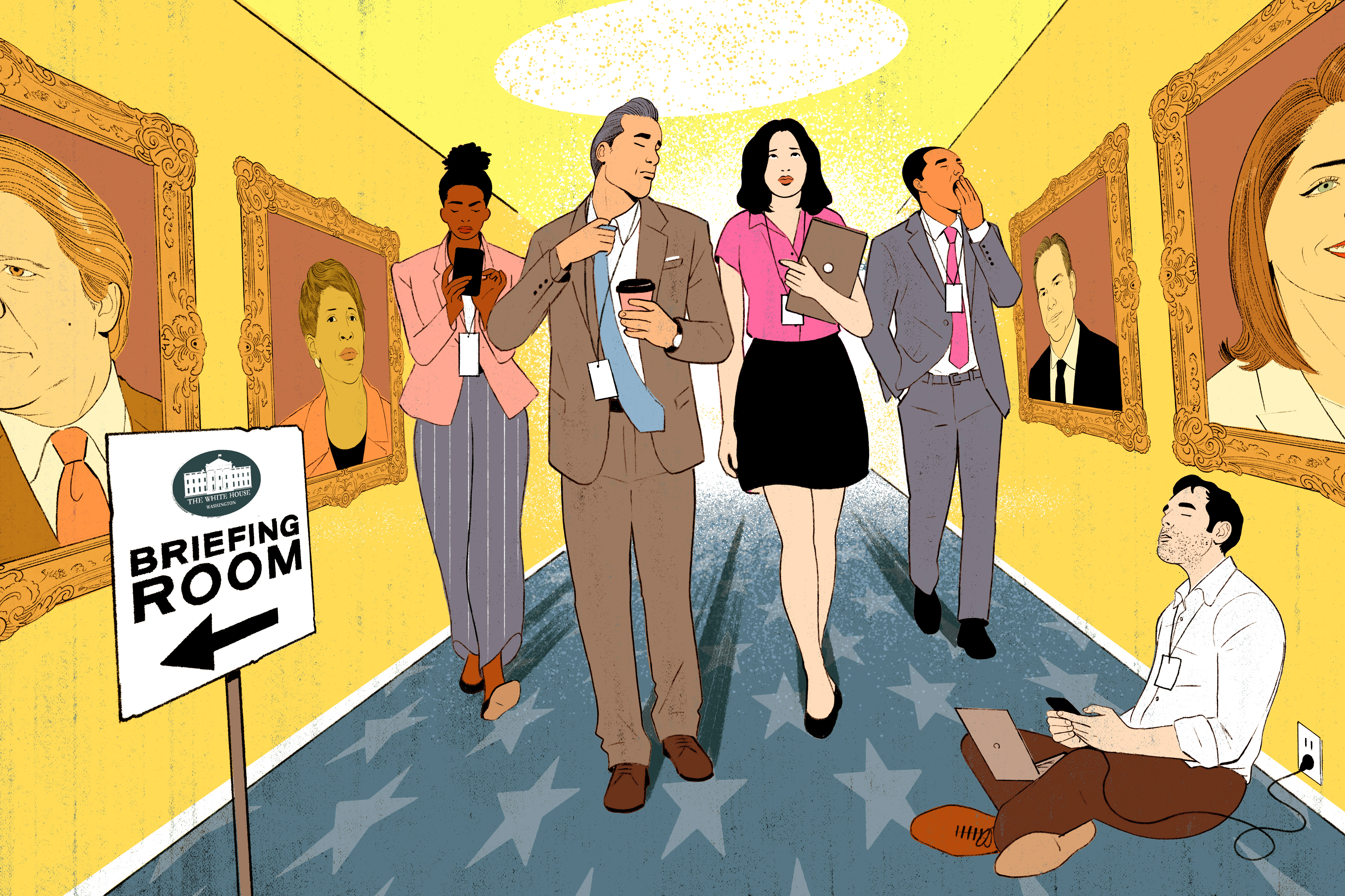 The approach, he said, has increasingly gotten him attention offscreen. He is regularly stopped on the street and recognized, particularly after Biden called him a “stupid son of a b—-” for asking if inflation was hurting his party’s chances in the looming midterm elections.

Since then, he’s been written about in the tabloids, and become a punching bag for late-night comedians like Stephen Colbert, who joked that the president should take a page out of Will Smith’s playbook and slap the Fox News White House correspondent.

“I’m somebody that grew up watching presidents, watching late-night TV. So if I hear one of them referring to me in any way it is surreal,” Doocy told Politico in an interview.

But if Doocy is the closest thing the Biden White House has to a high-profile antagonist, even his back-and-forths with the administration don’t come close to the animosity on display between Trump and the assembled press corps, or the attention it generated. Doocy told Politico he has good relationships with the Biden communications office, who he talks to multiple times a day. He insists that he does not relish the chance to beef with the press secretary.

Earlier this month, Psaki was asked by former Obama communications official and current Pod Save America host Dan Pfeiffer whether Doocy really was a “stupid son of a b—-, or just plays one on TV?”

Psaki replied by saying that Doocy “works for a network that provides people with questions that, nothing personal to any individual, including Peter Doocy, but might make anyone sound like a stupid son of a b—-.”

The exchange set off anger among Fox News personalities and executives, who said her comments were inappropriate. But they didn’t seem to bother the Fox News correspondent himself. Doocy said that he had a private conversation with Psaki about her comments after the event, and told Politico that they were not mean-spirited.

“I think that’s a classic example of how stuff can be taken a little out of context,” he said.