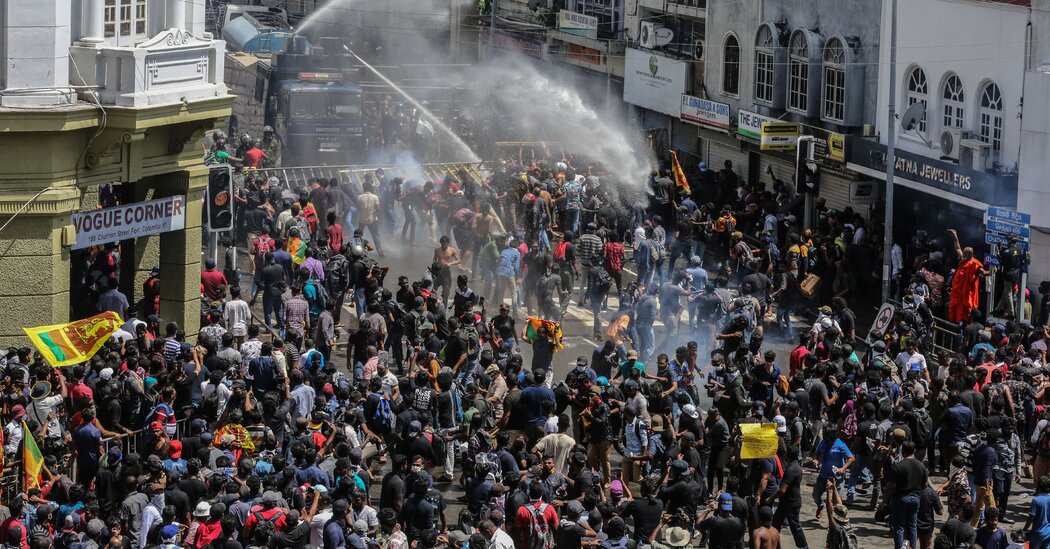 Unfortunately for Sri Lanka, the family wasn’t finished destroying the country. In 2019, coordinated Islamist terrorist attacks across the country on Easter Sunday killed 269 people and ignited a nationalist backlash that vaulted the Rajapaksas back into power. The brothers again staffed every consequential ministry with relatives, who often had little understanding of their jobs, and despite the country’s already precarious finances, they proceeded to apply steep tax cuts in an attempt to stimulate the economy.

Bad decisions and bad luck followed. Just as the tax cuts shrank government revenues, the pandemic devastated tourism, a vital fount of income for Sri Lanka. Facing a balance-of-payments crisis, the government banned the import of motor vehicles and synthetic fertilizers and pesticides to save hard currency and decreed an overnight transition to organic farming.

The result was catastrophic: Production of tea — a major source of export revenue — fell some 18 percent and grain output dropped 43 percent. The government saved $400 million by banning foreign fertilizer, but was forced to spend $450 million to import rice. It reversed the fertilizer ban for several key crops, but the knockout blow landed when Russia invaded Ukraine. The resultant spike in commodity prices, especially for fuel, plunged the country into chaos.

The Rajapaksas will no doubt argue that this nightmare would have occurred regardless of who was in control. But to succumb to this reasoning, we would have to overlook how the Rajapaksas debilitated their nation’s democracy and government institutions, and ran the country like a family business. A genuinely democratic government, open to dissent and consultation, might very well have mitigated the suffering that now courses through the country: Businesses have boarded up, lifesaving drugs are in shortage, and even middle-class families are being forced to forgo meals. Sri Lanka is an object lesson in the perils of embracing strongmen.

Sri Lankans who allowed themselves to be deluded by the Rajapaksas’ fantasies of prosperity underwritten by Chinese money have supplied a vivid warning to similarly fragile nations of the hazards of taking that route. India has stepped in with emergency aid — credit lines, food and fuel — but far more is needed.

If there is a silver lining, it is that the anger provoked by the Rajapaksas has succeeded to some extent in uniting a people fractured for more than half a century along ethnic lines. Tamils and Sinhalese are now in the same boat. But the jubilation in the streets at overthrowing the Rajapaksas will have to give way in the days ahead to a hard reckoning with the consequences of their misrule.

The Rajapaksas have fled into hiding. The depredations of their reign are out in the open.