The Lincoln Star is a transparent electric SUV 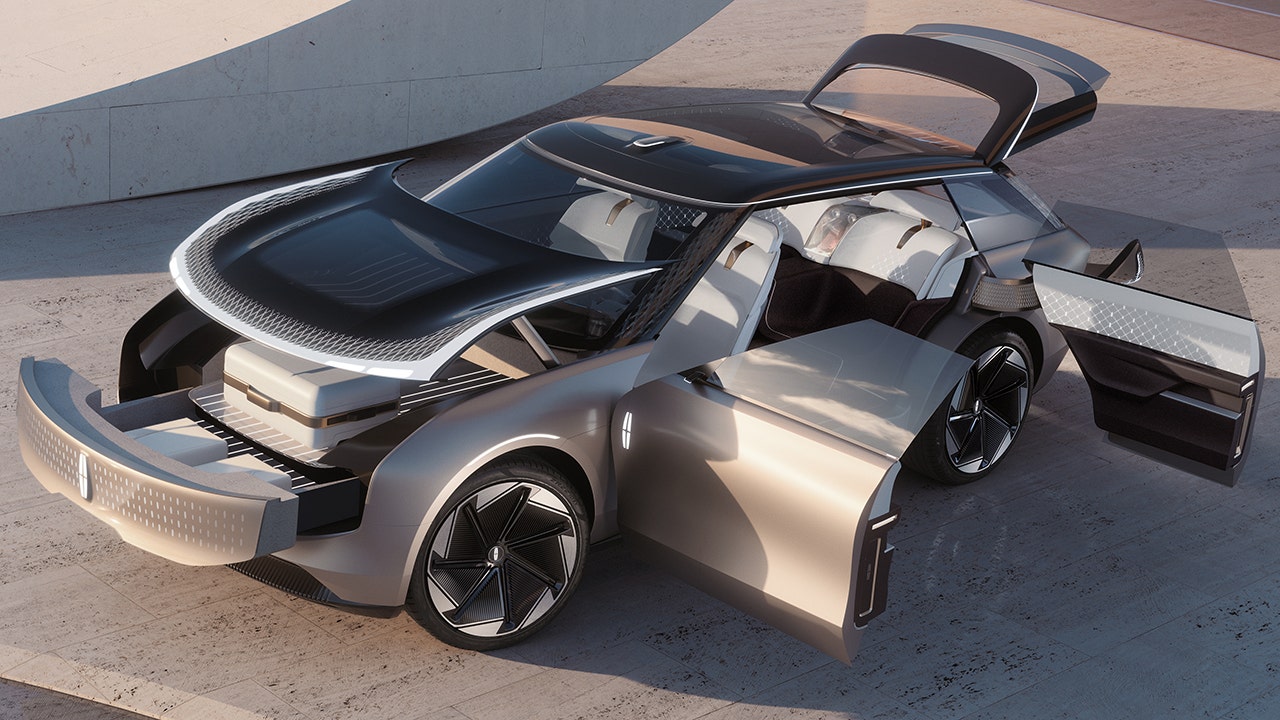 The concept SUV revealed on Wednesday showcases a host of design elements that could make their way into future Lincoln models.

The Star is equipped with a transparent funk and coach-style doors.
(Lincoln)

The Star is a two-row utility vehicle equipped with coach-style doors (often known as suicide doors) and a front trunk under a transparent hood that allows light to enter through it into the cabin, but is made from electrochromatic glass than can be dimmed for security and is also used on the vehicle’s panoramic roof.

A widescreen display and rear recliners are two of the signature interior features.
(Lincoln)

Inside, there’s a full-width widescreen display for the front passengers and dual recliner style rear seats.

A sensor pod on the roof and a retractable steering wheel suggest autonomous driving capabilities and the front seats can also be rotated to face the rear in a lounge style configuration.

Lincoln is planning to have an all-electric lineup by 2030. It has not yet confirmed when the first will go on sale, but said that it will launch three by 2025 and a fourth the following year.