The January 6 investigators obtained a video of Roger Stone reciting the Proud Boys’ ‘Fraternity Creed,’ the first step for initiation to the extremist group 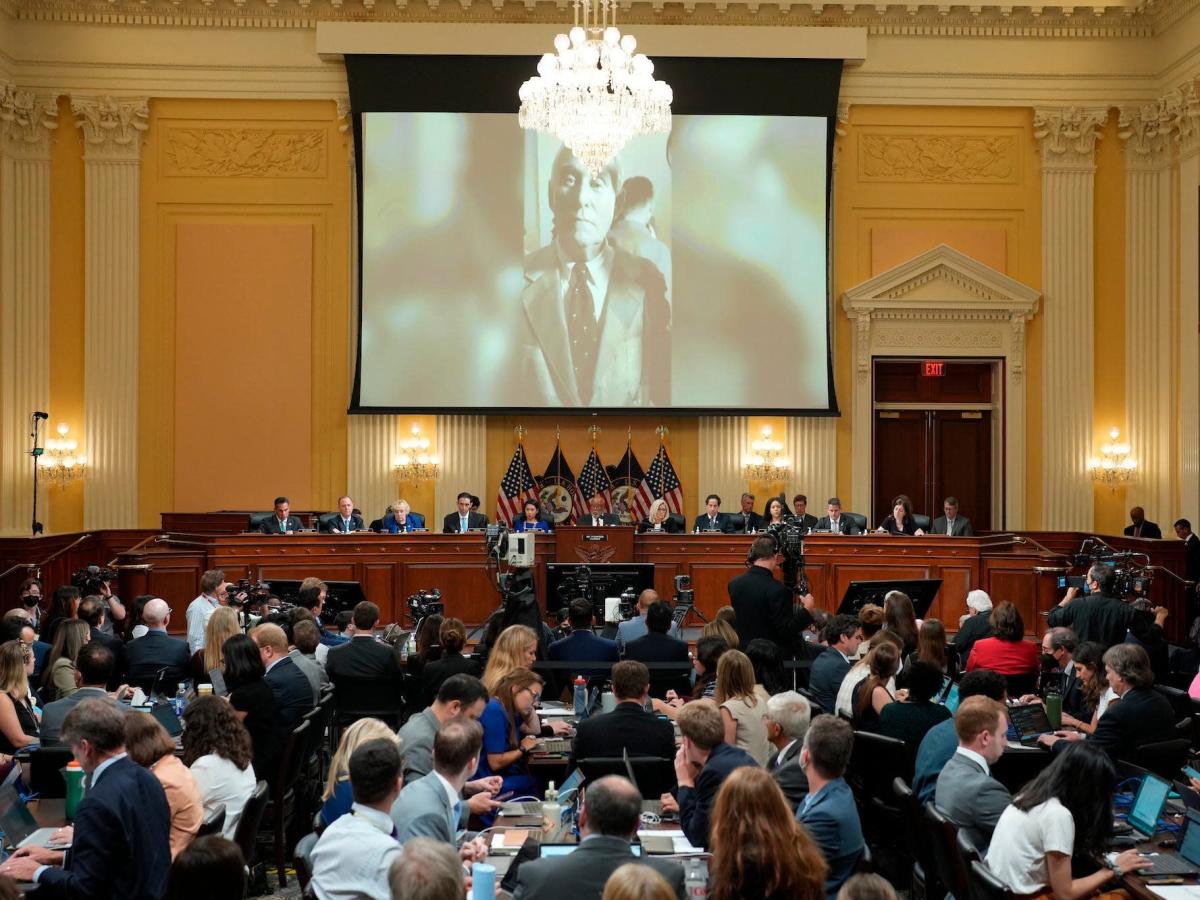 Rep. Jamie Raskin, who co-chaired the public hearing, described reciting the creed as “the first level of initiation” into the far-right group, five members of which are scheduled to be tried on seditious conspiracy charges in December.

“Stone’s ties to the Proud Boys go back many years,” Raskin said. “He’s even taken their so-called “Fraternity Creed,” required for the first level of initiation to the group.”

Video then played showing Stone in a crowded outdoor setting, saying, “Hi, I’m Roger Stone. I’m a Western chauvinist, and I refuse to apologize for the creation of the modern world.”

Tuesday’s hearing also included taped testimony from Kellye SoRelle, a lawyer who assists the Oath Keepers and a volunteer attorney for the Trump campaign.

She said that Stone and other figures brought extremists of different stripes together, and that Stone, Info War’s Alex Jones, and pro-Trump organizer Ali Alexander, led the planning for the January 2021 Stop the Steal rallies.

They “became like the center point of everything,” she testified.

Raskin said that the committee has so far shown only a fraction of its evidence, including an apparent trove of communications among extremists and people in Trump’s orbit.

Stone communicated “regularly” with both the Proud Boys and the Oath Keepers in a group chat called “Friends of Stone” in the two-month runup to the Capitol siege, Raskin said.

“Encrypted chats obtained by the select committee show that Kelly Meggs, the indicted leader of the Florida Oath Keepers, spoke directly with Roger Stone about security on January 5th and 6th,” Raskin said.

“In fact, on January 6th, Stone was guarded by two Oath Keepers who have since been criminally indicted for seditious conspiracy.

“One of them later pleaded guilty, and according to the Department of Justice, admitted that the Oath Keepers were ready to use, quote, lethal force if necessary against anyone who tried to remove President Trump from the White House, including the National Guard.”

Stone also has had years-long ties to the Proud Boys, whose leaders are accused by federal prosecutors of leading the breach of the Capitol.