The fight for the Donbas could turn the tide of war in Ukraine. Here’s why Russia wants it. 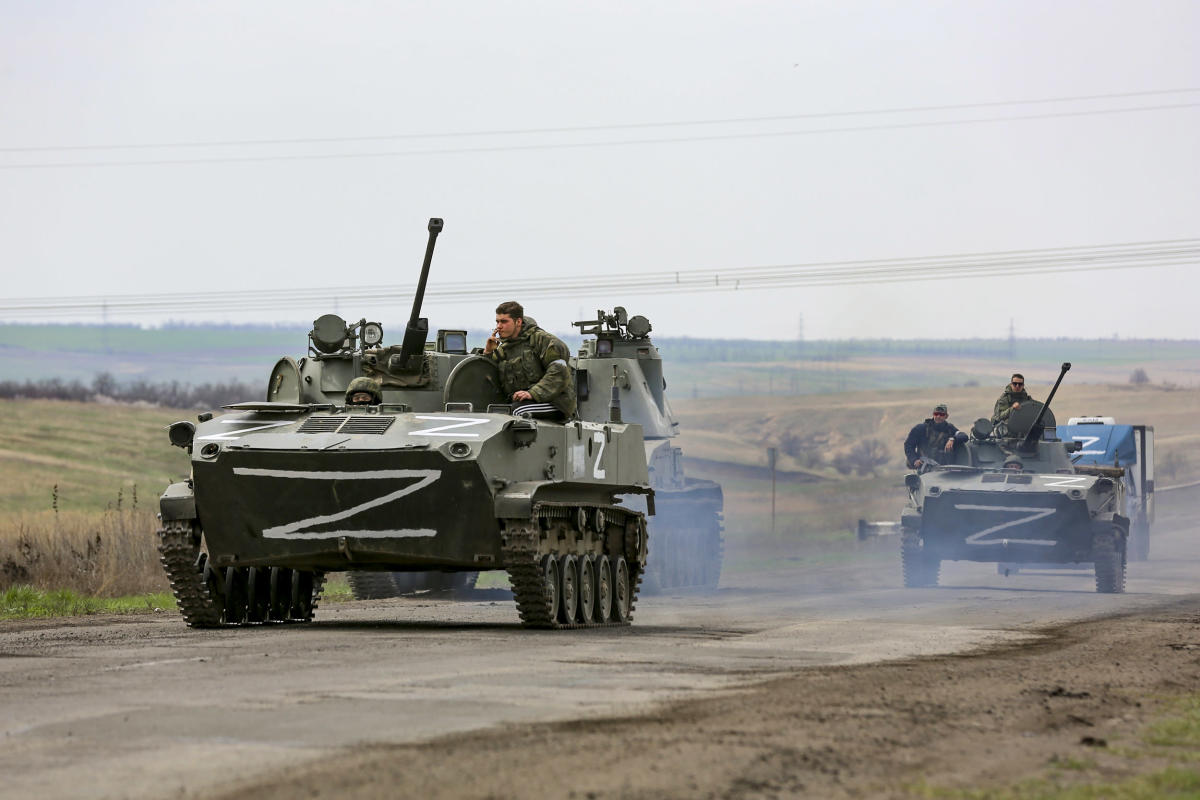 ON THE ROAD TO KYIV, Ukraine — For weeks Ukraine and its western allies have been waiting for Russia’s promised offensive in the Donbas — an eastern region of the country that borders Russia — in the wake of Moscow’s hasty retreat from around the capital, Kyiv.

Now, that offensive has begun.

With troops concentrated for a major ground assault, airstrikes bombarding cities and Ukraine’s forces steeling for what could be a series of decisive battles, many expect this Russian offensive to be better equipped and organized than the failed first phase of the war.

So why has Russian President Vladimir Putin refocused his military’s efforts on this region of eastern Ukraine, and what should we expect in the days and weeks to come? NBC News takes a look.

From industry to invasion

Simply put, the region is of territorial and ideological significance and making gains there could provide the Kremlin some form of victory after struggling to achieve its initial objectives in the war.

Valeriy Akimenko, a senior research associate at Conflict Studies Research Centre, said that Russia sees the land as valuable and “as historically Russian, ‘gifted’ to Ukraine during the Soviet era.”

“It is also part of the ‘Russian World’ concept Moscow aims to construct,” he added.

The region, almost twice the size of Belgium, is an industrial powerhouse filled with valuable coal and metal deposits and processing centers as well as strategically important ports on the Sea of Azov, which sits between Russia, Crimea and Ukraine.

Since Russia illegally annexed Crimea in 2014, Moscow-backed separatists have battled Ukrainian forces in the Donbas. The conflict lasted eight years and killed an estimated 14,000 people, according to the United Nations, until Russia invaded its neighbor nearly two months ago.

That move followed Putin’s recognition of the independence of two breakaway regions in eastern Ukraine, the self-proclaimed “Donetsk People’s Republic” and “Luhansk People’s Republic.” They are named after the two main areas that together make up the Donbas.

“Technically, the aim of the Russian ‘operation’ is to ‘defend Donbas’, one of the narratives promoted [by the Kremlin],” Akimenko said. “Thus, the capture of Donbas would allow Russia to claim success [and] declare ‘victory,’ interim as that might be given Russia’s evidently greater ambitions.”

But with casualties mounting and western sanctions hitting his economy, the so-called “liberation” of Donbas might prove appealing — particularly if it arrives in time for Russia’s annual Victory Day on May 9.

While all eyes have been on Kyiv, Ukrainian forces have long been fighting in defense of eastern Ukraine.

It’s a location where some of the bloodiest battles have occurred over the past eight weeks, from towns near Kharkiv in the north to Mariupol in the south, where Ukrainian forces are desperately battling to maintain a foothold in the crucial port city under siege.

Now that Russian forces have regrouped in Ukraine’s east and south, the expectation by both Ukrainian state officials and outside observers is that Moscow will try to take the territory and begin an offensive from there, especially after its efforts to occupy Kyiv failed.

“The operating assumption is that once the effort to invade Ukraine from multiple fronts has failed, then Russia decided to recalibrate its offenses and start to focus all its forces on one region in the hope that that will enable Russia to break through Ukrainian defense lines,” said Udi Greenberg, a historian of modern Europe at Dartmouth College

Victory for Russia then could be to annex the Donbas, slicing off a significant portion of Ukraine and depriving the country of access to those resources that make the region so valuable. Or, if they believe they could see further success, Russia could use the territory as a launching pad to continue its offensive through the rest of the country.

But Ukraine and its military, which has been able to maintain heavy resistance and produced effective counterattacks in the region, sees neither of those options as tenable.

The Ukrainian military said that over the past 24 hours its forces had repelled seven Russian attacks in the Donbas that were supported by strategic bombers, drones and surface-to-air missile systems.

The country has created a defensive belt through the heart of the region, from the north to the southeast, according to Leonid Polyakov, Ukraine’s former vice minister of defense, who has remained in Kyiv through the war.

Polyakov said that the Ukrainians are keeping their forces highly maneuverable to find weak points in the Russian lines and attempting to encircle their foes, but he admitted they have also been forced back at points by Russia’s greater numbers.

That includes one town in the Donbas, Kreminna, where local officials said Moscow’s troops had seized control in the hours after launching their intensified assault.

The Russians have resisted Ukrainian counterattacks toward occupied territory in Donbas in Kherson, a city on the Black Sea, and Zaporizhia, an industrial city further north on the Dnipro River. That has become a key offensive line for Russian forces, as it creates a corridor to supply chains maintained in Crimea.

The fighting can often see the two sides push each other back and forth without any significant change in the overall battlefield picture.

“This is what we call ‘dancing in Donbas,’” Polyakov said.

Ukrainians remain optimistic that they can win this war. But they see the fight as one not just being waged on the ground and in the air with Russia, but as a constant struggle to secure more support from their partners in the West that they say could prove decisive.

Oleksiy Arestovich, an adviser to Ukraine President Volodymyr Zelenskyy, said in a social media post that the battle for Donbas was essential to the country and its “outcome will determine the fate of this phase of the war.”

While Russian forces may occupy cities and towns and kill Ukrainian troops, he remained confident that the Ukrainian military would maintain an “active, mobile defense” and beat back their invaders.

“The forces that the Russians have accumulated in the Donbas region are not enough to achieve their goals, these forces are disparate and weakened,” he said. “The only justification for this attack is the political will to move forward and the inability of the military to convince the Russian political leadership that they cannot achieve their goals.”

The main challenge for Ukraine remains the same: acquiring enough weapons for the battles ahead.

Polyakov said they have enough troops, pilots, gunners, missile crews and tank crews, but they don’t have enough ammunition, jets, guns, missiles and tanks to keep up the resistance and push the Russians from their land.

“There is a direct link in how much our civilians suffer in captured regions like Donbas and how quickly our partners and allies can overcome their bureaucracy and deliver what they can to us,” he said.