The evangelical world remains confusing to many because it is ‘invisible’ to them, author says 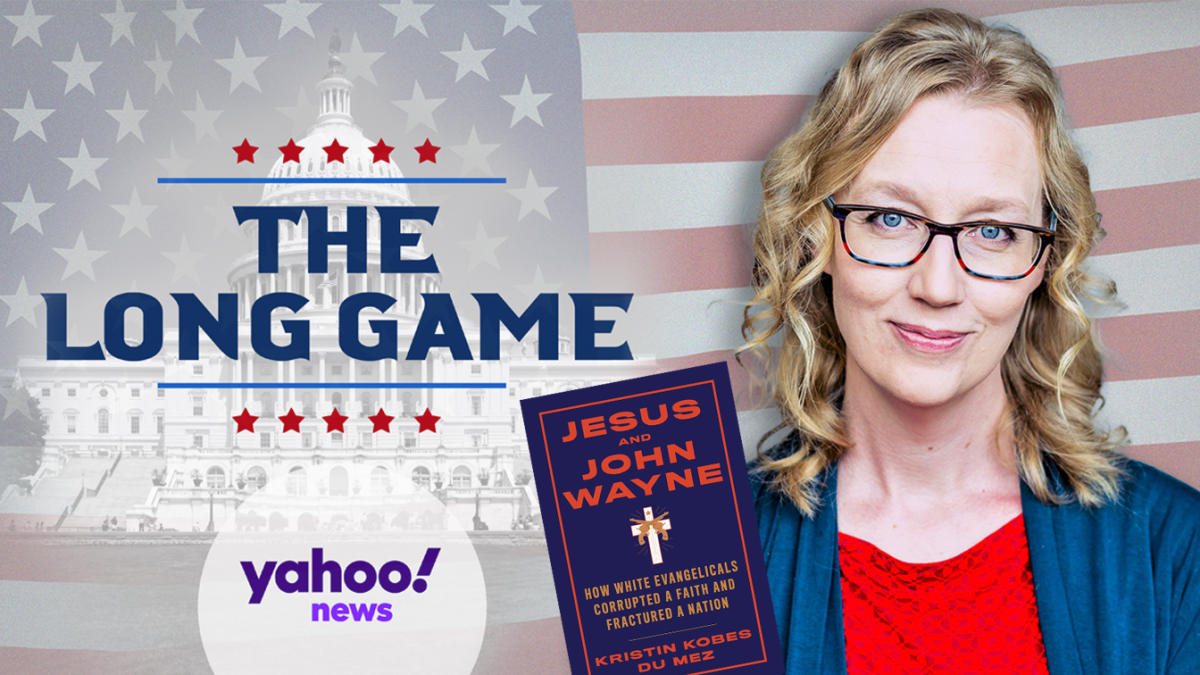 Evangelical Christians have been a subject of head-scratching puzzlement to many other Americans for years, but the author of a popular book analyzing the group says that’s because their views are formed by an entire subculture that is “invisible” to others.

“Most non-evangelicals are not aware of the culture of evangelicalism and just how influential it is on ordinary evangelicals,” said Kristin Kobes Du Mez, author of “Jesus and John Wayne: How White Evangelicals Corrupted a Faith and Fractured a Nation,” a New York Times bestseller released in 2020.

Du Mez, a professor of history and gender studies at Calvin University — a private evangelical college — said the evangelical subculture begins at an early age, with “youth group culture” and separate systems for education, from home schooling to private Christian schools that begin in kindergarten and extend up through college, like Calvin itself. There is also the “consumer culture” of Christian publishing, Christian radio, Christian music, online media and other inputs.

“There’s a whole universe out there that really forms the faith of ordinary evangelicals. And it is largely invisible to people outside this community,” Du Mez said in an interview on “The Long Game,” a Yahoo News podcast. “These sources are really formative for shaping their understanding of what is good and true.”

One of the arguments in Du Mez’s book is that evangelical Christians believe that their worldview derives from the Bible, when it has in fact been shaped more by American popular culture.

“They primarily identify as Bible-believing Christians. … That’s their brand,” she said, arguing that instead, it is “cultural and political allegiances [that] actually shape the ways in which they understand what is biblical.”

Evangelicalism, she writes in the book, is a “historical and cultural movement forged over time by individuals and organizations with varied motivations — the desire to discern God’s will, to bring order to uncertain times, and for many, to extend their own power.”

Du Mez’s book makes the case that American culture, not the Bible, has shaped the beliefs of many American evangelicals, most of them white conservatives, about gender roles, what it means to be strong, and the definition of true power and how to properly use it.

The book documents decades of evangelical literature that describes Jesus as a “warrior God.” Du Mez says conservative evangelicalism has long been grounded in views of male domination over women, the idea that the United States is God’s chosen country and that it must be defended at all costs and by any means necessary, and a fear of any threats to white racial identity.

“Jesus and John Wayne” has been criticized by numerous conservative religious writers. Some have accused Du Mez of spreading “false teaching,” a serious allegation among evangelicals. But much of the pushback from conservatives has been measured in tone and has included an acknowledgment that the patterns she documents are troubling.

Du Mez began writing the book after a recording of Donald Trump’s comments to the host of “Access Hollywood,” Billy Bush, was leaked to the public in the weeks leading up to the 2016 presidential election.

She was not surprised by how quickly many evangelicals forgave Trump after they heard the bombshell recording, and the second half of her book discusses her theory as to why he did not lose favor with evangelicals after the episode. It explores connections between conservative views on gender roles and how churches handled cases of sexual misconduct and abuse.

Du Mez’s argument is that “the more an evangelical leader emphasized male authority and female submission, the more twisted his justifications for any personal scandal.”

The list of scandals involving evangelical figures and institutions was long enough when Du Mez wrote her book, but it has grown even longer since. In the past few weeks, celebrity pastors at Hillsong Church have been accused of preying on women and have resigned from their jobs; a renowned pastor, John MacArthur, has been accused of protecting a pedophile who was in leadership in his family of churches; and top former editors at Christianity Today magazine have been accused of sexual harassment in the workplace.

Other scandals in recent years include the extensive sexual misconduct allegations against Ravi Zacharias, who was celebrated by evangelicals until his death in 2020 as one of the great champions of the Christian faith. After his death, however, it was reported that he abused his power to solicit and pressure at least 200 women for sexual favors. The Southern Baptist Convention has faced turmoil over the Houston Chronicle’s revelations in 2019 that church officials routinely swept allegations of sexual abuse under the rug.

A culture that considered male authority not just as important but as a central pillar of the Christian faith itself led to patterns of protecting abusers and minimizing the effect of their actions on victims, who were usually women and children, Du Mez writes.

She concludes in her book that “evangelicals’ response to allegations of abuse in the era of Trump cannot be explained by political expediency alone.”

“Rather, these tendencies appear to be endemic to the movement itself,” she writes.