The Driver, the Officer and the Deadly Traffic Stop in Grand Rapids 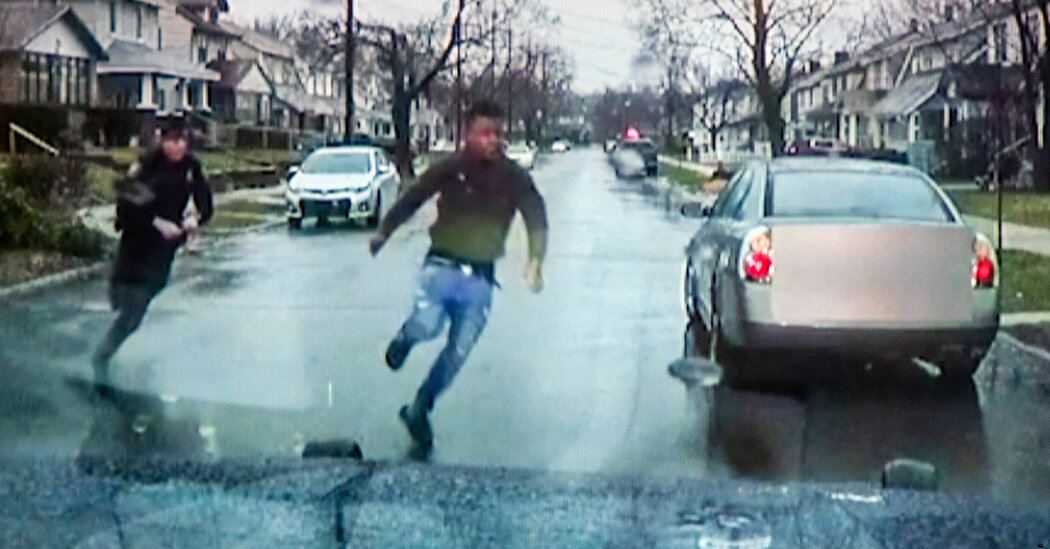 When Gabe Mukendi’s family arrived in Kentwood from the Malawi refugee camp in 2015, Mr. Lyoya was among the first to visit. He brought the family two Android phones and a pepperoni pizza from Little Caesars. Gabe, now 17, said he practiced cutting hair on Mr. Lyoya, who lived with the family for years.

“He was a really cool guy, and he was very giving,” Gabe said.

But Mr. Lyoya also got into trouble. In August 2015, when he was 19, he was charged with driving while drunk, but failed to appear at three subsequent hearings. He was arrested more than a dozen times, mostly for misdemeanors involving cars, but he also faced three charges for domestic violence, including a 2017 case in which a police officer said Mr. Lyoya was “highly intoxicated.” Fines ballooned. He did stints in jail — a few days here, a month there. Substance-abuse and alcohol assessments were twice ordered; the results are not public.

Daniel Burns, a defense lawyer who represented Mr. Lyoya in an early case, said he first ran into Mr. Lyoya in the lobby of the Kentwood District Court.

“He was confused about his case, and he was having difficulty,” said Mr. Burns, adding that Mr. Lyoya seemed sincere and hardworking. “He presents with an innocence. I think it’s the language. He takes his time to respond, to make sure he’s calculating everything, understanding everything correctly.”

His jobs were factory gigs. When Mr. Lyoya filled out a court form in mid-2016, he misspelled both his apartment’s street name and his employer of one year, something he called “Mondel Service,” which didn’t exist. He said he earned $320 a week. He later worked at a turkey processing plant in 2018, but left after a co-worker stabbed him in the belly, his family said. More recently, his parents said, he worked at an auto parts manufacturer.

In August 2020, he wrote on Facebook that he wanted to stop messing up as the firstborn son. He also had fathered two daughters by then. “This year, I’m tryin,” he wrote. He added: “We can be average.”