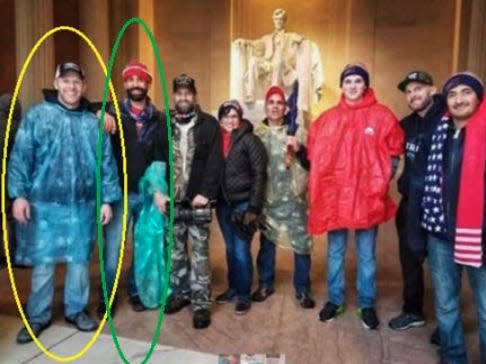 Days before driving from Ohio to Washington, DC, Stephen Ayres was thinking about his legacy as he looked ahead to January 6, 2021.

“History is being made right in front of your eyes! When your grandchildren ask ‘Where were you when………..happened?’ What’s your answer going to be?” Ayres wrote in a January 2, 2021, post on Facebook.

For Ayres, the answer is growing increasingly complicated. After entering the Capitol and pleading guilty last month to a disorderly conduct charge, Ayres is now set to testify publicly before the House committee investigating the January 6 attack.

Ayres’ testimony is expected to underscore how former President Donald Trump summoned supporters to Washington, DC, for the day Congress was set to certify his defeat in the 2020 election. As the hearing began Tuesday, Rep. Jamie Raskin, a Maryland Democrat, pointed to an early-morning tweet Trump posted as he grew increasingly desperate and dissatisfied with his options for clinging to power.

It was an “explosive invitation,” Raskin said, in which Trump called for a “big protest” and said: “Be there, will be wild.”

“Trump’s 1:42 a.m. tweet electrified and galvanized his supporters, especially the dangerous extremists in the Oath Keepers, the Proud Boys, and other racist and white nationalist groups spoiling for a fight against the government,” Raskin explained.

That tweet also caught Ayres’ attention. Attached to his January 2 post on Facebook was an image of a poster stating: “January 6th Washington, DC, the president is calling on us to come back to Washington on January 6th for a big protest – ‘Be there, will be wild.”‘

The Justice Department cited Ayres’ Facebook post in connection with his prosecution on charges stemming from the January 6 attack. A week before that January 2 post, on December 26, 2020, Ayres posted on Twitter: “If the [deep state] robs president Trump!!! Civil War will ensue!”

A family member of Ayres’ took a screenshot of that post and others and provided them to the FBI, according to court filings.

In court filings, federal prosecutors alleged that Ayres marched to the Capitol after attending the “Stop the Steal” rally near the White House. Later, after rioters breached the makeshift police barricades, Ayres entered the Capitol shortly before 3 pm on January 6 and remained inside the building for about 10 minutes, prosecutors said.

The following day, Ayres appeared on a video posted to YouTube showing him inside a hotel room with another man and a woman.

“It’s not over, trust me. The purpose of today was to expose Pence as a traitor,” the man said in the video. The woman responded that that “the American people are not going to let this slide, especially after today.”

Ayres is set to be sentenced September 13. He faces up to a year in prison.