The Caretakers of Women’s Pandemic Stories 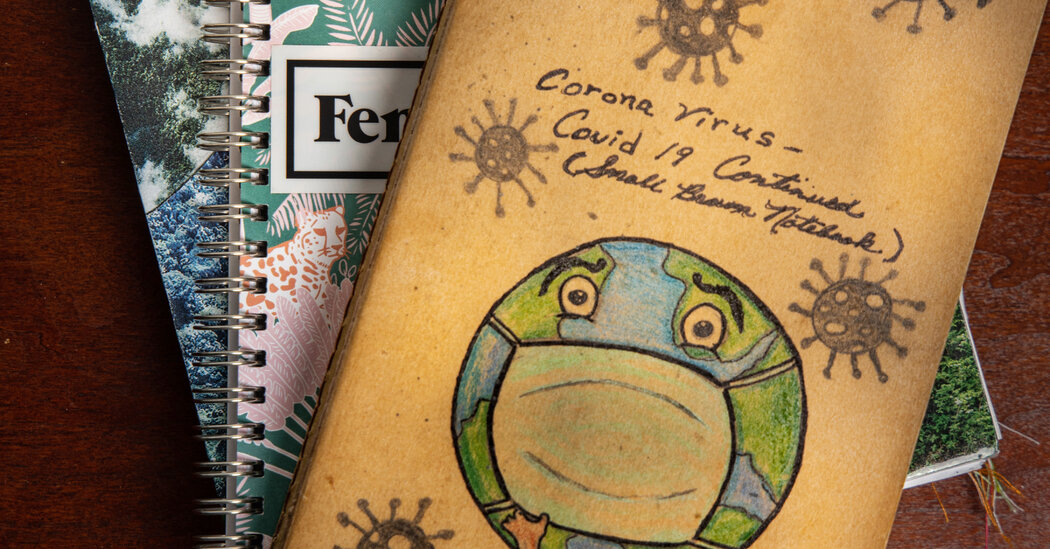 ‘From the Corona Files’ by Jane Hertenstein

As soon as some restrictions lifted in May 2020, Hertenstein began a cross-country bike trip to see her daughter in Seaside, Ore., cycling 2,500 miles. “After staying with her for a few weeks, I went back to Chicago, but nothing felt right; my life was off in so many ways,” she said. So she returned to Oregon in December 2020 and stayed for a few more months. All that time, in a single Word doc, she recorded her experiences, such as receiving her first dose of the vaccine.

Wednesday, March 3, 2021 I got the first shot of the Pfizer vaccine. My daughter and I here in Oregon drove to a Walgreens and waited, then were called into a room together. The nurse explained which shot we were getting and any after effects such as soreness in the injection area.

What was it I felt? Not the needle, not the pain (there wasn’t any) but relief.

Then I cried. I burst into tears when a minute before we’d been joking around. My daughter and the nurse gave me a second as I sobbed, my face in my hands. I couldn’t believe it, Luck? Destiny? God’s grace? Why me? But, yes, I’d made it. I was alive.

Violence against Asian Americans has been on the rise since the beginning of the pandemic. In the summer of 2020, Con, who grew up in Taiwan and has lived for decades in the American South, typed up her phone call with a repairman who refused to serve a Japanese American tenant. “It was a bitter fact that I had to endure,” she said.

Masuka was a model tenant. Rent directly deposited into my bank account before the due date. Grass edges trimmed clean, neat, like a piece of tofu. My drowsy little house refreshed after he scrubbed down the tired red bricks with his water hose and brush. I wished his lease was longer than a year.

Randy, my plumber for 20 years, maintained all my rental houses and dashed to my rescue time and again with gallantry. I never had the need to look for a plumber — there was always Randy.

After Masuka reported a problem with his toilet’s flapper, I asked Randy to fix it. Then I received a call from Randy: “Ms. Con, I went to your downtown house. Was the man inside from Wuhan? He had a mask on. I was afraid to go in. I am sorry, Ms. Con, please find someone else.”

“Randy, Masuka is from California, an American citizen, not from Wuhan,” I said. “Just keep a six feet distance. It will be all right.” Randy was always calling me a China doll and envied how lean Asian people were. What happened now?