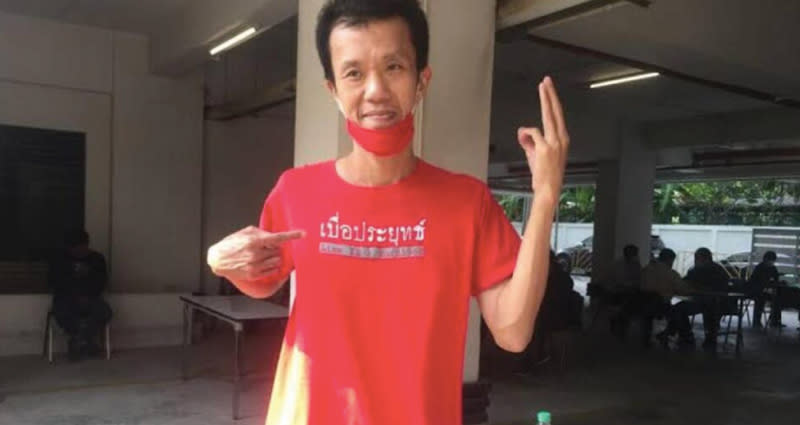 A Thai pro-democracy activist will spend another year in prison after sharing Facebook posts detailing his sexual experiences inside an all-male prison in Bangkok.

Ekachai Hongkangwan, 47, previously spent two years and eight months in prison for threatening Thailand’s Queen Suthida and blocking her royal motorcade during a mass protest in 2021. In Oct, 14, 2020, he was charged with lèse-majesté, or the defaming or threatening of a sovereign power.

The Supreme Court of Thailand charged Ekachai with violating the Computer Crime Act for uploading “obscene material online.” Hongkangwan shared a series of posts in 2017, called “My First Prison Life,” in which he described his sexual experiences in the all-male Bangkok Remand Prison.

The court stated that although his posts used words instead of photos or videos, he would not have faced punishment if he avoided using obscene language.

Ekachai explained he did not intend to upload obscene material and was trying to push for better prison conditions by sharing his experiences with people unaware of prison life. He said his accounts of his sexual experiences added insight into prison life.

His relatives have requested for Ekachai to be let out on bail while they await the Supreme Court of Thailand’s final verdict in two to three days.