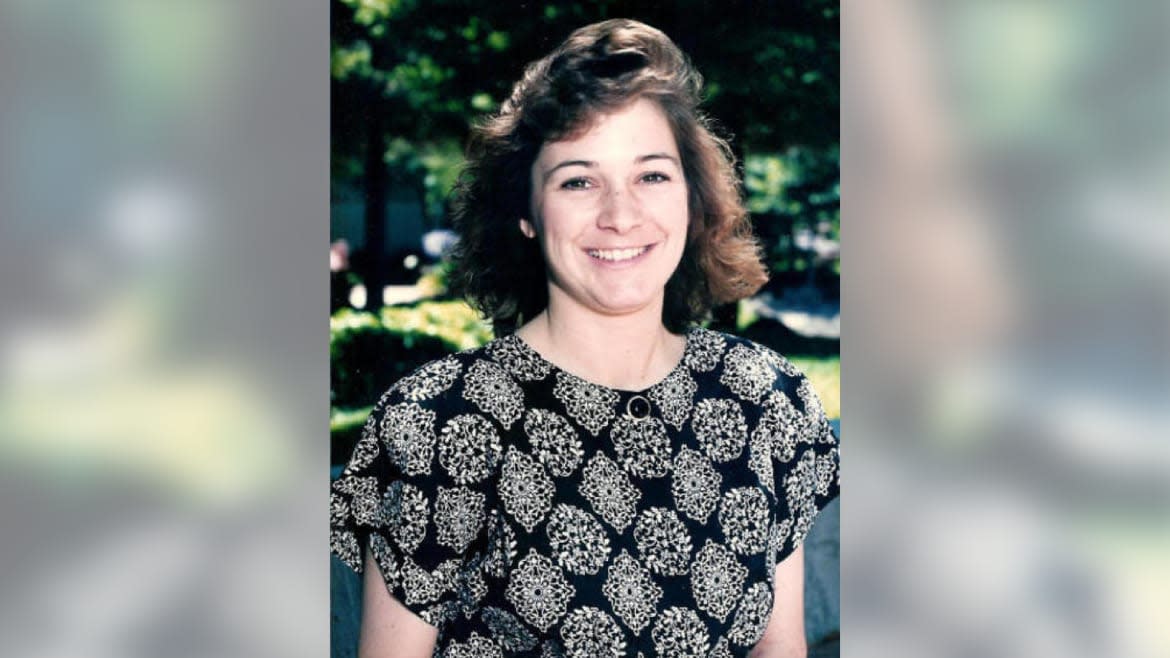 On Sept. 5, 1992, computer engineer Laurie Houts, 25, was found fatally strangled in her car near a California garbage dump. Her boyfriend’s roommate was arrested in connection with the case, but two trials—and two hung juries—later, a judge dismissed the case. The roommate moved to the Netherlands soon afterward.

Over the weekend, the roommate—now the chief executive of a small software company—was arrested as he landed at John F. Kennedy International Airport in New York City, according to the Santa Clara County Office of the District Attorney.

John Woodward, the 58-year-old CEO and president of ReadyTech, is expected to be extradited to Santa Clara County by the end of the month, District Attorney Jeff Rosen said Monday. Once there, Woodward will be arraigned for the third time in Houts’ murder by strangulation.

“I was thrilled and very excited,” Houts’ sister told The Mercury News. “Then you come down off that. Nothing is going to bring your loved person back. They’re gone. Even if it feels good in a way to have justice, it doesn’t cure the problem. It’s not like if you win, you get your sister back.”

Houts’ body was discovered by a passerby less than a mile from her office at Adobe Systems in Mountain View more than 30 years ago, according to the San Francisco Chronicle. A rope was around her neck, and there were footprints on the inside of her windshield, which were called “a sign of her struggle with Woodward” by the district attorney’s office.

Forensic science at the time was able to match Woodward to fingerprints found outside the car, but investigators could not prove that he had been inside the vehicle.

Still, when Houts’ boyfriend made a call, monitored by police, to Woodward soon after the 25-year-old’s death, he “did not deny” killing Houts. Instead, according to a police summary of the matter, Woodward asked what evidence the authorities had against him and suggested to the roommate that they “meet in a parking lot” to talk more.

Woodward, who had no alibi for the night Houts was killed, was arrested that same year. Prosecutors alleged that Woodward had developed an “unrequited” romantic interest in Houts’ boyfriend. The theory was criticized as homophobic at Woodward’s first trial by his defense lawyer in 1995, the The Mercury News reported Monday, and the jury deadlocked on his innocence, voting 8-4 for acquittal.

A year later, despite a judge barring the romantic-rival argument, the jury hearing Woodward’s second trial again hung itself, this time ruling 7-5. The judge soon dismissed the case for insufficient evidence.

But advances in DNA technology allowed detectives to link Woodward to the rope around Houts’ neck for the first time last year, Rosen’s statement said. Investigators in both the Santa Clara County Crime Lab and Mountain View Police Department matched both Woodward’s genetic material and fibers on his sweatpants to “the murder weapon,” police said.

Woodward was arrested after federal agents alerted local authorities to his imminent arrival from Amsterdam. Dutch authorities, the district attorney said, had also obtained a warrant and had seized a number of electronic devices from his home and business.

ReadyTech, which is headquartered in Oakland and has an office in the Netherlands, did not immediately reply to an email sent by The Daily Beast to the company’s general information address.

“I want Ms. Houts’ family and friends to know that we never gave up on her,” Rosen said Monday. “Neither time nor distance will stop us from finding out the truth and seeking justice.”

“The way Laurie lived and treated people was a stunning example of what was right in the world,” they said, according to CBS News’ Bay Area affiliate. “She was a gem to so many, but her bright life was taken from us at the age of 25. We are hopeful that justice can finally be served for Laurie and incredibly appreciative of the law enforcement agencies who have never given up on her.”