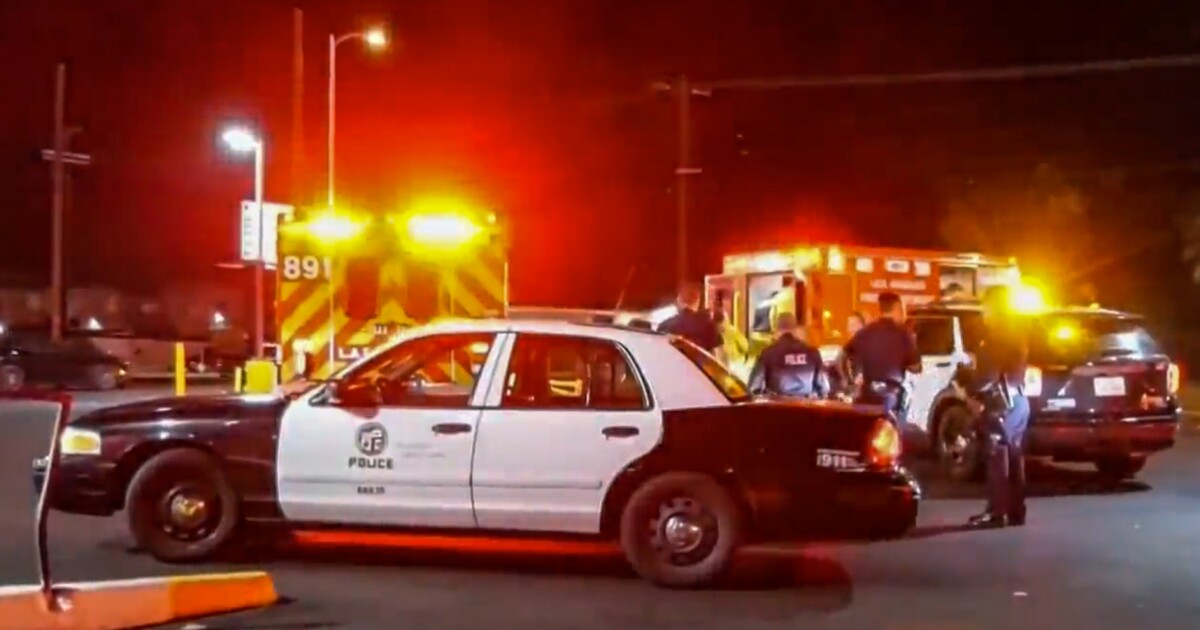 A shooting reported early Tuesday in Sylmar that left a person in critical condition is being investigated as a hate crime by Los Angeles police.

Police responded to reports of a shooting about 1:20 a.m. at a convenience store near Polk Street and Foothill Boulevard, authorities said. When officers arrived, they found the gunshot victim on the ground.

The unidentified victim was transported to a hospital in critical condition, police said.

Officers said the victim was speaking with another person when a suspect “made disparaging and offensive comments” regarding the victim’s clothing and appearance, according to KTLA.

Bamby Salcedo, president and chief executive of the activist TransLatin@ Coalition, told KTLA that she hoped “all of this hate stops.”

“Trans people and other individuals, particularly minority groups, are constant targets of violent attacks simply because of who we are,” Salcedo told KTLA

No information about the suspect was available.