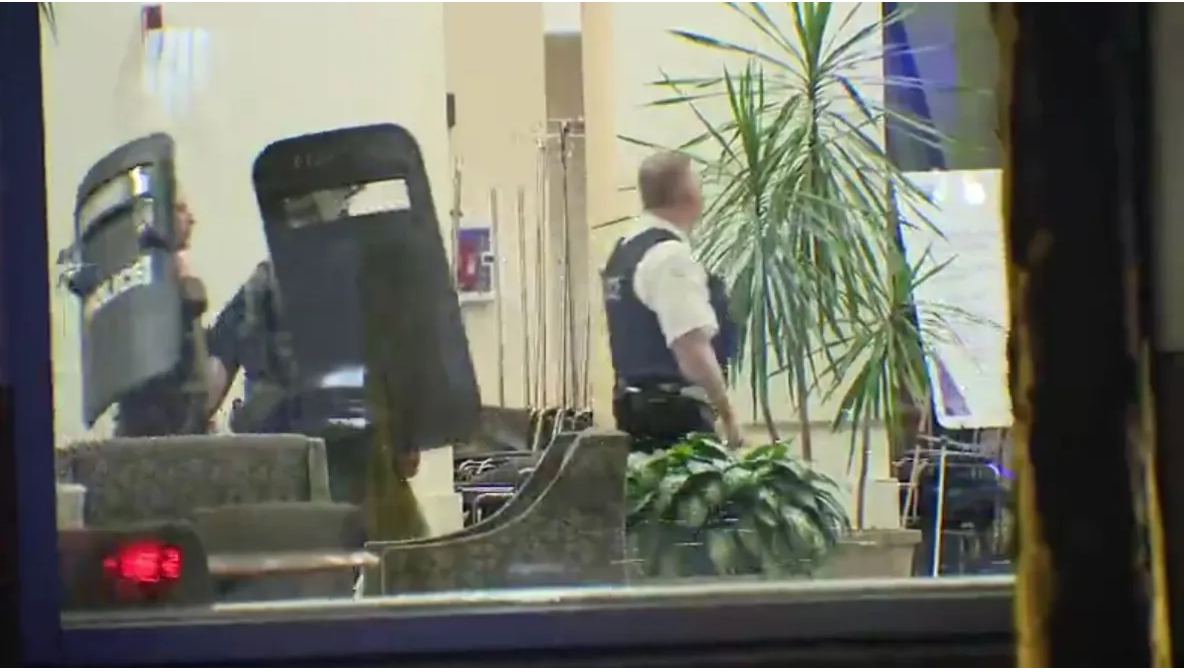 A downtown Chicago hospital was placed on lockdown for several hours and a SWAT team was deployed following a threat made against the hospital by phone, according to Chicago police.

A SWAT team was called to Northwestern Hospital in Chicago following a phone threat, according to Chicago police.
(WFLD Fox 32 Chicago)

Video captured by Fox 32 Chicago shows dozens of officers swarming the lobby of the hospital’s Feinberg Pavilion. Several of the officers were seen carrying large shields.

Just before 10:30 p.m. local time, the hospital tweeted about the incident, saying it had been on lockdown for an “Armed Intruder alert.” The hospital then confirmed that there was no active threat and normal operations had resumed.

Chicago police confirmed to Fox News Digital that a search of the hospital was conducted, and no threat was located.