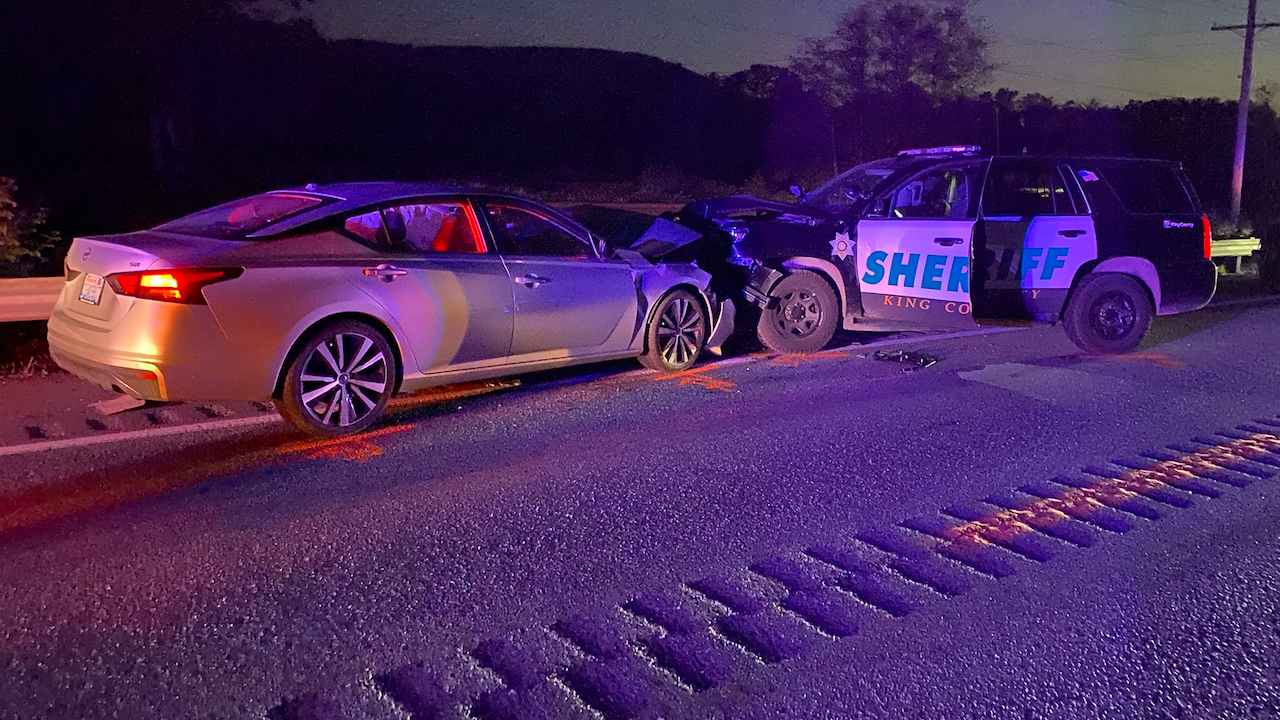 A Washington state sheriff’s deputy was injured in a head-on collision caused by a suspected drunk driver on Wednesday night, according to officials.

Authorities say the driver was booked for DUI after the crash. The injured sheriff’s deputy works with the King County Sheriff’s Department.

The crash happened in Snohomish County. State Route 2 was fully closed around 9 p.m. as authorities investigated the crash scene.

The driver who slammed into the deputy’s vehicle has been charged with a DUI.
(@wspd7pio/Twitter)

“This will likely be an extended road closure while units investigate,” Washington State Patrol trooper Jacob Kennett wrote on Twitter.

“The driver of the other vehicle involved is currently in custody for DUI,” Kennett confirmed.

Authorities closed down the road in Washington state to investigate the crash that involved a deputy on Wednesday night.
(@wspd7pio/Twitter)

“The investigation is still on going and we appreciate your patience,” Kennett added.

No other details about the crash or the suspect were immediately available.