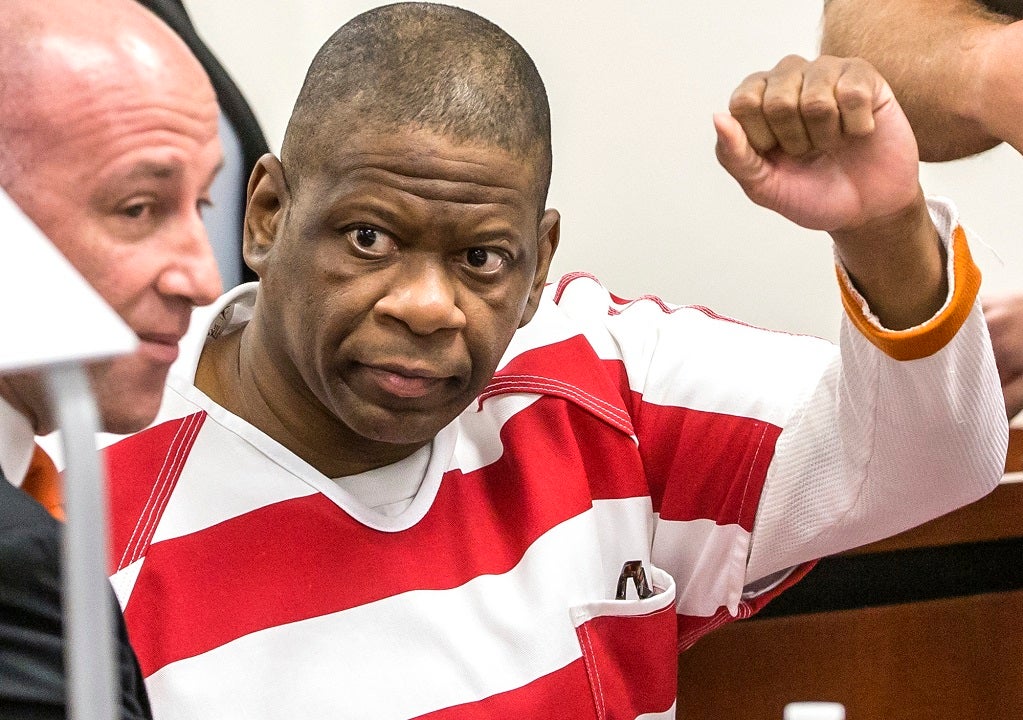 A Texas death row inmate convicted of the 1996 murder of a 19-year-old woman will have his case heard by the Supreme Court later this year.

Rodney Reed, 54, has long maintained his innocence in the killing of Stacey Stites, claiming that DNA testing will clear his name.

Prosecutors say that Reed raped and strangled Stites in Bastrop, a town about 30 miles southeast of Austin.

Reed’s attorneys have claimed that Stites’ fiancé, Jimmy Fennell, actually killed her because he was mad that Stites was having an affair with Reed.

In this Oct. 13, 2017, file photo, death row inmate Rodney Reed waves to his family in the Bastrop County District Court in Bastrop, Texas.
(Ricardo B. Brazziell/Austin American-Statesman via AP, File)

Fennell, who was released from prison in 2018 after serving time for sexual assault, denies killing Stites. Prosecutors said that Reed has also been accused of multiple other sexual assaults, though he was never convicted.

Reed’s case has attracted the support of various celebrities, such as Beyonce, Kim Kardashian, and Dr. Phil, as well as politicians on both sides of the aisle, including Sen. Ted Cruz, R-Texas, and various Texas state lawmakers.

The Texas Court of Criminal Appeals halted Reed’s execution in November 2019 just days before he was set to die by lethal injection.

State District Judge J.D. Langley did not recommend a new trial for Reed last year after reviewing the case, writing that Reed “has not proven by clear and convincing evidence that he is actually innocent.”

The Supreme Court will decide whether the statute of limitations for new DNA testing of evidence in the case has run out.