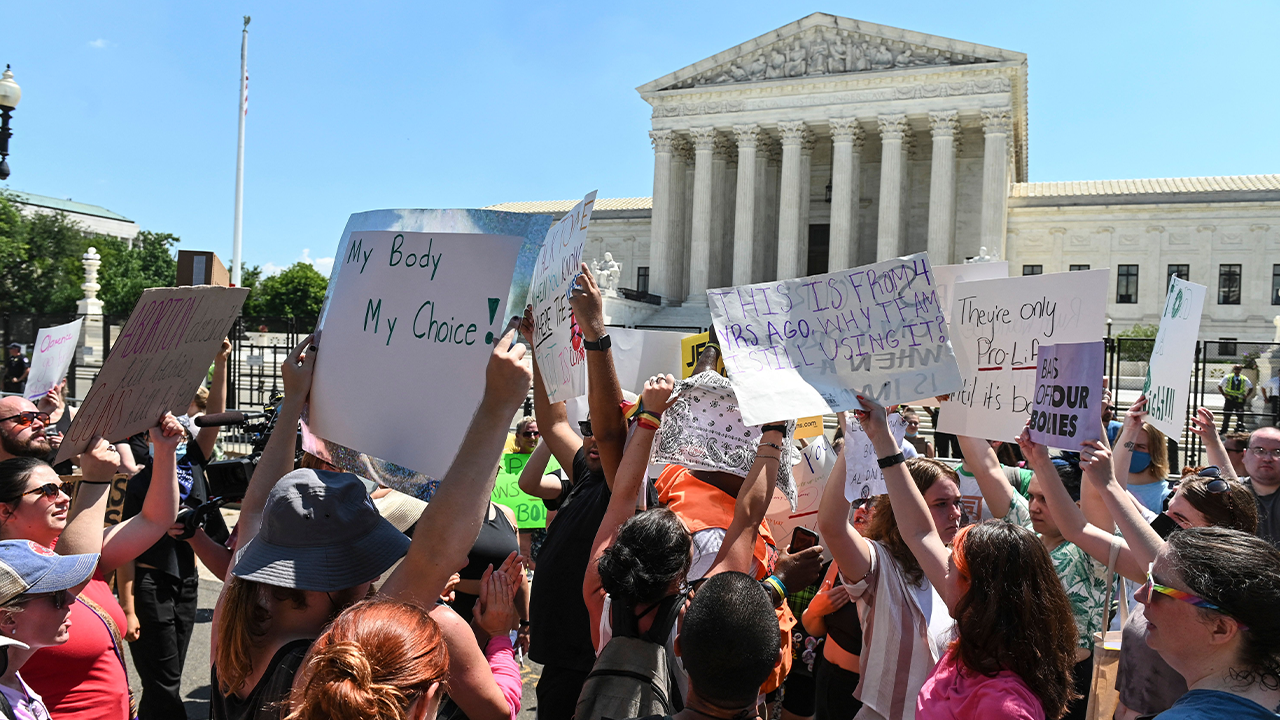 After the Supreme Court’s decision in Dobbs v. Jackson Women’s Health Organization, a common rallying cry for pro-choice advocates has been the endangerment of women with ectopic pregnancies who would now be barred in some states banning or severely limiting abortion services.

Reps. Judy Chu, D-Calif., and Jan Schakowsky, D-Ill., and others have insisted that women with such pregnancies are now without protection. Rep. Alexandria Ocasio-Cortez, D-N.Y., even used the issue to justify hounding and harassing justices eating in public: “Poor guy. He left before his soufflé because he decided half the country should risk death if they have an ectopic pregnancy within the wrong state lines.” These views have been amplified by academics like Harvard Professor Laurence Tribe.

It is a great talking point, but it just happens to be untrue as both a legal and medical matter. Worse yet, this common claim could be putting women at risk by suggesting that they might be legally at risk if they seek such treatment.

There are obviously good-faith objections to the Dobbs decisions on the underlying constitutional interpretation. However, critics have created a parade of horribles that extend beyond that opinion, including arguments expressly rejected by the court. That includes President Biden, who repeatedly suggests that contraceptives and travel for women could be now curtailed under the decision.

The majority expressly and repeatedly rejected the application of this holding to these other rights. It stressed “intimate sexual relations, contraception, and marriage” are not impacted by its holding because “abortion is fundamentally different.” The court and Justice Brett Kavanaugh’s concurrence return to the point again and again: “Nothing in this opinion should be understood to cast doubt on precedents that do not concern abortion.” Only Justice Clarence Thomas suggested that these other cases should be examined, yet even he stressed this opinion expressly rejects that application.

Justice Clarence Thomas joins his colleagues for a group photo at the Supreme Court in Washington, April 23, 2021.
(Erin Schaff-Pool/Getty Images)

However, the ectopic pregnancy talking point is not just false, it is dangerous. These pregnancies can be life-threatening and must be addressed as soon as possible. These interventions are not abortions and even restrictive states expressly state so.

When a pregnancy implants in the fallopian tube, it is not a viable pregnancy but it creates a potentially fatal risk for the mother from tubal rupture and internal bleeding. Removing such a pregnancy is not an abortion. Indeed, as noted in a recent column, the procedures are vastly different, including the fact that “mifepristone and misoprostol, used commonly to provide medical abortions, specifically do not treat a pregnancy outside of the uterus.”

Pro-choice advocates gather outside the Capitol on April 5, 2022, in Oklahoma City to protest several anti-abortion bills being considered by the GOP-led Legislature.
(AP Photo/Sean Murphy)

This is reflected in some of the most restrictive laws. Oklahoma’s law, for example, expressly states, “An act is not an abortion if the act is performed with the purpose to… remove an ectopic pregnancy.” Texas, Louisiana and other states have the same express exemption. However, even if the law were silent on ectopic pregnancies, it is doubtful that the courts would ignore the medical and factual classifications to treat such emergency procedures as abortions or ignore that the mother’s life is in danger from such pregnancies.

In the New Yorker, Jia Tolentino wrote that “abortion bans will hurt, disable, and endanger many people … who encounter medical difficulties… One woman in Texas was told that she had to drive fifteen hours to New Mexico to have her ectopic pregnancy—which is nonviable, by definition, and always dangerous to the mother—removed.” That is based on a story from 2021, before the Dobbs decision, and an account from an abortion hotline of a doctor refusing to deal with an ectopic pregnancy. It is not explained how such a procedure, even when Roe v. Wade was still good law, could be denied under Texas law.

A woman reading such accounts or listening of Ocasio-Cortez might easily conclude that she could be charged with a crime or face other legal penalties if she sought treatment for an ectopic pregnancy in restrictive states. These politicians stress that time is of the essence and that such a loss of time in an ectopic pregnancy could prove lethal. Yet, their false claims could have precisely that effect.

It is precisely the type of disinformation that many of these same leaders have called to be censored. Indeed, this year, Ocasio-Cortez continued her call for corporate censorship on social media because of “disinformation through U.S.-founded companies like Facebook that have absolutely slowed and frankly sabotaged” efforts in areas like COVID treatment. Many have rallied to this anti-free speech cause. Indeed, recently, another medical professor was suspended for simply calling for a discussion of concerns over the need for COVID vaccines of children.

I remain opposed to government and corporate censorship of disinformation, including the false statements made by Ocasio-Cortez. Like many of the false claims surrounding the Dobbs decision, these issues can be addressed without curtailing free speech.

However, President Biden and other Democratic members have called for censorship because social media companies are “killing people” with disinformation. That is precisely what could occur if women believe the claims of politicians and pundits on these ectopic pregnancies.

Jonathan Turley is the Shapiro professor of public interest law at George Washington University and a practicing criminal defense attorney. He is a Fox News contributor.