Steve Bannon Has a Very Bad Day in Court 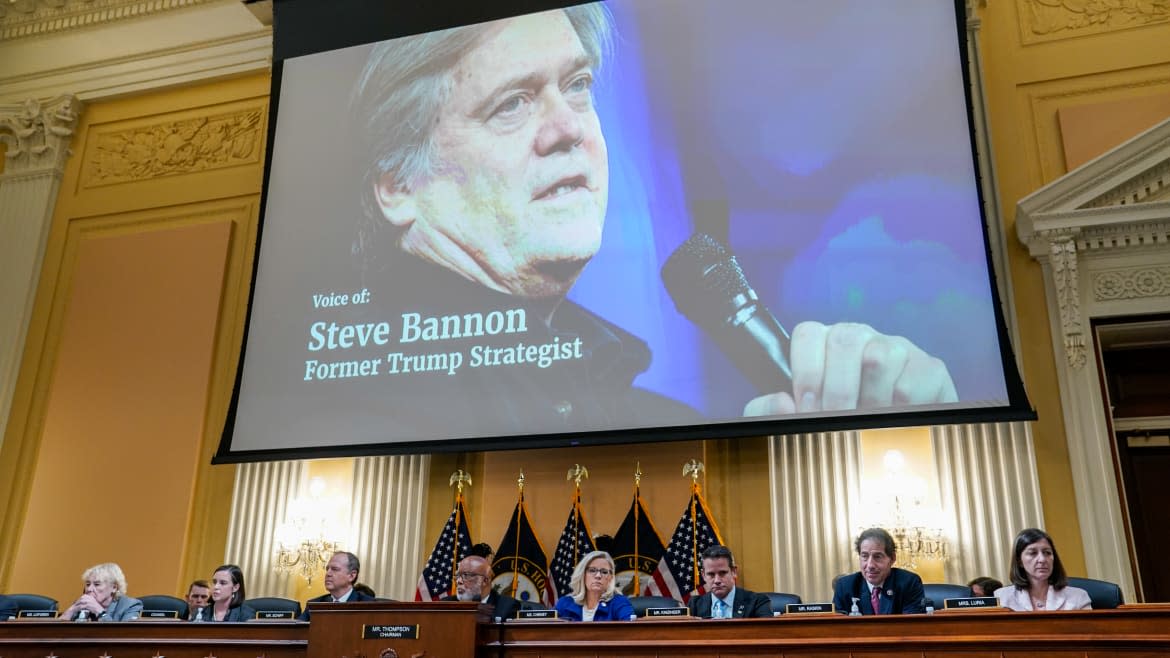 A Trump-appointed federal judge at a pretrial hearing on Monday denied Bannon’s request to delay proceedings in his criminal contempt case, which is set to begin next Monday. The ruling came despite the ex-Trump adviser’s sudden willingness to testify before the House Jan. 6 committee, an about-face triggered by a Saturday letter from the former president himself, waiving the executive privilege that had supposedly muzzled Bannon.

But that’s not all U.S. District Judge Carl Nichols did at the hearing. He also tore to pieces a number of defenses that Bannon’s team had been seeking to use, declaring them irrelevant to Bannon’s case in remarks that lasted nearly an hour, according to Politico.

The onetime White House chief strategist flouted the subpoena the Jan. 6 panel issued him last September, which would have compelled him to answer their questions. Less than three weeks after the Oct. 16 deadline to appear, he was indicted on two counts of criminal contempt of Congress, each of which carries a maximum sentence of up to a year in prison and a $100,000 fine.

His team has maintained, using a number of different arguments, that Bannon was justified in ducking the summons. One possible explanation might have been that Bannon was just following the advice of his attorneys—except Nichols struck down that defense in April.

On Monday, the judge closed the net even tighter. Notably, Nichols ruled that Bannon could not lean on old opinions from the Justice Department’s Office of Legal Counsel regarding executive privilege, as they did not apply to him, a former president’s ex-aide-turned-podcast-host.

The judge also refused to allow Bannon to subpoena House Speaker Nancy Pelosi or members of the Jan. 6 committee for the trial.

Nichols’ actions leave Bannon with little recourse for a defense, though his team may still try to argue that he had been unaware or misinformed of the subpoena’s deadline.

Bannon himself was not present in court on Monday, but his lawyers were frustrated by the judge’s decisions, the Associated Press reported.

“What’s the point of going to trial here if there are no defenses?” one of Bannon’s attorneys, David Schoen, demanded.