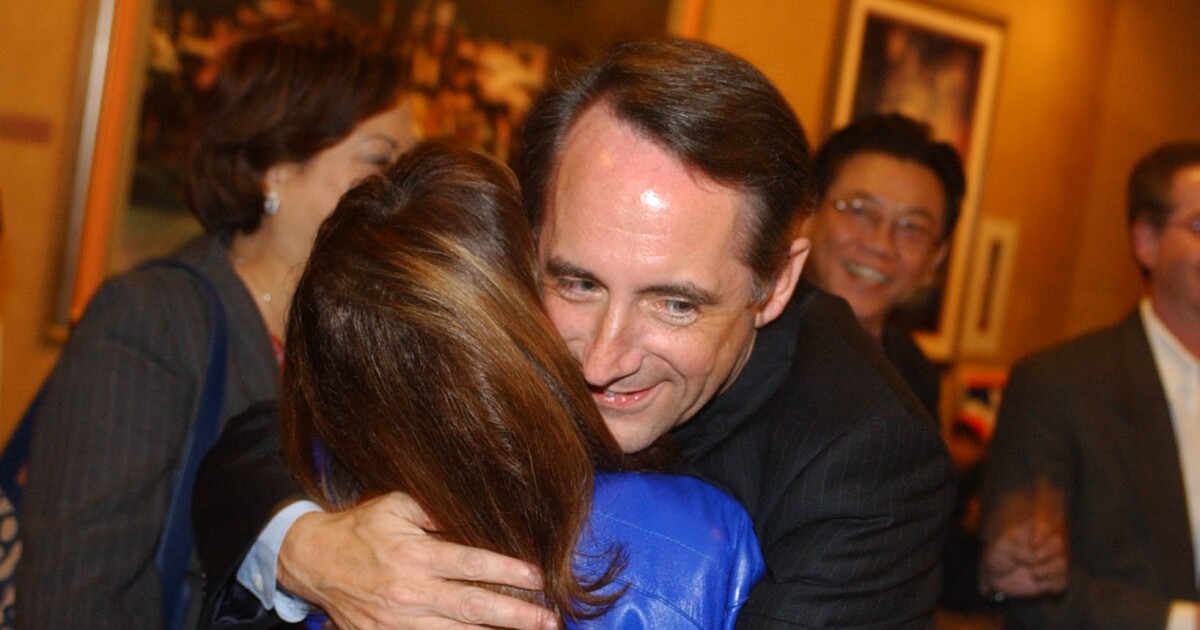 In the wake of its mishandling of decades of complaints against attorney Tom Girardi and revelations about weak policing of California lawyers, the State Bar made a surprisingly aggressive move this week: Filing formal disciplinary charges against the agency’s own former executive director.

The bar accused Joe Dunn of three counts of moral turpitude stemming from his four-year tenure at the agency, which concluded with his 2014 firing. The allegations could result in Dunn, a former state senator who teaches at UC Irvine Law School, losing his license to practice law.

Dunn, 63, was among a handful of bar officials with whom Girardi cultivated close relationships in the years he was cheating clients and colleagues, but the charges filed Tuesday do not concern the now-disgraced trial attorney. Instead they focus on falsehoods Dunn allegedly told the bar’s governing board in 2013 and 2014 regarding proposed legislation and expenses for a trip to Mongolia.

Asked why the bar took so long to bring charges, an agency official noted that because of the inherent conflicts of interest, the matter had to be investigated by outside lawyers. Those attorneys usually work on a part-time basis.

“We believe this case reflects the principle that all California attorneys must adhere to their oath, to the law, and to the Rules of Professional Conduct,” said Stacia Laguna, administrator of the bar’s outside prosecutor program.

An attorney for Dunn said the long delay was indefensible given that the conduct in question was the subject of internal investigations and extensive litigation years ago that the bar was directly involved in.

“There is no excuse for the filing of this 2022 disciplinary proceeding more than eight years after the alleged events occurred,” attorney Ellen Pansky said. She added, “The true facts will demonstrate that the charges against [Dunn] are unsupported by competent evidence and will fail.”

The prosecution comes as the bar is conducting an investigation into whether any current or former agency officials helped Girardi, until recently a wealthy political power broker, skirt accountability. The bar has acknowledged publicly that its employees did not properly investigate complaints that Girardi was stealing from clients over the decades.

As The Times detailed last year, Girardi maintained a pristine law license while treating bar investigators, prosecutors and others to wine-soaked meals, Las Vegas parties and rides in his private jet. Dunn was one of those who socialized with Girardi, and a senior attorney at Girardi’s law firm helped get him the executive director job with the bar.

In the charges filed this week, the bar alleged that Dunn told the bar’s governing board in 2013 that no agency funds would be used to pay for a junket he took to Mongolia with two Girardi associates when he “knew that statement was false and misleading.” The bar ended up paying more than $6,000 for travel expenses.

The second count concerns misrepresentations he made to the board about a proposed bill in Sacramento that would have permitted the agency to bring civil enforcement actions against individuals practicing law without a license. Chief Justice Tani Cantil-Sakauye of the state Supreme Court, which oversees the bar, had conveyed through a representative that she wanted “this bill stopped.” Yet Dunn told the board there was “no known opposition” to the measure and the board publicly endorsed it, according to the charges.

The third count alleges that when Dunn made the misleading statements as executive director of the Bar, he breached his fiduciary duties.

An investigation by an outside law firm hired by the State Bar in 2014 first uncovered Dunn’s alleged misconduct and raised questions about Girardi’s tight connections with officials. As investigators wrote in a report submitted to the board, Dunn made “accommodations” for Girardi, who also appeared to perceive “a threat to Dunn as a threat to his possibly favored position with the bar.”

Another attorney representing Dunn, Kimberly Casper, said “there was no action [Dunn] took or could have taken in regards to any disciplinary matter.” Casper noted that the bar’s governing board did not vote to formally accept the factual findings in the investigative report.

The bar’s board fired Dunn after the investigation, citing the Mongolia expenses and the Sacramento bill, among other findings. He sued the bar for wrongful termination, but an arbitrator ultimately sided with the agency in 2017. The bar opened a disciplinary investigation that year that eventually was overseen by two San Diego attorneys in private practice, Charles Berwanger and Edward McIntyre. It would be five years before they filed charges.

In a statement, bar official Laguna, who supervises the program for outside prosecutors, known as special deputy trial counsels, said cases with conflicts of interest such as Dunn’s are handled by “a limited pool of part-time” attorneys who have other work obligations.

“As the new administrator, I am working on improving processing timeliness in the program,” Laguna said.

Miriam Krinsky, a former federal prosecutor who served on the bar’s board of trustees during the period when Dunn allegedly made misrepresentations to the panel, said that “extensive investigation” precedes any move to pursue disciplinary action and “those decisions aren’t taken lightly.”

“In this particular situation, we expect individuals at high levels of leadership in the State Bar to take that fiduciary duty both to the bar and the profession quite seriously,” Krinsky said. “Breaches of those duties are even more important when deciding whether there should be a response by the bar.”

Dunn ran unsuccessfully for Congress in 2016 and he remains a “special advisor” to the dean of UC Irvine’s School of Law, where he also teaches. A university spokeswoman declined to comment Thursday on the charges pending against Dunn.

Girardi’s firm collapsed in late 2020 amid allegations he had stolen millions from clients — the widows and orphans of Indonesians killed in the crash of a Boeing jet. His wife, Erika, a star of “Real Housewives of Beverly Hills,” petitioned for divorce. His creditors forced him and his firm, Girardi Keese, into bankruptcy and the 83-year-old was diagnosed with Alzheimer’s and entered a senior living facility. The Supreme Court formally disbarred him this month.

Bankruptcy trustees are continuing to track down assets to repay scores of former clients and other creditors. A bankruptcy judge last week seized diamond earrings that cost $750,000 from Erika Girardi, and on Wednesday a Chicago law firm that worked with Girardi on the Indonesian airline case filed a federal racketeering suit seeking more than $55 million from a slew of Girardi’s associates, including his estranged wife, former employees and a litigation finance company.

In the suit, the Edelson law firm referred to Girardi and his firm as “the largest criminal racketeering enterprise in the history of plaintiffs’ law.” Among the allegations made was that Girardi corrupted the State Bar, “allowing [him] to maintain a spotless record before the bar and enabling him to continue stealing from clients.”

Dunn is not mentioned in the lawsuit. A State Bar spokeswoman declined to comment on the suit’s allegations.