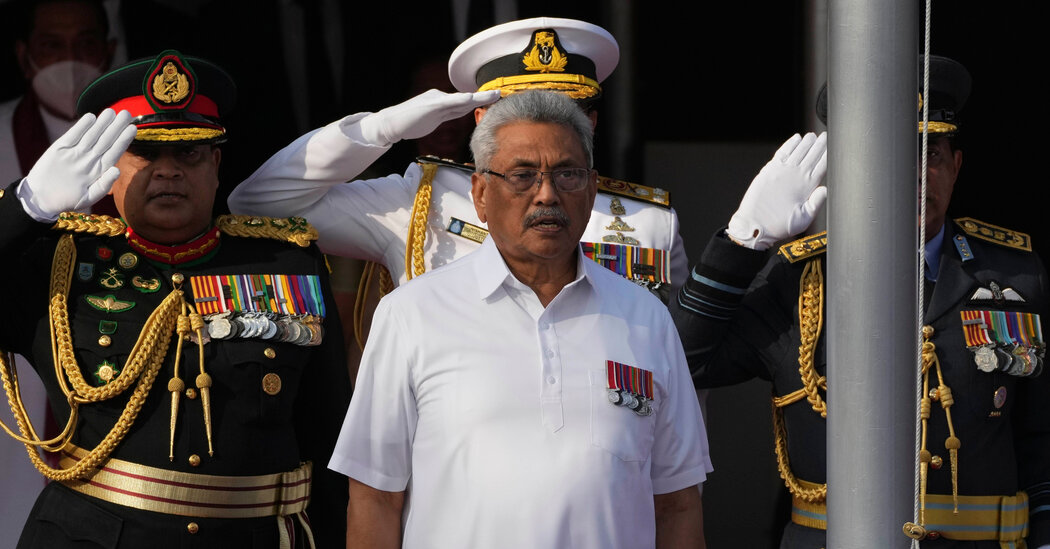 The embattled president of Sri Lanka, Gotabaya Rajapaksa, who hasn’t been seen or heard from publicly since the protesters overran his official residence this weekend, has reconfirmed his plan to step down, the country’s prime minister said on Monday.

The president told the prime minister, Ranil Wickremesinghe, that he would resign, Mr. Wickremesinghe’s spokesman said. Mr. Rajapaksa’s plan to quit was first announced on Saturday by Mahinda Yapa Abeywardena, the speaker of Parliament.

Mr. Abeywardena, who is considered an ally of the president’s, said Mr. Rajapaksa had agreed to resign on Wednesday “to ensure a peaceful transition of power.”

Mr. Rajapaksa hasn’t said so publicly himself, and he has remained in hiding since thousands of Sri Lankans stormed his residence, repeating their monthslong demands that he leave his post.

Later that day, Mr. Wickremesinghe said he, too, would resign. But he hasn’t elaborated on his plans. Protesters burned his home to the ground on Saturday.

The president’s silence has fueled questions about who is leading the country of nearly 22 million. It was also unclear what steps the next government could immediately take to restore a semblance of normalcy.

The island nation has been grappling with the worst economic crisis in its history, one that has led to food and medicine shortages and that has left the government essentially bankrupt. For months, daily life in Sri Lanka has been upended by a fuel shortage that has made power cuts the norm and public transport almost nonexistent.

The daily protests against Mr. Rajapaksa’s government have already led to the removal from the government of other family members. The president’s elder brother, Mahinda Rajapaksa, was replaced by Mr. Wickremesinghe as prime minister in May.