Sports psychiatrist breaks down NFL Draft pressures, reveals how athletes can fight through the anxiety 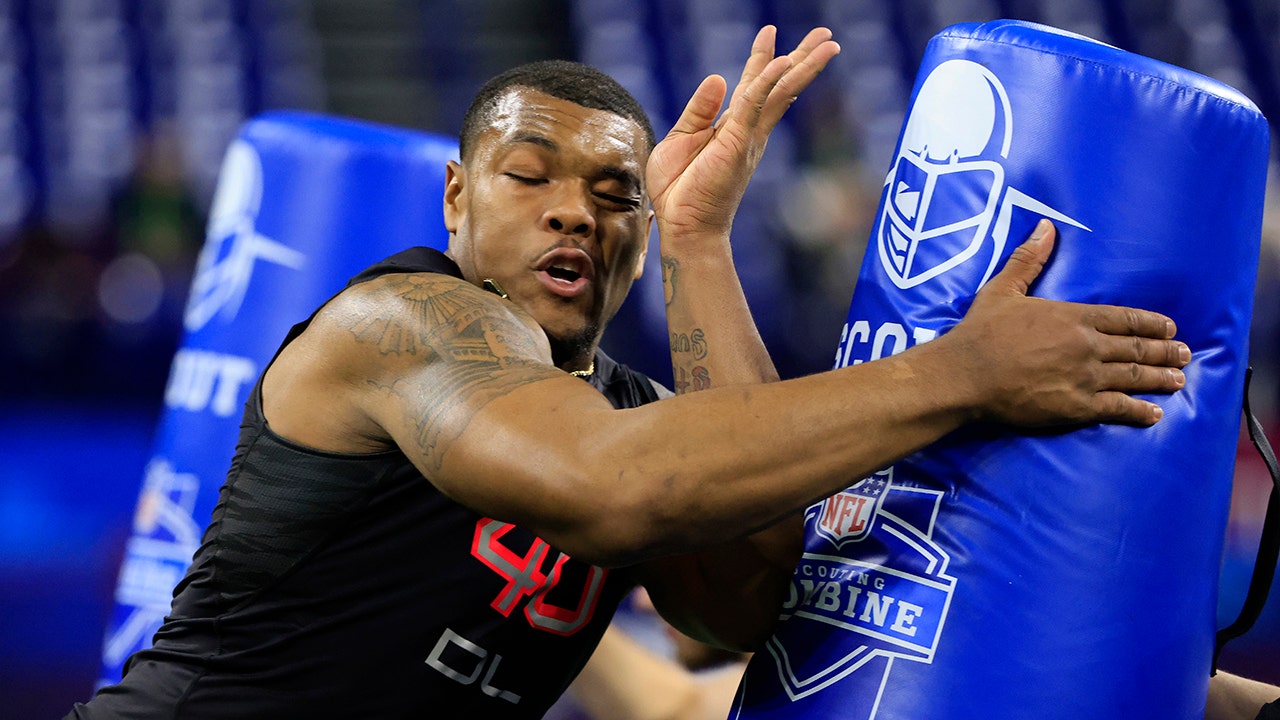 LAS VEGAS – All eyes will be on the incoming NFL rookie class later this week as college football athletes finally learn whether a team will select them during the three-day draft.

The pressure is immense for young athletes who are expected to make an immediate impact on their team, resonate with the fan base and hopefully help guide the organization to a Super Bowl championship. That’s a lot to handle for a 22- or 24-year-old man.

Dr. Joshua Norman, a sports psychiatrist who works with Ohio State Sports Medicine and The Ohio State University Department of Athletics, told Fox News Digital in a recent interview the events leading up to the draft are similar to the Olympics in that the tiniest second at the Scouting Combine could have an immense effect on where they place come draft time.

“When I think of the draft, in some ways, it’s kind of analogous to the Olympics in the sense that a lot of the guys that are going to be in the draft really trained their whole life for that one moment. Even the smallest difference of time or measurement can be the difference between a first-round pick or a late-round pick or undrafted,” Norman said. “It’s similar to the Olympics in that one one-hundredth of a second difference on a time could mean the difference in first place or second or third place without all the fanfare, potential fame and financial benefit from that.

“I think the pressure to compete at the highest level, to perform to their greatest ability, I think is one of the things that weighs heavily on the athletes and also too, performance anxiety is pretty common typically throughout all athletics, but I think especially at times when the moment is the highest – whether they’re competing for a national championship in college or going into the NFL Draft or participating in the combine with so much hanging on that. I think really pressure and probably a lot of, you know, performance anxiety is probably one of the biggest things that they’re facing.”

TOP NFL DRAFT PROSPECT CHANNELS FAMILY MILITARY VALUES AHEAD OF BRIGHT CAREER: ‘IT SHAPED ME INTO WHO I AM’

Norman said that while the pressure of the events could be high, some of that is good.

“Some level of anxiety is good. It keeps you sharp and keeps you focused and keeps you motivated. It’s kind of like dessert in a sense, just the right amount. Too much could be a negative thing. I tend to kind of more speak with them about what they’re experiencing,” he said. “And if symptoms are moving more toward what we would call a functional impairment from the anxiety symptoms, where it’s sort of impairing an athlete’s ability to perform, or it’s impairing their quality of life in general, even outside of sport, those are the things I really try to key in on and kind of wonder about.”

As far as treating the anxious feelings, Norman said he tells those he works with to focus on the present moment and not on what you cannot control.

“When it comes to treatment, I think it’s an important point of distinction, but some performance anxiety I would say in a lot of ways it’s good to embrace that. To make sure to normalize it and say most people come into the combine are going to experience these types of things, and it’s normal and it’s OK. And I like to point out some of the positive sides of it. In fact, it keeps you sharp, it can keep you motivated,” Norman told Fox News Digital.

“But also encourage them to keep a close eye and make sure that it’s not becoming more of an impairment. If an athlete struggles with generalized anxiety, distractibility can be increased. It could make it harder to perform. It can increase their muscle tension during competitions that can increase the risk for physical injury. It can also affect their sleep. If they’re not sleeping well because they’re experiencing any decompensated anxiety symptoms, that can also cause a lot of trouble – next day fatigue, decreased alertness and can even change sport performance parameters like heart rate variability, which has been tied to decreased athletic performance.”

Norman said he encourages mindfulness-based practices to keep athletes in the moment.

JERRY RICE RECALLS NFL DRAFT WORRIES: ‘I NEVER THOUGHT I WAS GOING TO GET DRAFTED’

“I’ve heard college coaches say we oftentimes can focus on the past or get ahead of ourselves and think about the future but really be mindful to stay in the present, just focus on the next thing, focus on what’s in front of you,” he said. “And in doing that, there’s little day-to-day tasks to kind of build and will increase your chances for success but then also kind of preparing them in the sense that if the combine or some of the things they’re hoping for didn’t go as you had hoped or didn’t have the best performance, also reframing the narrative around that. It’s just one day. It’s not necessarily reflective of their overall athletic ability or suitability in professional football.

“Keeping the perspective on things. I think it’s really important because there’s a sense of loss or the sense of grief if it doesn’t go the way they had hoped, and I think that’s understandable, and it’s good to normalize that but also kind of keep things in perspective in that, you know, focus on the one task ahead – being mindful and just really focusing on the present and trying not to get too far ahead of yourself on what’s to come or what could all this mean.

NFL DRAFT 2022: ANALYST PREDICTS THE ‘CULTURE-CHANGER’ THE JAGUARS WILL SELECT WITH NO. 1 PICK

“I think it’s mindfulness-based practices are some of the best things you can do to really prepare yourself for the upcoming challenges in the day-to-day preparation of the (draft) and eventually moving on to professional football.”

Travon Walker of Georgia runs a drill during the NFL Combine at Lucas Oil Stadium on March 5, 2022, in Indianapolis, Indiana.
(Justin Casterline/Getty Images)

Rabid NFL fans are going to expect the players their favorite teams select to do wonders immediately or they will get labeled a “bust” on social media and other platforms.

Norman cautioned fans to recognize there’s still a person underneath the helmet and pads.

“I think the most important thing to remember, I think for all of us, is that athletes – pro or college – are people like the rest of us. They can experience depression, they can experience anxiety. They can feel understandable grief if they’re getting insults hurled at them through social media,” Norman said.

“I think it’s important that although as a fan base we get excited about our teams – you get excited about the prospect of a new draft pick coming in and sort of changing the narrative around our respective franchises – but be mindful that these athletes are people at the end of the day. They have families, they have lives outside their sport. And while that is their job – unfortunately on the public stage and they are subjected to tremendous amount of scrutiny – I think it’s important to kind of just remember they are people and kind of keep things within a certain strike zone and not get too inappropriate with comments and kind of keep things fair.”