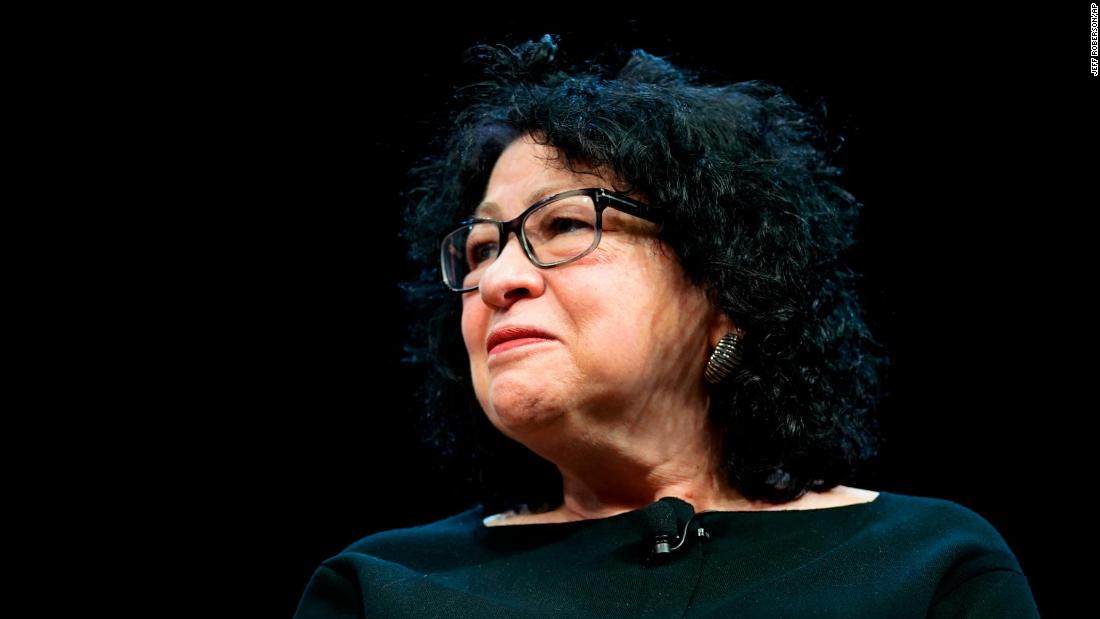 Remaining cases this term include abortion, gun rights, the environment, immigration and a case involving a former public high school football coach who lost his job after leading prayers at the 50-yard line.

“In just a few years,” Sotomayor remarked Tuesday as the liberals found themselves on the losing end of a case that could bolster state funding for religious schools, the court “has upended constitutional doctrine.”

She also implied more changes are coming. “With growing concern for where this Court will lead us next, I respectfully dissent,” Sotomayor wrote.

From the beginning of the term, Sotomayor — more than any other liberal justice — has foreshadowed the conservatives’ trajectory, highlighting with each step her belief that her colleagues on the right are abandoning institutional legitimacy and reliance on precedent.

As the term started, she warned in one appearance hosted by the American Bar Association that there is going to be “a lot of disappointment in the law, a huge amount.”

At oral arguments in December in the case that could result in overturning Roe v. Wade, she was blunt in suggesting that the only reason the court was seriously considering whether to overturn decades-old abortion precedent was because of the recent change in the court’s membership.

“Will this institution survive the stench that this creates in the public perception that the Constitution and its reading are just political acts,” she asked.

Last month, in a case dealing with claims of excessive force at the hands of a border agent, she planted a similar seed equating the court’s change of direction to a “restless and newly constituted court.”

On Tuesday, she continued the same theme, emphasizing the majority’s will to move quickly to change legal doctrine. “The consequences of the Court’s rapid transformation of the Religion Clauses must not be understated” she said.

Her comments came after a 6-3 court said that Maine cannot exclude religious schools from a tuition assistance program that allows parents to use vouchers to send their children to public or private schools.

Chief Justice John Roberts, writing for the right side of the bench, said that the state’s action violated the Free Exercise Clause of the Constitution.

“The state” Roberts said, “pays for tuition for certain students at private schools — so long as they are not religious.”

The opinion infuriated Sotomayor who charged her conservative colleagues with dismantling “the wall of separation between church and state that the Framers fought to build.” She accused the court of starting down such a path five years in another case when the court ruled that a Missouri policy that excluded a church-run preschool from a grant program for playground improvements was unconstitutional.

“After assuming away an Establishment Clause violation, the Court revolutionized Free Exercise doctrine by equating a State’s decision not to fund a religious organization with presumptively unconstitutional discrimination on the basis of religious status,” she said of that opinion.

In the new opinion Tuesday, she highlighted the history of the court balancing the Establishment Clause (prohibiting the government from establishing a religion) with the Free Exercise Clause (protecting free exercise of religion).

She said that the court had long recognized “play in the joints” between the religion clauses and that such “flexibility” was consistent with a “rich historical tradition” allowing states and the Federal Government to decline to fund religious institutions.

“The Court’s increasingly expansive view of the Free Exercise Clause risks swallowing the space between the Religion Clauses that once permitted religious exercise to exist without sponsorship and without interference,” she wrote on Tuesday.

She said the majority had created a road map that will extend to other church and state disputes down the road.

“If a State cannot offer subsidies to its citizens without being required to fund religious exercise, any State that values its historic antiestablishment interest more than this Court does will have to curtail the support it offers to its citizens,” she concluded.

But Sotomayor has also made clear that while she doesn’t share the conservatives’ judicial philosophy and results of cases, she still considers some of them friends.

Last week, in a speech before the progressive American Constitution Society, Sotomayor said that while she disagrees with Thomas in opinions “more than any other justice” on the bench, she maintains a friendship with him in part because he “cares deeply” about the people who work at the court

And last January, amid a report that Sotomayor — who is at high risk for Covid because she suffers from diabetes — had asked her bench-mate, Justice Neil Gorsuch, to wear a mask at oral arguments, the two issued a rare joint statement calling the report “false.”

“While we may sometimes disagree about the law, we are warm colleagues and friends,” the statement read.

Despite everything, Sotomayor last week suggested in general terms that she hadn’t lost hope.

“There are days I get discouraged,” Sotomayor said, adding that she is sometimes brought to tears. “Then I say, ‘OK, let’s fight.'”