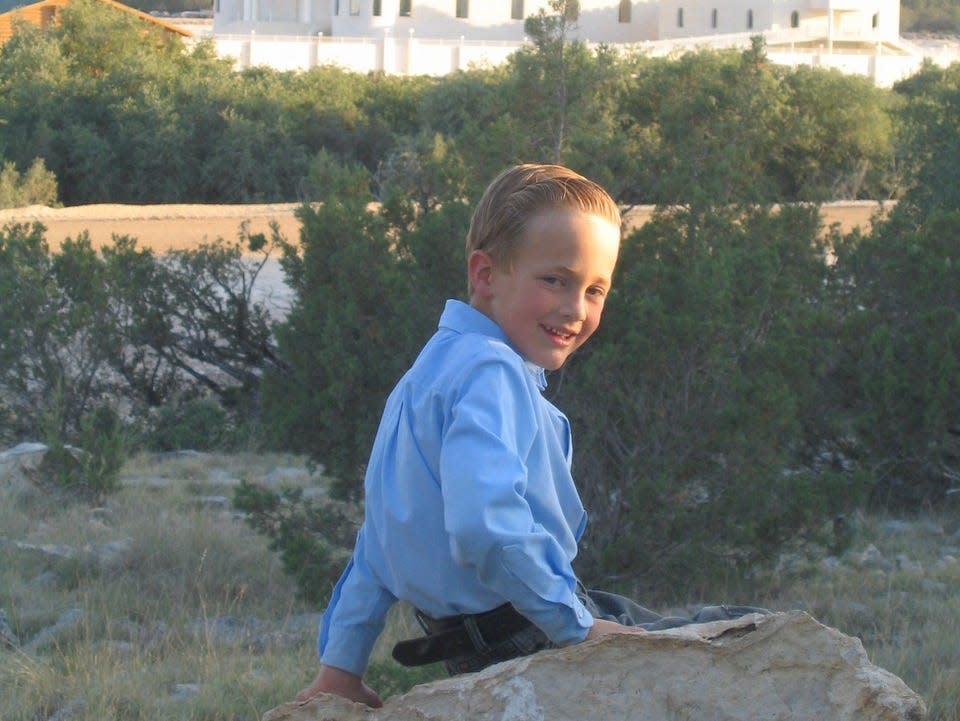 Wendell Jeffson knows that he and his more than 50 brothers and sisters were brainwashed and manipulated by their father, polygamist cult leader Warren Jeffs.

Growing up on a sprawling 1,700-acre ranch near Elderado, Texas, he had no control over his own life.

He was told what to wear, eat, read, and think — and he never had a toy.

Still, four years after he left the fundamentalist Church of Jesus Christ of Latter-Day Saints with his mother and sister, Jeffson doesn’t want to be seen as a victim.

“I want to build on that experience from my past to give myself a better and a brighter future,” he said Monday. “I definitely don’t want people to look at me as someone who is victimizing myself.”

Jeffson — who changed his last name from Jeffs to symbolize his new beginning — spoke with Insider about his life in the insular community ahead of the Tuesday release of Peacock’s new true-crime documentary, “Preaching Evil: A Wife on the Run with Warren Jeffs.”

Jeffson, his mother Vicki Thompson, and his sister Sarah, are among the former cult members who participated in the show.

“It’ll be explaining Warren Jeffs’ role in establishing the compound in Texas, literally raising us up excluded from the outside world, and making that cult into what became: the FLDS,” Jeffson, 21, said.

Dozens of siblings and more than 70 “moms”

Wendell Jeffson’s earliest memory was from when he was 3-years-old.

His father began separating his children from their mothers in Colorado City, Utah, to take them to his “Yearning for Zion Ranch” in Texas.

“I wondered why I was being separated from my mom and why she was crying,” Jeffson said. “I was very young. I didn’t understand really anything that was going on.”

At the ranch, where his mother joined him about six months later, everyone lived together in a massive home that Jeffson compared to a “hotel.”

The children woke up at 5 a.m. each day to help make breakfast and clean-up before they were sent into the fields.

Kids as young as 4-years-old were sent into the gardens to pick weeds, and that’s where they’d stay until being called in to prepare lunch. Then it would start over, he said.

“There was no music, no internet, no TV, no movies, nothing of that nature,” Jeffson said. “He just created an environment where we were only were exposed to things that he wanted us to be exposed to … he had control over the way that we saw the outside world in every aspect.”

By keeping his family and followers in the dark, the church remained in tact even after Jeffs was arrested in 2006.

It also helped keep his followers and family blind to rampant pedophilia masquerading as marriage.

During a routine traffic stop, the cult leader was detained on charges of unlawful sexual conduct with a minor and rape out of Utah and Arizona.

In 2008, after law enforcement received a tip of underage marriage and sexual abuse on the property, the ranch was raided.

Jeffson, who was around seven at the time, said that he was told his father was in prison because he was “doing God’s work” and the devil was working against him.

“I grew up having moms that were 15-years-old,” Jeffson said. “It’s not right, but he was marrying 12-year-olds and I was told that they were my mom, and they weren’t even that much older than me.”

More than 400 children were taken from the property and separated from their parents.

Jeffson and his sister were separated from their mother for six weeks, but eventually returned.

Even at a young age, when Jeffson had only brief excursions off the ranch, he began questioning his father’s teachings.

For example, FLDS followers were taught to believe that people of color were bad, but Jeffson had met non-white men and women who treated him kindly.

He also didn’t understand why he had to wear long-sleeves and couldn’t play with toys.

Still, it wasn’t until he was nearly 18-years-old, when he wanted to begin to date, that he first took a real stand against the teachings.

Before then, he had never been taught about sex, and knew almost nothing about dating.

His mother sat him down explained to him for the first time that if they stayed in the church, he’d be assigned a wife, just like she was made to marry Jeffs.

His mother was already prepared to leave the church, but it was Jeffson who still felt loyal to his father’s church.

Jeffson said that the church didn’t use physical threats to keep them from leaving, but that living in the community was a fishbowl and the constant mental abuse was enough pressure to prevent many followers from straying.

“We were told that if you leave the FLDS, you’re gonna be damned, like you’re gonna burn in hell, ” he said. “We didn’t have any guns and knives. It was emotional and it was very manipulative. So that’s where the fight really was.”

After several more discussions with his mother, they decided to leave the group. He got a job in construction and rented a house for his mom and sister.

Then he had to learn about himself: From basic things like what he liked to eat, or watch on TV, to re-examining his faith.

He also learned that it’s a crime to take a child bride — and what that meant.

“Once I was taught these things, I was like, no wonder he’s in jail. He was marrying 12-year-old girls and having sex with 12-year-old girls,” he said. “He deserves to be in jail because he knew better.”

Jeffson is proud of his family for having the courage to leave FLDS.

He is now a student and working in the insurance industry. He’s also engaged and living in Guatemala.

His sister Sarah is graduating high school this month.

His mother is remarried and recently had a baby boy.

“She’s an extremely strong woman,” Jeffson said of his mother. “She’s my hero because she really has led the way for us in leaving the FLDS.”