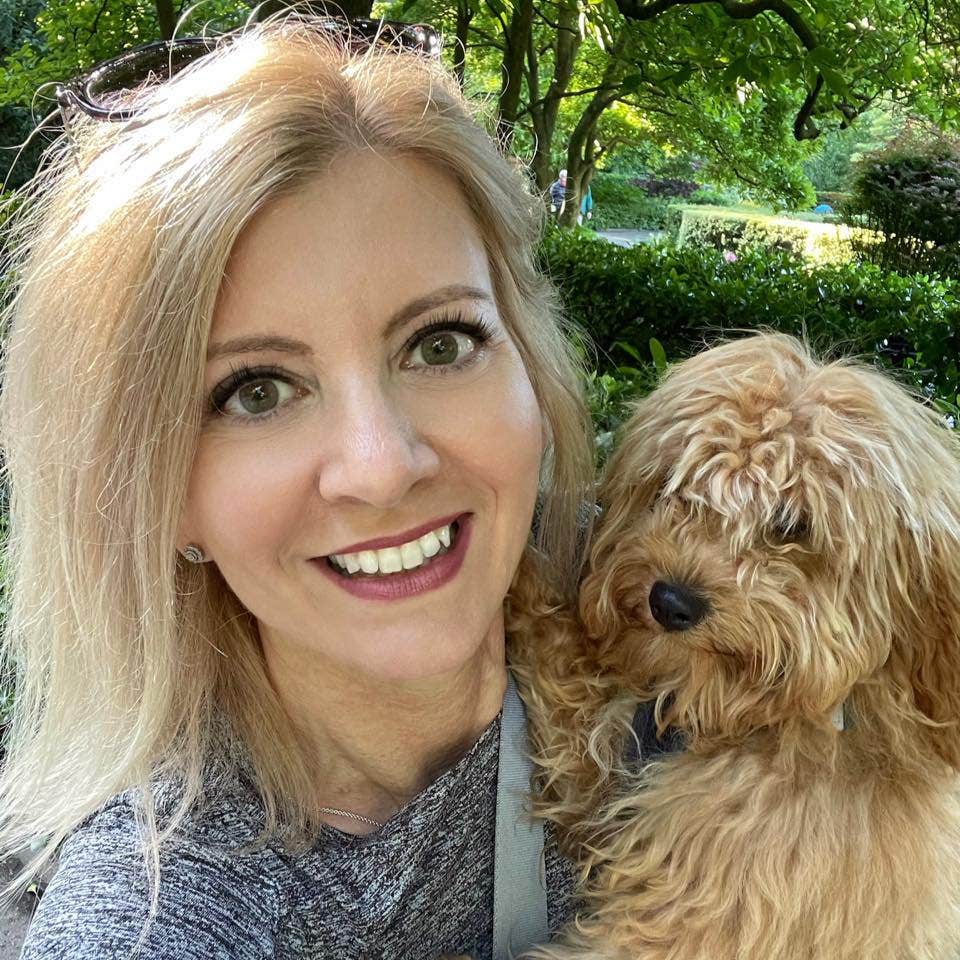 NEW YORK – The manhunt for the person who killed Queens mom Orsolya Gaal intensified on Tuesday, when police lined the neighborhood streets with wanted posters and a family electrician described her house as being outfitted with cameras and a separate entrance to the finished basement.

At least one unmarked police vehicle sat stationed outside of Gaal’s family’s Forest Hills home on Tuesday, as other investigators came and went throughout the day. The manhunt for the 51-year-old mother of two’s killer continued three days after her remains were discovered inside a duffel bag less than a mile from her Juno Street home.

The family’s residence is located on a street riddled with doorbell cameras – at least seven on the family’s block alone – and home security system, likely making it hard for any suspect to evade police scrutiny for too long. And family electrician Arrjuna Jack, 30, said Gaal’s house was also outfitted with a camera surveillance system.

Jack described Gaal as a “very happen, jolly person all the time.”

He said Klein, 53, worked from an office in the home and the house has separate door that leads either down to the basement or up to the kitchen. The basement consists of a laundry room and what was the kid’s playroom.

Police received a call around 8:10 a.m. Saturday for a report of “a suspicious bag with blood on it at the corner of Metropolitan Avenue and Jackie Robinson Parkway,” the New York Police Department (NYPD) said.

According to WPIX, Klein – who founded the firm RK Equity – received a chilling text message from someone who warned, in part: “Your wife sent me to jail some years ago when you were living near Austin Street in Forest Hills. I’m back, don’t call the police or I will kill your family.”

The New York City Office of the Chief Medical Examiner announced Monday that Gaal’s death was a homicide caused by sharp force injuries to her neck. She was reportedly stabbed nearly 60 times.

According to  the New York Post, investigators believe Gaal’s lifeless body was then moved to the basement before it was fully removed from the area.

Authorities handcuffed and questioned her 13-year-old son, who was believed to have been home at the time of her slaying, but then police released him into the custody of an unidentified adult relative, according to neighbors. He was not accused of wrongdoing.

Klein was with the couple’s other son on the West Coast, but told the Post he was returning home following the news. Klein did not respond to Fox News Digital’s request for comment on Monday.

The NYPD is still searching for Gaal’s killer, but chilling surveillance footage from around 4:30 a.m. Saturday appears to show a figure pulling a duffel bag along the sidewalk, sources have confirmed.

Fox News was on the scene Monday night when police were seen at the home combing through a room on the second floor. Multiple investigators were then seen leaving with what appeared to have been evidence.

The NYPD is still searching for Gaal’s killer, and denied reports on Tuesday that investigators had identified a person of interest.