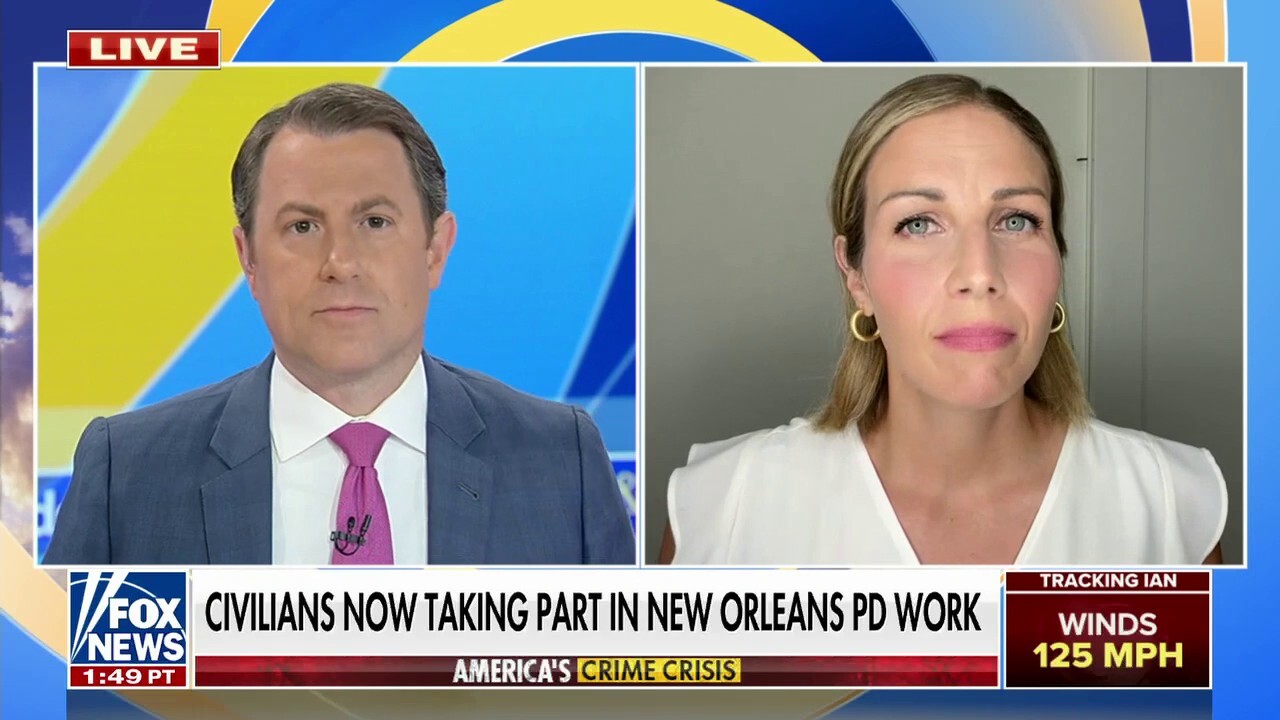 The New Orleans Police Department has resorted to enlisting civilians to fill various roles as the force faces staffing issues while battling the ongoing surge in violent crime.

Attorney Laura Rodrigue, who is working to oust New Orleans Mayor LaToya Cantrell, joined “Fox & Friends First” Tuesday to discuss why the new policy is so alarming and what it means for the community.

“Resorting to hiring civilians to respond to crime scenes is alarming to the residents and should be alarming throughout the country,” Rodrigue told co-host Todd Piro. “They came out and said that civilians will be responding to non-emergency calls that come in through 911.”

“The problem with that is within the last year, NOPD received over 100 calls for first-degree rape, first-degree rape being the most serious rape in Louisiana, carrying a mandatory life sentence, and they classified those as non-emergency,” she continued. “So that should be alarming to people to think that a case or a call that comes in for something serious could be classified as non-emergency.”

The department, which lost 150 officers last year alone, is expected to hire civilians to fill administrative roles, alongside several dozen others who will be responding to “non-emergency” 911 calls.

Some will even act as trained detectives to allow for more officers to patrol the city streets.

The NOPD is also even scaling back its requirements to join the civilian program, overlooking low credit scores and prior marijuana use.

“As a former prosecutor, I can tell you I would not want a civilian deciding whether or not the collection of evidence required a warrant or whether or not they had permission to take certain evidence or how to collect it to protect what we call the chain of custody in the preservation of evidence, so you can present it in trial when it eventually goes to trial,” Rodrigue said.

“Now we’re just going to have random people off the street collecting evidence,” she continued. “Who knows how they’ll be trained to collect the evidence, but it’s either that or we have somebody who’s allowed to report to work high on drugs. This is what we’ve been left with.”

Bailee Hill is an associate editor with Fox News Digital.