She bought a pregnant donkey — and it gave birth to a zonkey in Kansas. Seriously 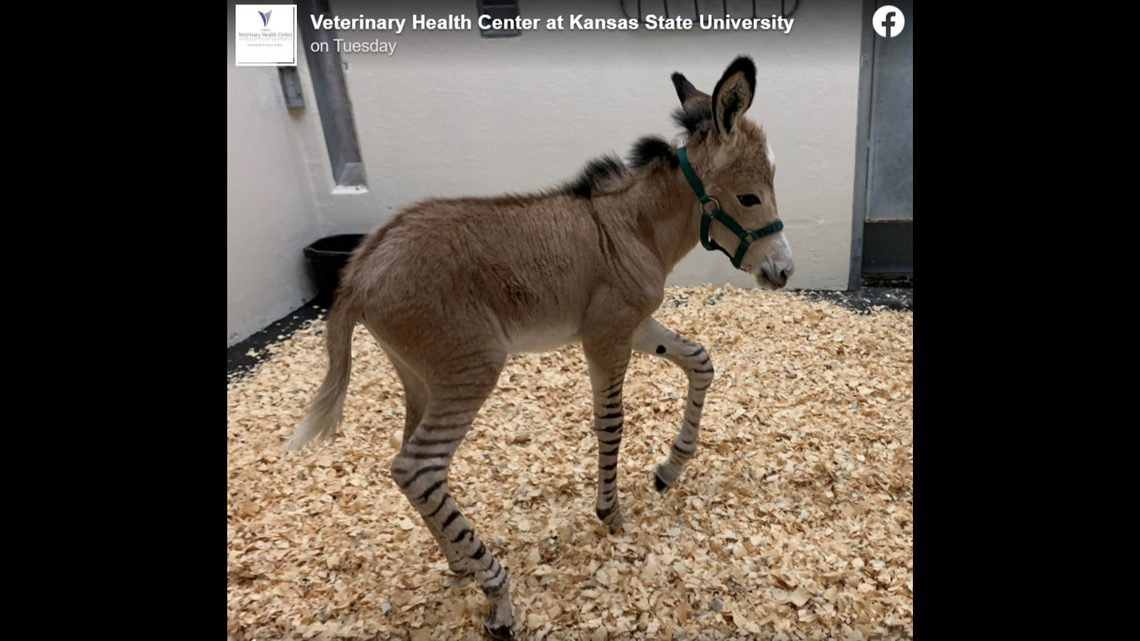 When Deanna Kohley with a donkey rescue organization bought a donkey named Jayla, she later learned the animal was pregnant.

But she had no idea Jayla was carrying a very rare baby.

Before Jayla gave birth, Kohley with T&D Donkey Rescue Inc. brought her to the Veterinary Health Center at Kansas State University “to ensure the best chance of survival for her foal,” according to an April 26 Facebook post.

And out popped a foal with a donkey face and zebra legs, photos from the K-State vet center show.

That was when “it became apparent” that Jayla had mated with a zebra before she was purchased by the Missouri nonprofit.

This makes the new baby — named Zyla — a zonkey. She’s a rare hybrid that’s part donkey and part zebra, according to the school.

“Both Zyla and her mother are currently doing well at home,” the health center said.

Zyla is not the first zonkey to make a surprise appearance.

In April 2020, Sheldrick Wildlife Trust in Kenya announced a zonkey was born to a zebra the group had helped home.

“At first, we thought that (the foal) had just been wallowing in the mud bath, but then the truth dawned on us: Our wayward zebra had given birth to a zonkey,” the organization said.

T&D Donkey Rescue provides medical attention to donkeys that have been neglected, abandoned or abused, according to its website.

“If a donkey can not be rehabilitated, physically or psychologically, they will live at the rescue as long as they are comfortably able,” the non-profit group says. “Working closely with our veterinarians, equine chiropractor, and farriers, we make decisions based on what is best for every donkey and the rescue. Our donkeys live in a natural environment and in herds that are honored and protected.”

The volunteer organization works with donkeys from states including Missouri, Arkansas, Oklahoma and Kansas.

Can you see it? Biologists spot ‘one-in-a-million anomaly’ dashing across Texas desert