Serena at night, Medvedev starts defense on US Open’s Day 1 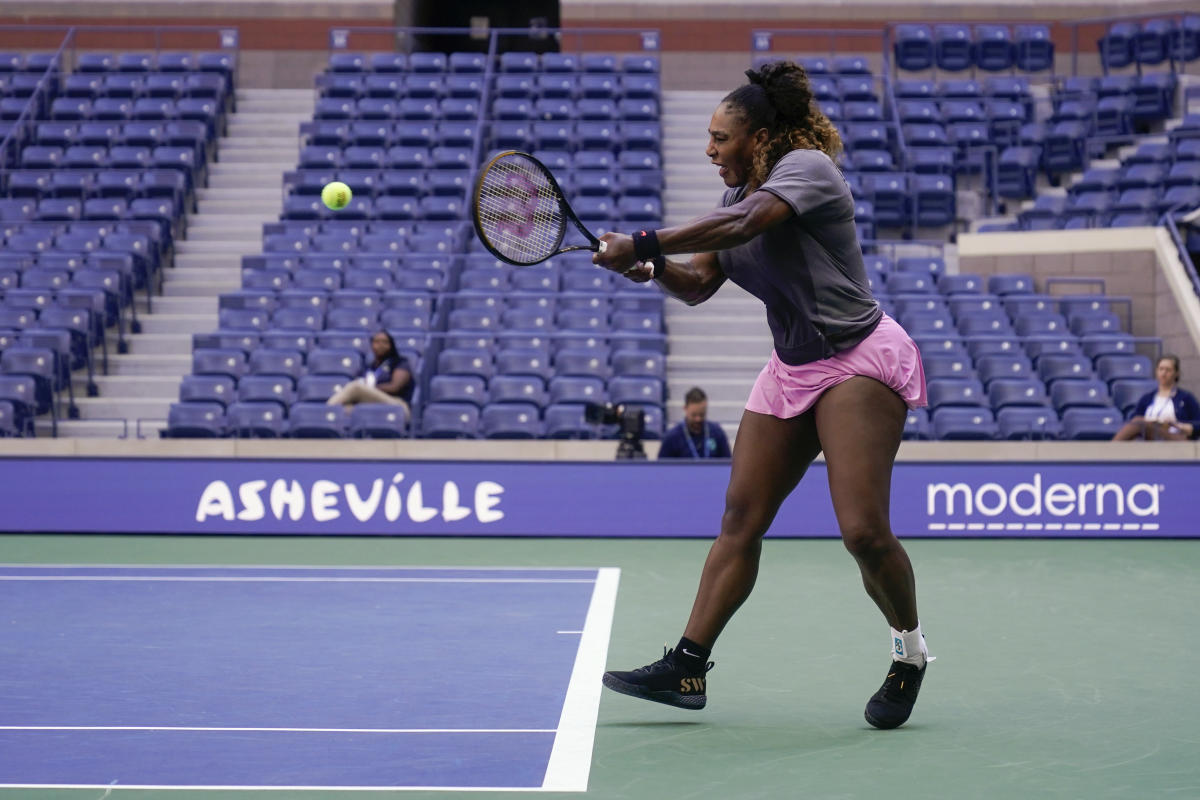 Williams will play the first night match of the tournament in Arthur Ashe Stadium when she faces Danka Kovinic of Montenegro. It will be the first match for six-time U.S. Open champion Williams at Flushing Meadows since losing to Victoria Azarenka in the 2020 semifinals. The 23-time Grand Slam singles champion has a record 106 victories at the U.S. Open, her most at any tournament, and has reached the semifinals or better in her last 11 appearances. She will be followed in Ashe by Wimbledon runner-up Nick Kyrgios against Thanasi Kokkinakis, his friend and doubles partner; they won the Australian Open together. Defending men’s champion and No. 1 seed Daniil Medvedev plays the opening match on Ashe against American Stefan Kozlov, with 18-year-old American Coco Gauff set to follow in the afternoon. Dominic Thiem, the 2020 champion who missed the tournament last year, faces Pablo Carreño Busta, while the schedule also includes past U.S. Open champs Andy Murray, Stan Wawrinka and Bianca Andreescu.

Iga Swiatek is seeded No. 1 in the women’s draw; Anett Kontaveit is No. 2 and would be Williams’ opponent in the second round if both win their opening matches. Rafael Nadal is No. 2 in the men’s draw after winning the Australian Open and French Open this year to give him a men’s-record 22 Grand Slam singles titles. He hasn’t played in New York since winning the last of his four U.S. Open titles in 2019. The men’s field is missing two top-10 players, with Novak Djokovic unable to travel to the United States because he is not vaccinated against COVID-19 and Alexander Zverev recovering from ankle surgery.

77-3 — Williams’ record in Grand Slam first-round matches. She’s lost her last two, stopping mid-match against Aliaksandra Sasnovich at Wimbledon last year because of an injured right leg, and falling to Harmony Tan there this year in three sets.

14 — Years since a man repeated as U.S. Open champion; Roger Federer won the title five times in a row from 2004-08. The current stretch without a successful title defense is the longest in a Grand Slam event in the professional era, which dates to 1968.

Total player compensation reached $60 million for the first time, but the women’s and men’s singles champions each will receive $2.6 million — a 33% decrease from the $3.9 million the winners were paid in 2019, the last pre-pandemic edition of the tournament. At the other end of the scale, players losing in the first round of singles will earn $80,000, a jump of 38% from $58,000 three years ago. ___