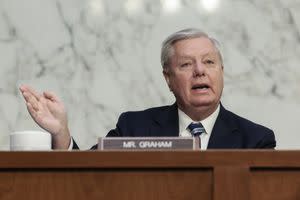 A Fulton County judge has ordered U.S. Sen. Lindsey Graham to testify in front of a special grand jury looking into possible election tampering by former President Donald Trump in the November 2020 election.

Fulton County Superior Court Judge Robert McBurney ruled Monday that Graham will be required to testify on Aug. 2 after Graham said he would fight a subpoena to testify, citing executive privilege.

Graham is being asked to testify, in part because of two phone calls he made in November 2020 to Georgia Secretary of State Brad Raffensperger. In those calls, Graham asked Raffensperger to reexamine “certain absentee ballots cast in Georgia to explore the possibility of a more favorable outcome for former President Donald Trump.”

“This is all politics. Fulton County is engaged in a fishing expedition and working in concert with the January 6 Committee in Washington. Any information from an interview or deposition with Senator Graham would immediately be shared with the January 6 Committee. Should it stand, the subpoena issued today would erode the constitutional balance of power and the ability of a Member of Congress to do their job.”

Channel 2 political reporter Richard Elliot is going through the court ruling and getting reaction to the decision for LIVE updates, starting on Channel 2 Action News at 4 p.m.