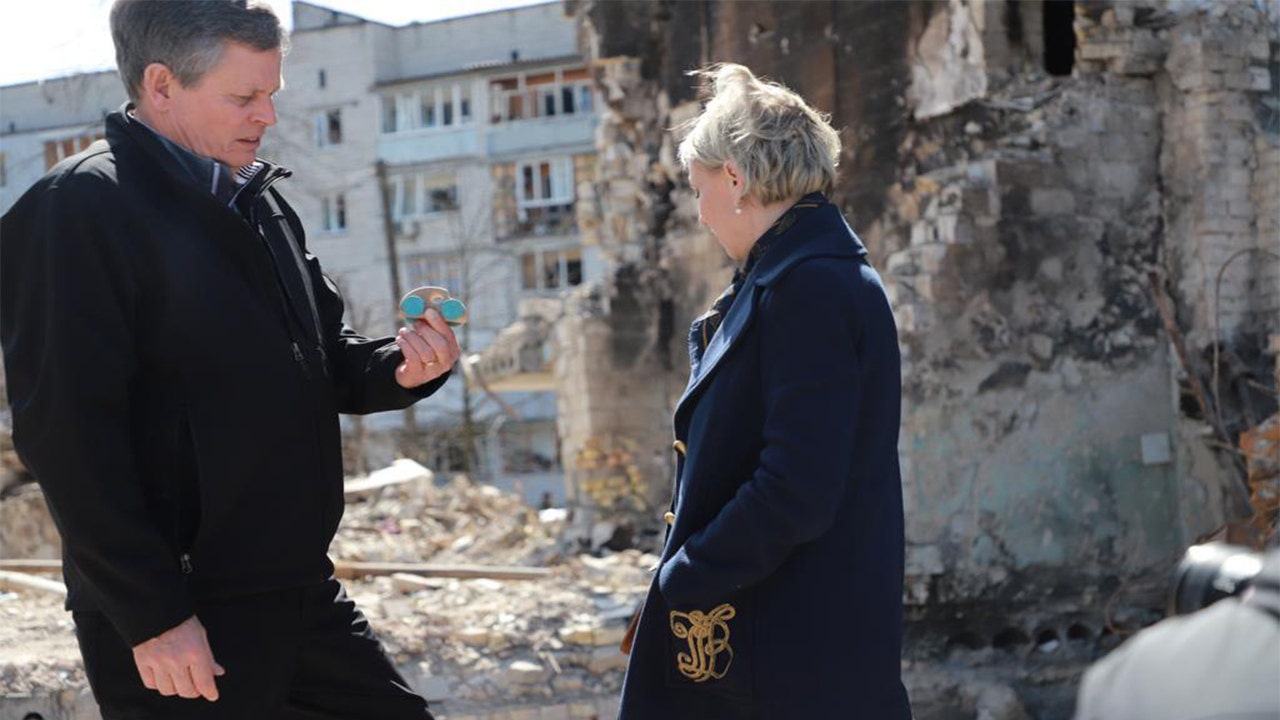 Daines and Spartz recently visited Ukraine where they met with leaders, local officials, and international organizers to learn the facts on the grounds.

In a letter to President Biden, obtained by Fox News, Daines and Spartz said the U.S. must deliver robust lethal aid faster, noting that barely more than half of the $3 billion in military aid that Congress authorized has gone to Ukraine.

“We need to get the remaining assistance on the ground and to Ukraine as swiftly as possible and an enhanced U.S. presence in Ukraine can help improve that effort,” Daines and Spartz wrote.

This assistance, they wrote, should include heavy artillery, heavy armor, tanks, air-defense systems, multiple launch rocket systems, unmanned aerial vehicles, military aircraft, anti-ship missiles, ammunition and other support whether director from the U.S. or its allies and partners.

RUSSIA ACCUSES BIDEN OF HAVING DEMENTIA

Daines and Spartz also argued that the U.S. must restore its diplomatic presence in Ukraine by strengthening communications and information-sharing with officials there and urged the president or a senior official within his administration to visit the country “without further delay.”

Daines and Spartz also called for Putin’s “war crimes” to be investigated.

“Our hearts were shattered in Bucha by the searing loss of innocent lives at the hands of Russia’s intentional brutality,” the wrote. “We saw investigators remove buried bodies for the purpose of verifying that war crimes were committed.”

They said the U.S.’ European and other allies should be pressed to increase security assistance for Ukraine and reduce their dependence on Russian energy. The U.S. should also, Daines and Spartz said, impose ongoing and “severe” economic sanctions against Putin’s regime.

“The U.S. should lead by example, provide robust military support, and move to increase both domestic energy production and capacity to export to Europe,” Daines and Spartz said. “It is important the U.S., NATO, and European allies present a united front to hold Russia accountable for its aggression and atrocities in Ukraine.”

Daines this month became the first U.S. senator to visit Ukraine amid the Russian invasion, touring the mass graves in the city of Bucha and reported “indisputable evidence of Putin’s war crimes.” He taveled with Spartz, who was herself born in Ukraine.

“While meeting with leaders in NATO countries bordering Ukraine, I was invited to meet Ukrainian officials in Kyiv and Bucha and see firsthand the butchery and war crimes committed by Putin,” Daines said in a statement. “There is indisputable evidence of Putin’s war crimes everywhere—the images of shallow mass graves filled with civilians, women and children are heart-wrenching.”

Daines told Fox News’ “Your World with Neil Cavuto” last week, “I’ve seen a lot of horrific things over the years in terms of storm damages and accidents. I’ve never seen anything like this. I mean, these were children. These were children who were murdered.”

He went on: “It’s atrocities. It’s war crimes… there’s an irrefutable case being made right now for the war crimes of Vladimir Putin and the soldiers who committed them.”