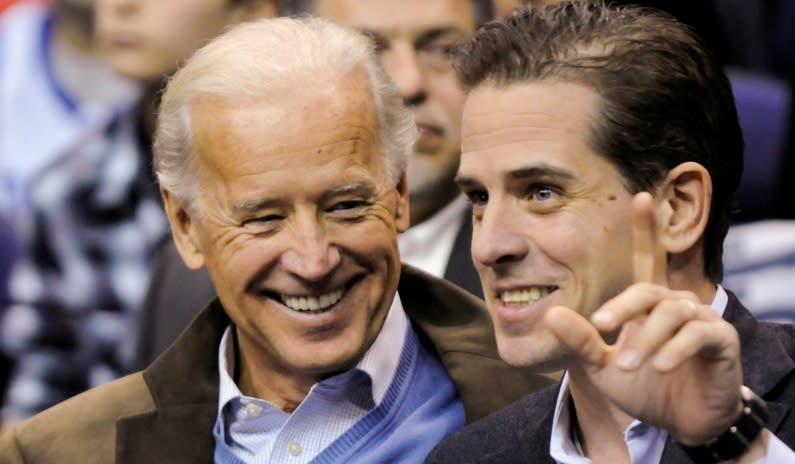 The Secret Service confirmed Monday that it is aware of reports that the contents of Hunter Biden’s iCloud account were hacked over the weekend, exposing alleged texts, pictures and videos of the president’s son doing drugs and engaging in other salacious activities.

4chan users claimed they hacked Biden’s phone late Saturday night, posting pictures to the website’s main political forum, according to the Washington Examiner. Many of the posts were taken down by the website.

The Secret Service said they are “aware” of the “social media posts and claims” about Biden, but are not in position to “make public comments on potential investigative actions,” in a statement to National Review.

One video purports to show Biden measuring the amount of crack he had while in conversation with a prostitute.

Another alleged video shows Biden going down a water slide naked, and texts allegedly revealed show Biden claiming President Joe Biden was in possession of five guns in 2019, despite running on gun control.

Many of the files posted by 4chan were already found on Biden’s abandoned laptop via an iPhone XS backup, according to the Washington Examiner.

Former Secret Service agent and cyber forensics expert Konstantinos “Gus” Dimitrelos previously told the outlet that the contents of the iPhone is authentic.

“Based on my analysis of the iPhone, I conclude the same results as my analysis of the MacBook Pro Laptop hard drive and iCloud synced data. The person who owns and operates this iPhone XS is Robert Hunter Biden,” Dimitrelos said, according to the outlet.