Sean Hannity: Biden is refusing to accept responsibility for anything 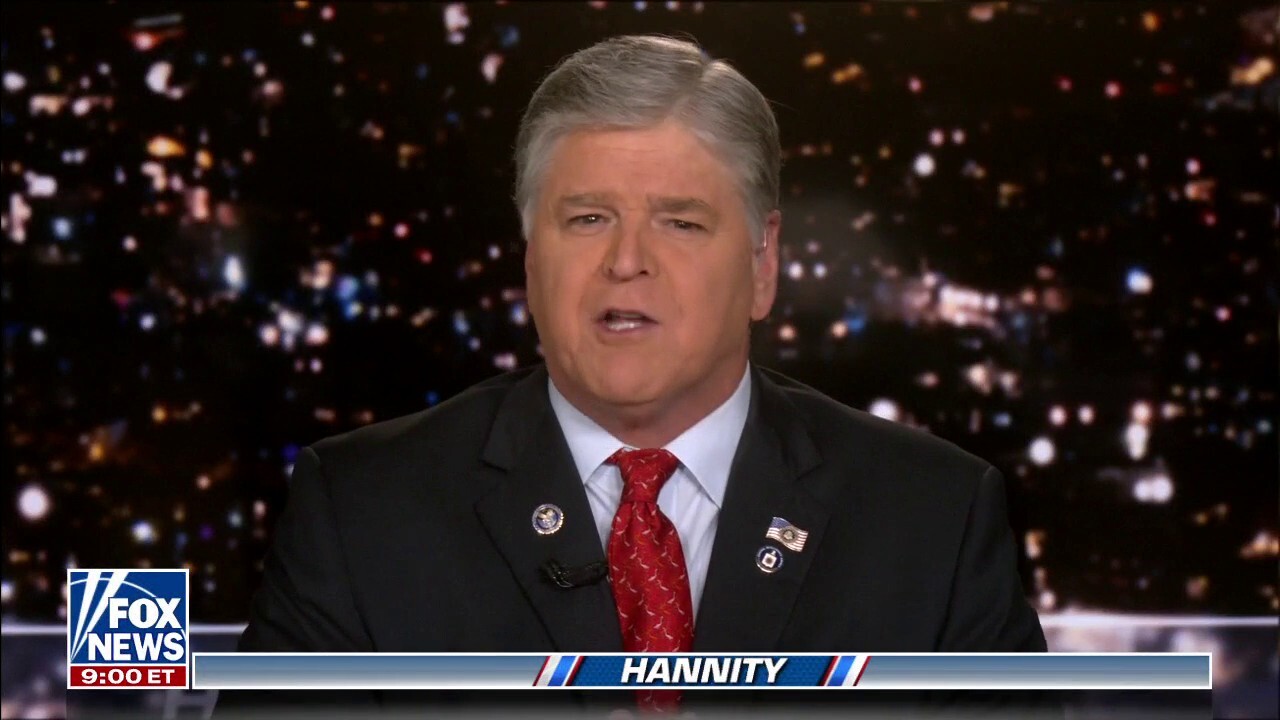 SEAN HANNITY: Biden’s presidency — it is full out imploding, but apparently no one told Joe Biden. According to reports, the president has decided to run for reelection in 2024, bragging to Barack Obama that he’s the only Democrat who could actually win.

Now this brings us to an important issue. Has Joe Biden really lost touch with all reality? It’s a serious question. Unfortunately, every week we all watch and observe his cognitive abilities. They get worse and worse. A new Issues and Insights poll found that one-fifth of Americans don’t even think Joe Biden will make it through his first term. Only 45% think it’s very likely that he will make it all four years this term. And today, at a tiny event in New Hampshire, well, Joe was in rare form as usual.

You know, think about last week on this program, Donald Trump was on this program for 40 minutes. The better part of 40 minutes. Fluent, energetic, informed ideas. I mean, could Joe Biden ever do that? Now, the president only wants to talk about New Hampshire, except apparently when he needs to blame our economic woes and everything else on Vladimir Putin.

Not a joke, joke not a joke? It’s Putin, it’s COVID. He looks tired, doesn’t he? Anyway, Biden once again making excuses for his own economic decisions and failures, his own energy decisions and failures. He injected trillions of dollars of cash into an already hot economy. He restricted all oil and gas drilling and exploration all over the country. We showed you these charts last week, we’ll show you again tonight. We already had a 40-year high of inflation months before Russia invaded Ukraine. Gas prices were up dramatically long before Russia invaded Ukraine, Joe was just lying, just like he’d lie that he never had a single discussion with zero-experience Hunter about his foreign business dealings. But the big guy we now know had many discussions and dinners and meetings. But now Joe refuses to accept responsibility for pretty much anything.