Sarah Huckabee Sanders will be first female governor of Arkansas 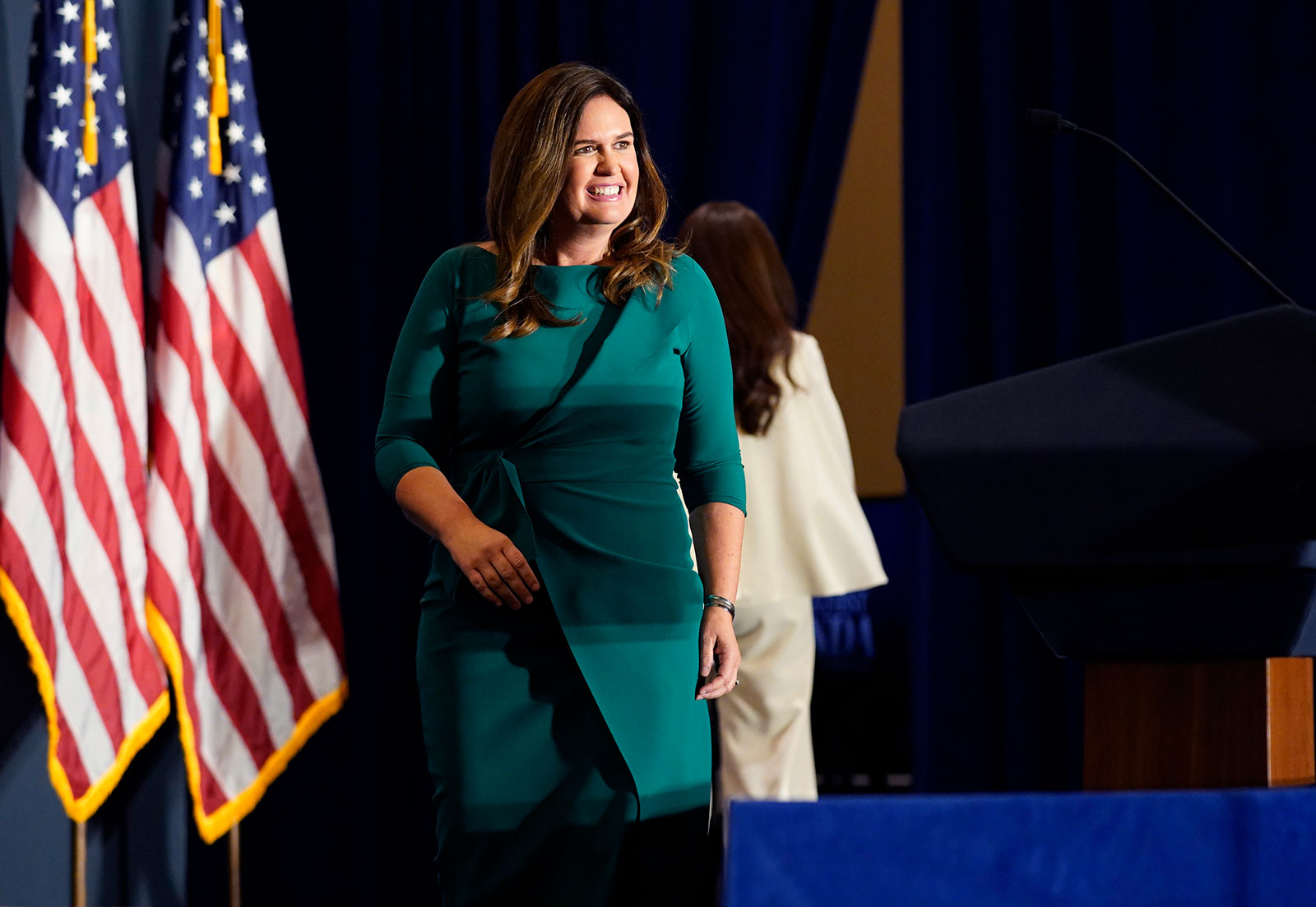 She will be the first woman elected governor of Arkansas.

Huckabee Sanders defeated Democrat Chris Jones, who is a minister and former non-profit leader who got a degree in nuclear engineering from MIT.

Sanders, while a first-time candidate, is no stranger to politics. Her father, Republican Mike Huckabee, was governor of Arkansas from 1996 to 2007. And by defeating Democrat Chris Jones, Sanders will also become the first daughter in US history to serve as governor of the same state her father once led.

Sanders previously worked for two years in the George W. Bush administration and later ran her father’s 2008 campaign for the Republican presidential nomination and then was campaign manager for his 2016 bid.

She gained national prominence in her role as former President Donald Trump’s White House press secretary, serving as a staunch defender of the then-President and his policies for more than two years. On many occasions, she clashed with national reporters and eventually scaled back televised briefings. She defended the move, saying that journalists could hear from Trump directly.

Sanders earned an early endorsement from Trump after joining the race for Arkansas governor, and prominent rivals later dropped out of the race, clearing her path to the GOP nomination.

Sanders’ path to victory in the race to succeed term-limited GOP Gov. Asa Hutchison was relatively smooth – unsurprising in a state that has taken a sharp turn to the right in recent years. But the campaign was not without personal challenges. In September, Sanders announced she was diagnosed with thyroid cancer and “underwent a successful surgery to remove my thyroid and surrounding lymph nodes.”

In her race for governor, Sanders defended her decision to grant only a handful of interviews with local media, saying she’s been speaking to voters directly.

“Freedom of the press is incredibly important, but with freedom of the press also comes a great deal of responsibility, and when they don’t live up to their end of the bargain, it forces some of us to go outside of the box, which I have done every single day for the last two years,” Sanders said at an October 21 debate hosted by the Arkansas PBS station.

In the debate, Sanders highlighted key issues of her campaign, including her education plan,  Arkansas LEARNS, to increase literacy rates, and her support for phasing out the state income tax, though she has not explicitly stated a timeline for doing so.