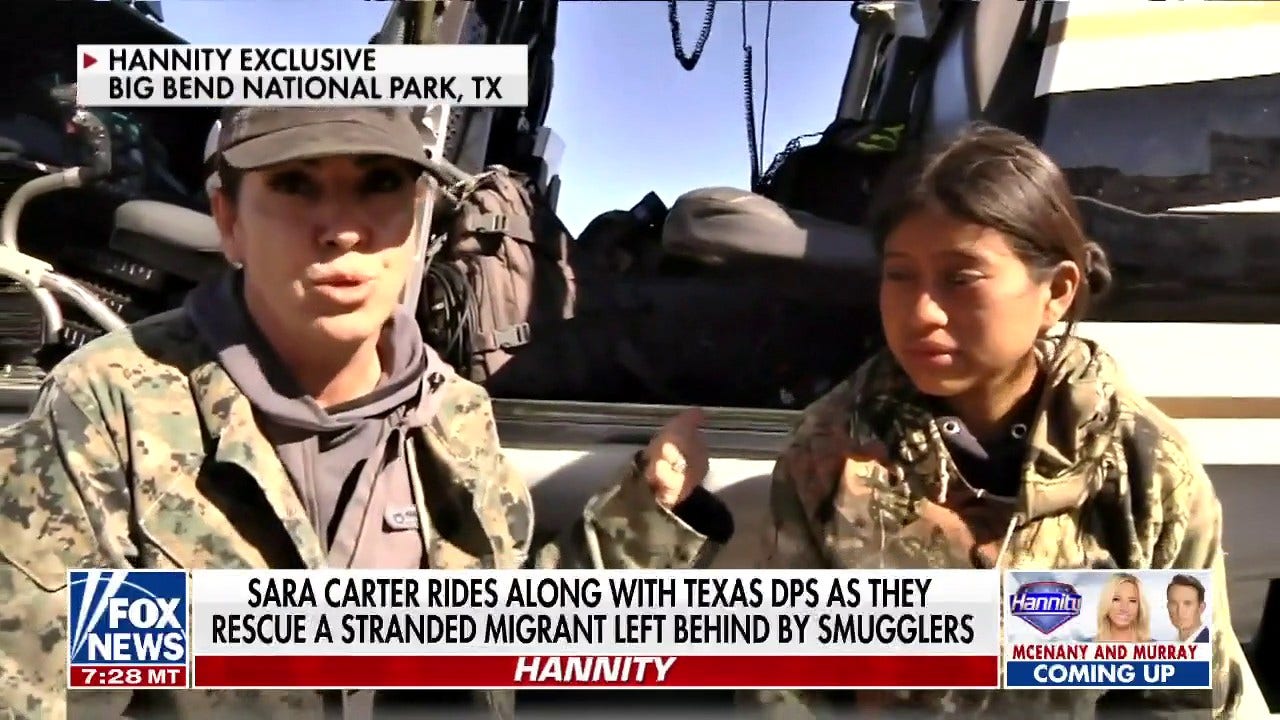 Investigative reporter Sara Carter highlighted the toll illegal immigration is having on migrants themselves Tuesday on “Hannity.”

Carter and the Texas Department of Public Safety flew over Big Bend National Park on Tuesday, where communications shared with them reported a woman had been seen stranded atop a mountain not far from the Mexican border.

The young woman later told Carter she had been left on the mountain by a group of people who promised to return for her but never did.

CARTER: ‘ABSOLUTELY INCREDIBLE’ THAT MAYORKAS PUT IN CHARGE OF UKRAINE THREATS TO HOMELAND

The reporter noted that the woman would have had to face very tough elements to survive where she was abandoned.

“She’s terrified, she’s crying, and she said there were 27 other people with her,” Carter said.

Carter added that the woman’s phone broke moments after she attempted to call authorities for help.

One of the agents Carter accompanied, Lt. Chris Olivarez, later said the case proves how human smuggling organizations in Mexico have no regard for human life.

“They’ll leave a person behind and keep moving on,” he said.

“Foreign service allies … are extraordinarily concerned about the national security and basically the porous border here in the United States.”

She later showed Hannity an area where a dead body had been discovered near Eagle Pass – both U.S. and Mexican authorities are trying to decide which country must recover the corpse from the middle of the Rio Grande.

Carter added that Texas Department of Public Safety is overwhelmed with receiving no help from the Biden administration.