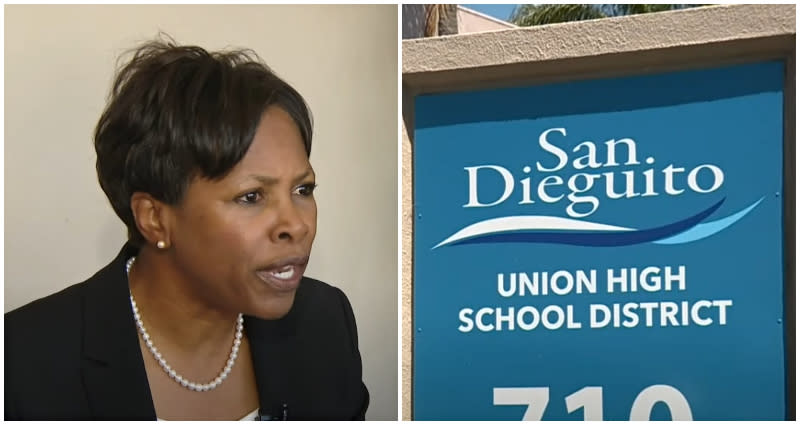 Superintendent Cheryl James-Ward is reportedly filing a lawsuit against the San Dieguito Union High School District (SDUHSD) after its board placed her on administrative leave over her controversial remarks on Asian students.

James-Ward made the comments on April 11 during a board training session on diversity, equity and inclusion. After showing data which showed that Asian students receive fewer D and F grades compared to students of other ethnic or racial groups, Board Vice President and Trustee Michael Allman asked, “Do we know why Asian students do so well in school?”

In response, James-Ward said it is because those students are from rich families coming from China — a comment some parents and other critics later slammed as “racist.”

“We have an influx of Asians from China, and the people who are able to make that journey are wealthy,” James-Ward said. “You cannot come to America and buy a house for $2 million unless you have money.”

The superintendent went on to cite her own community in Carmel Valley as an example. She claimed that Chinese families have stronger support systems at home, while Latinx parents have jobs that prevent them from finding the time to help their children.

Critics have since accused James-Ward of racism and stereotyping by perpetuating the model minority myth. “I was totally shocked that someone with her experience, education and background could say some low-level things like that,” Jason Zho, a parent who was present at a school board meeting on April 13, told CBS 8.

Amid calls for her resignation, James-Ward apologized to the academic community. She also apologized in a letter sent to students’ families on April 13.

James-Ward, however, believes their decision was not motivated by her comments on Asian students. Instead, she says it was retaliation for her complaint against Allman in March, which remains under investigation.

“This is a retaliation case,” James-Ward’s attorney, Josh Gruenberg, told NBC San Diego. “No one gets fired for what she said.”

James-Ward told NBC San Diego that “Michael Allman is a bully.” She has not gone into detail about her complaint, but she claims that she will stand by it.

Chinese American Businesses Suffer in NYC Because of Coronavirus, But the City Has 0 Cases

Japanese Princess to reject $1.36 million pay for female royals, expected to live as commoner in US after marriage