Russians again report shelling of their territory by "Ukrainian aviation" 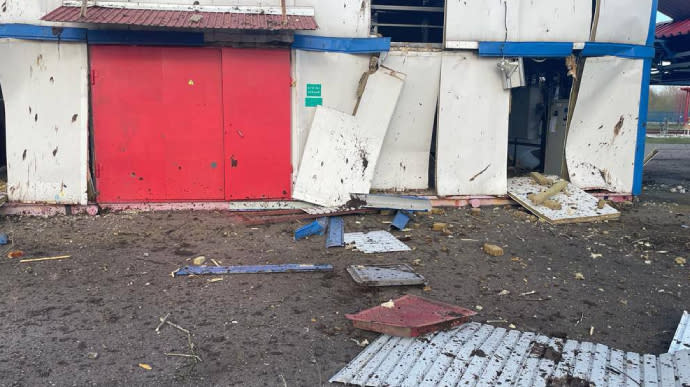 Valentyna Romanenko – Saturday, 30 APRIL 2022, 10:59 Russian media reported on the shelling of a village in Bryansk Region of Russia, in the border area with Ukraine. Source: RIA Novosti, TASS, Interfax Details: According to the governor of the region Alexander Bogomaz, Russian air defence equipment found a plane of the Armed Forces of Ukraine in the sky over Bryansk Region on Saturday morning. Thus allegedly Russian air defence didn’t allow the Ukrainian plane to enter the territory of Bryansk Region, and two shells hit the settlement of Zhecha. It is reported that “the technical buildings of an oil terminal were damaged during the strike”. The second shell damaged the surrounding area. “Currently, operational services are working on the spot. There are no casualties. Operational measures are underway,” Bogomaz added. Background: Russian propaganda reported a long time ago that “[Russia] had cracked down on Ukraine’s aviation and air defence”, but at the same time periodically reports attacks by Ukrainian helicopters and planes. Mykhailo Podoliak, Advisor to the Head of the Office of the President of Ukraine, called the explosions in Belgorod, Voronezh and Kursk Regions of the Russian Federation part of an “entirely natural process” and “divine intervention in the affairs of sinners”. Podoliak later said that Ukraine would defend itself against Russian military aggression by any means, including attacks on Russian warehouses and bases. He said the world recognizes that Ukraine has this right because it was Russia that attacked Ukraine and killed its civilians.