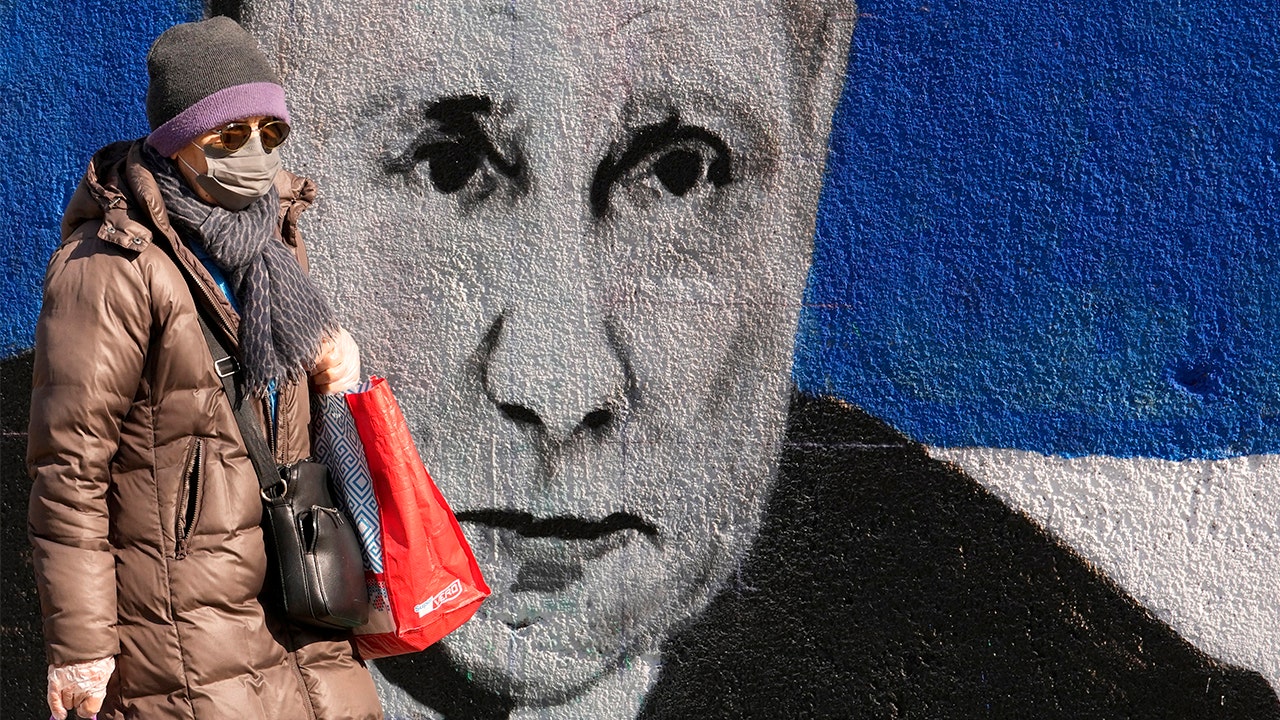 Russia may look to postpone or cancel looming governors’ elections over concerns that the repercussions of severe international sanctions will affect how people vote come September, reports said Tuesday.

After one month into the war in Ukraine, Russian President Vladimir Putin was still seeing high approval ratings as Russians rallied around their flag amid extreme condemnation from the international community.

A woman passes by a mural depicting the Russian President Vladimir Putin in Belgrade, Serbia, on March 12, 2022.
(AP Photo/Darko Vojinovic)

While some chalk it up as an example of Moscow’s relatively effective propaganda machine, recent reporting has suggested there is mounting fear among some in the top ranks that the growing number of casualties and extreme economic pressure will take a toll on Russia’s public.

Russian media outlets reported Tuesday that there is growing concern that public discontent will lead to a stark drop in the regime’s support.

In 2004 Putin took similar steps and eliminated direct gubernatorial elections over alleged concerns that a decentralized power would weaken the government amid a slurry of terrorist attacks.

The move, which was reversed by 2012, took election power from Russian voters and enabled Putin to appoint regional leaders.

The appointees were required to be approved by regional legislatures.

Demonstrators march with a banner that reads “Ukraine – Peace, Russia – Freedom” in Moscow on Feb. 24, 2022, after Russia’s attack on Ukraine. (AP)

Though the governmental bodies were able to reject Putin’s nominees, if they struck down more than two officials Putin could then dissolve the defiant legislatures and appoint an acting governor.

“The topic of canceling or postponing direct elections of governors is really being actively discussed in the authorities,” an anonymous federal official told Interfax. “The situation in the country is non-standard due to a special operation and harsh sanctions. It is not advisable to spend energy and money on an election campaign – and it is just around the corner.”

Reporting by Russian media outlets suggested the Kremlin is set to discuss the issue with Putin Wednesday.

Moscow could enforce the election blockade on regions near the Ukrainian border in southern and eastern parts of Russia. But officials will reportedly discuss a full implementation that would affect the 14 gubernatorial elections set to take place in the coming months.

Kremlin spokesperson Dmitry Peskov would not confirm the reports and told the Moscow Times, “We cannot say whether such an issue will be discussed on April 27.”