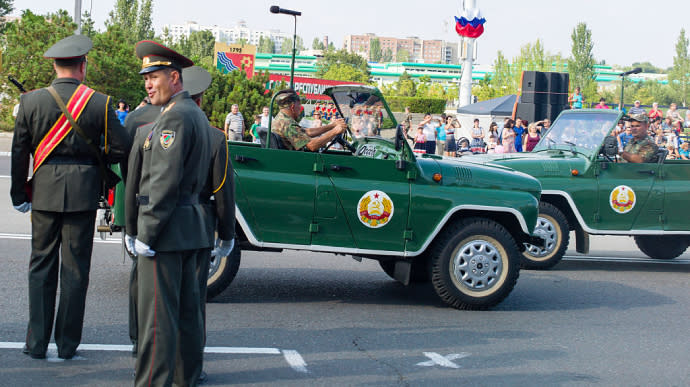 ALIONA MAZURENKO – TUESDAY, 26 APRIL 2022, 18:31 Ukrainian intelligence is warning of another provocation by Russian special services in unrecognised Transnistria. Local residents are receiving text messages from people claiming to be the Ukrainian Armed Forces, which contain a warning about a missile strike. Source: Press Centre of the Ukrainian Chief Intelligence Directorate Details: It is reported that residents of unrecognised Transnistria are receiving text messages from a source claiming to be the Ukrainian Armed Forces and the special services of Ukraine. These messages contain a warning about a “missile and artillery” strike on the territory of the “Transnistrian region”. Quote from the fake message: “The Security Service of Ukraine strongly recommends the evacuation of civilians to safer regions. We assure you that the Armed Forces of Ukraine do not wish harm to civilians, but those who have remained in the cities will be perceived as sabotage groups and will be eliminated without warning. Rocket and artillery shelling of objects on the territory of the republic will be carried out at exactly 19.00.” Ukrainian intelligence says that these reports are actively covered by Russian propaganda resources. Quote: “We emphasise: the state of Ukraine has nothing to do with this and similar provocations. Such fake information and fake incidents, which are likely to take place in “Transnistria”, are nothing more than another provocation of the Russian special services against Ukraine and Moldova. ” Background: On 25 April, a series of explosions was heard in the capital of the unrecognised Transnistrian Moldavian Republic (TMR). Ukrainian intelligence reports that a few days ago, unrecognised Transnistria began preparing for “explosions” organised by the FSB [Russian Federal Security Service] as a justification for the war with Ukraine or with the purpose of involving the Transnistrian region in hostilities in the war against Ukraine. Later, the so-called Ministry of Internal Affairs of Transnistria reported that on the morning of 26 April in the village of Maiak Grigoriopol district two explosions had been heard: the first at 6:40, the second at 7:05. In unrecognised Transnistria, reports came of a third attack on the territory of the so-called “republic”.