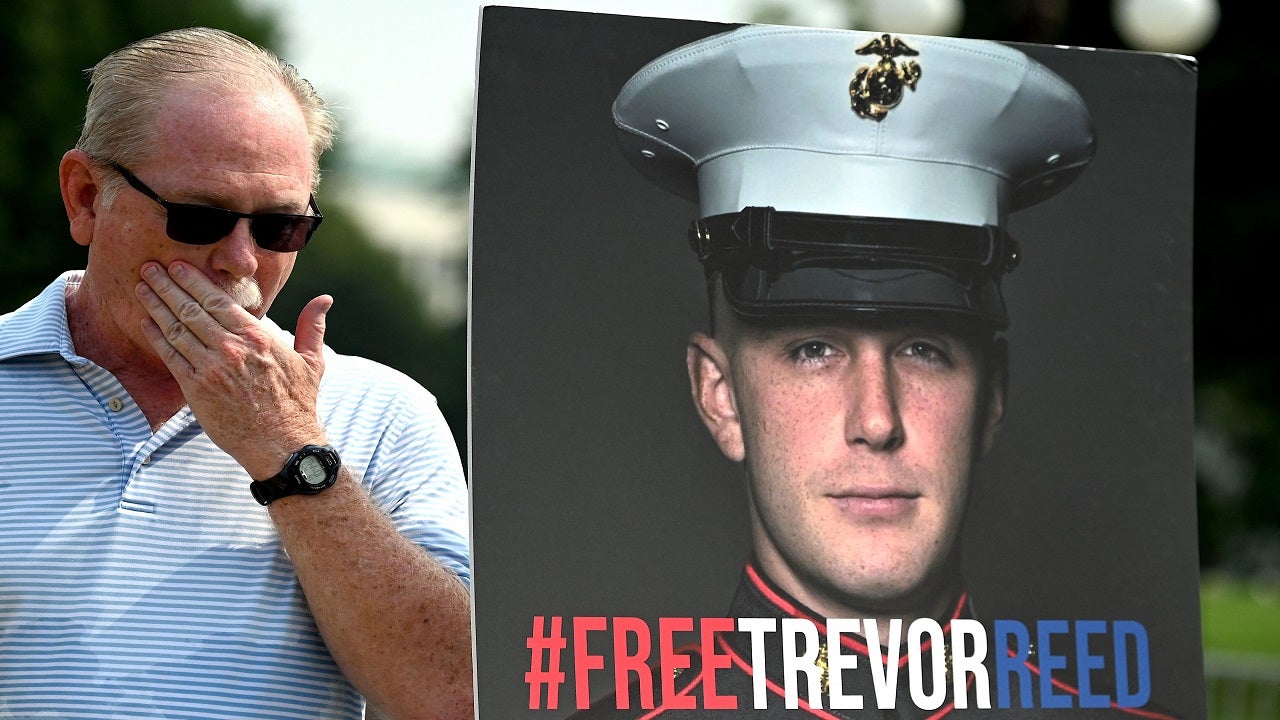 The U.S. and Russia have carried out a prisoner swap Wednesday, exchanging Trevor Reed – a Marine veteran jailed in Moscow – for a Russian drug trafficker who has been serving time in America, a senior U.S. official told the Associated Press.

The deal comes as tensions between U.S. and Russia are running high, with Moscow’s bloody invasion of Ukraine in its 63rd day.

“Today, we welcome home Trevor Reed and celebrate his return to the family that missed him dearly. Trevor, a former U.S. Marine, is free from Russian detention,” President Biden said in a statement. “I heard in the voices of Trevor’s parents how much they’ve worried about his health and missed his presence. And I was delighted to be able to share with them the good news about Trevor’s freedom.”

Joe Reed, the father of former U.S. Marine Trevor Reed, stands next to a placard of his son outside the U.S. Capitol in Washington, DC, on July 29, 2021, during a press conference.
(Photo by JIM WATSON/AFP via Getty Images)

In their own statement, the Reed family thanked Biden “for making the decision to bring Trevor home” as well as other administration officials and Bill Richardson, the former U.S. ambassador to the United Nations whom the family said traveled to Moscow in the hours before the Ukraine war began in hopes of securing Reed’s release.

Reed, a now-30-year-old U.S. Marine Corps. veteran and former presidential security guard, had been living in Russia for the summer of 2019 when was arrested by Russian police and accused of assaulting a police officer. He had been celebrating in a park with his longtime Russian girlfriend and her colleagues at the time, his father, Joey Reed, told Fox News Digital earlier this month.

Reed was sentenced to nine years in prison, though his family has maintained his innocence and the U.S. government has described him as unjustly detained.

The U.S. agreed to return Konstantin Yaroshenko, a Russian pilot serving a 20-year federal prison sentence in Connecticut for conspiracy to smuggle cocaine into the U.S. after he was arrested in Liberia in 2010 and extradited to the U.S.

FILE – Joey and Paula Reed pose for a photo with a portrait of their son Marine veteran and Russian prisoner Trevor Reed at their home in Fort Worth, Texas, Feb. 15, 2022.
(AP Photo/LM Otero, File)

Russia had sought his return for years while also rejecting entreaties by high-level U.S. officials to release Reed, who was nearing his 1,000th day in custody and whose health had recently been worsening, according to his family.

The two prisoners were swapped in a European country.

Though officials would not say where the transfer took place, in the hours before it happened commercial flight trackers identified a plane belonging to Russia’s federal security service as flying to Ankara, Turkey.

The U.S. Bureau of Prisons also updated its website overnight to reflect that Yaroshenko was no longer in custody.

Reed was one of several Americans known to be held by Russia, including WNBA star Brittney Griner, who was detained in February after authorities said a search of her bag revealed a cannabis derivative, and Michigan corporate security executive Paul Whelan, who is being held on espionage-related charges his family says are bogus. It was unclear what if any impact Wednesday’s action might have on their cases.

Fox News’ Stephanie Pagones and the Associated Press contributed to this report.