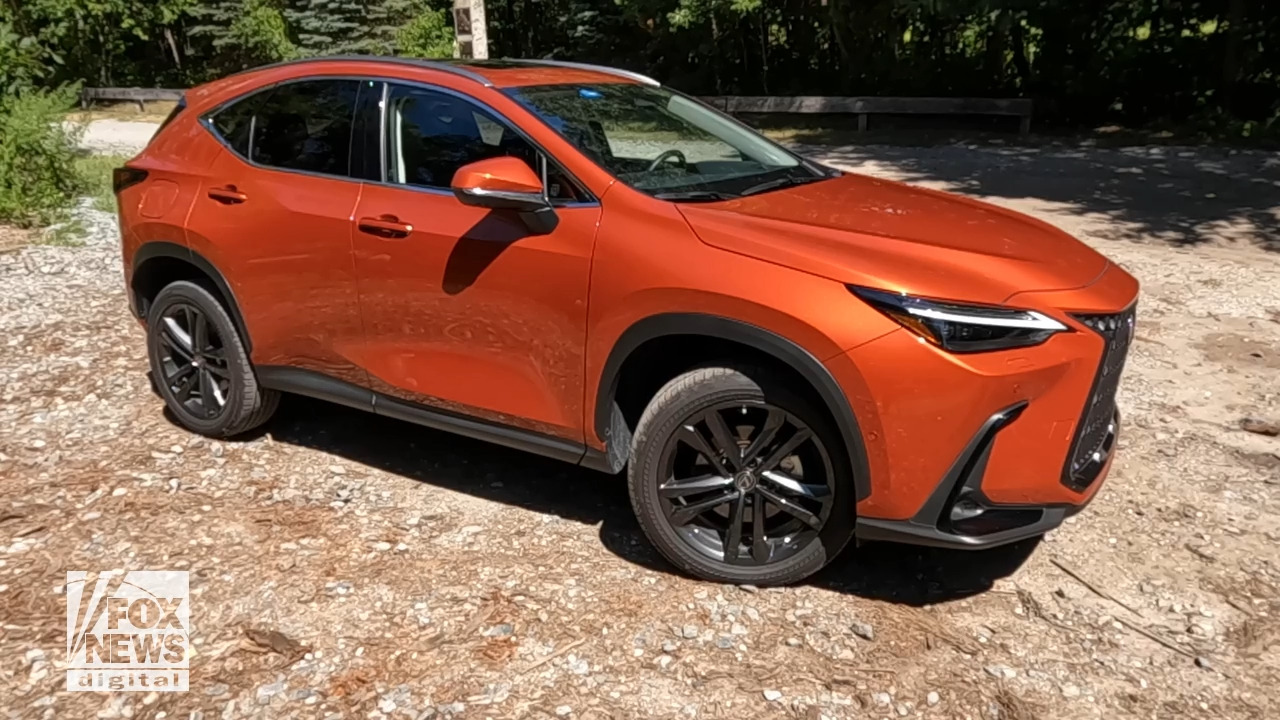 A funny thing happened while I was out test driving the 2022 Lexus NX450h+ compact SUV. It got more expensive.

Its $57,300 starting price didn’t change, but while I was on the road, President Biden signed the Inflation Reduction Act into law, which disqualified it from the federal $7,500 tax credit.

That’s because it’s made in Japan and the revamped incentive program that was in the bill is only available for vehicles built in North America, even if they’ve already been on sale.

Lexus hasn’t said if it plans to adjust the pricing to compensate, but with the hot car market right now, I wouldn’t expect it to soon. Especially because the NX450h+ is pretty hot.

It’s based on the same platform as the Toyota Rav4 Prime, which also lost its eligibility for the credit, and shares its all-wheel-drive hybrid powertrain.

In the Lexus it’s rated at 304 hp, making the greenest version of the NX also the most powerful.

The all-wheel-drive system features an electric motor for the rear wheels.
(Lexus)

It combines a 2.5-liter four-cylinder engine and electric motor driving the front wheels through a continuously variable transmission with a second electric motor that independently powers the rear axle.

It’s good for a combined fuel economy rating of 36 mpg, which I found it easily exceeds in the real world.

That’s after you’ve used up the charge in its 18.1 kilowatt-hour battery pack, which provides enough juice for up to 37 miles of all-electric driving before you have to burn any gasoline at all.

The NX450h+ has an all-electric driving range of 37 miles per charge.
(Lexus)

According to the EPA, a typical driver who starts every day with a full charge will see the equivalent of 84 mpg in normal use.

The NX450h+ can be switched between EV and hybrid mode anytime, so you can save the battery for when you want to be the quietest.

You only get the full 304 hp in hybrid mode when there’s some juice left, however, and Lexus doesn’t say exactly how powerful it is in EV mode, although the front motor is rated at 182 hp and the rear at 54 hp. Whatever it is, it’s more than enough to get you around with ease, while the hybrid power is substantial in a vehicle this size.

A 14-inch touchscreen is standard.
(Lexus)

The passenger compartment is spacious and luxurious in the Lexus way. The dashboard isn’t wrapped in fancy materials, but the leather upholstery and trim are price-appropriate. The 14-inch touchscreen infotainment system display is easy to use and far better than the console-mounted touchpad the previous-generation NX had.

The compact SUV has seating for five.
(Lexus)

A 360-degree camera that creates a virtual view of what’s underneath the vehicle is available as part of a $1,070 option package. It includes a front cross traffic alert that warns you of vehicles approaching from the sides at intersections on a head-up display plus a lane change assist feature, which checks for cars and self-steers into the next lane when you click the turn signal while the standard lane-centering adaptive cruise control system is active.

One other significant option is an $800 6.6-kilowatt charging system that cuts the charging time from 4.5 hours to 2.5 hours when using a 240-volt charger. The NX450h+ is not compatible with the public DC fast chargers that can charge fully electric vehicles in less than an hour. It’s primarily intended to be filled up at home at night when rates are cheap. The hybrid driving capability means you don’t have to charge on the road on long trips and It can tow up to 2,000 pounds while you’re on one.

Regardless of what driving mode you’re using, it’s as quiet as can be expected from a compact utility vehicle, the ride is as smooth as glass and the 10-speaker audio system as clear as crystal. An F Sport performance model is also offered that has a computer-controlled suspension system, but I doubt most people will feel like they need it.

The door is released by using an electronic thumb-controlled button.
(Lexus)

One quirk you need to get used to is how to open the doors. There are electric thumb-activated latches in the handles that aren’t obvious to use, so remember to brief your passengers when they come aboard. If the vehicle loses power you have to pull them out twice instead to unlock as an emergency backup.

With its long electric driving range, overall refinement and expected reliability, the NX450h+ is a strong competitor to similarly sized luxury plug-ins like the Lincoln Corsair Grand Touring and Volvo XC60 Recharge, but losing that tax credit does sting. That said, it might not have mattered that much, anyway.

Toyota and Lexus have sold so many plug-in hybrids over the years that their credits were going to start phasing out in October under the old program by being cut in half and then half again next April before going away completely by the end of September 2023.