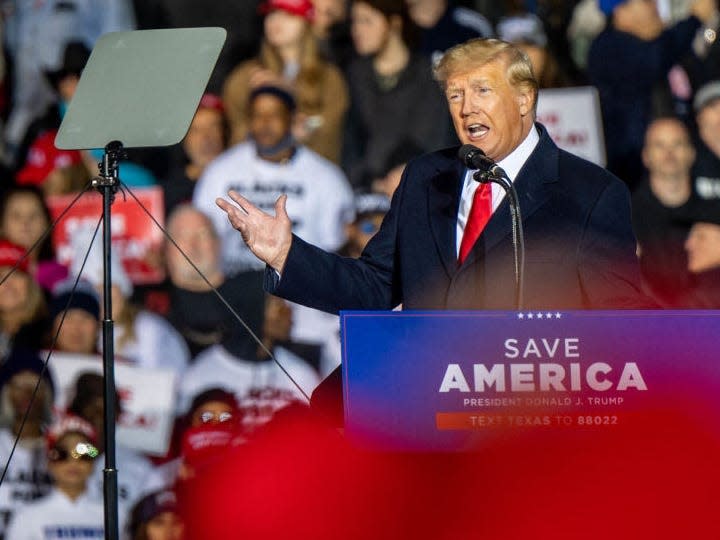 A retired conservative federal judge said that Republican efforts to overturn the 2020 presidential election were a “dry run” for the upcoming 2024 contest.

In a CNN opinion piece published Wednesday, J. Michael Luttig laid out what he viewed as a ploy by former President Donald Trump and a litany of Republicans to shift the 2024 election in their favor, regardless of the actual results.

“Trump’s and the Republicans’ far more ambitious objective is to execute successfully in 2024 the very same plan they failed in executing in 2020 and to overturn the 2024 election if Trump or his anointed successor loses again in the next quadrennial contest,” wrote Luttig, who sat on the bench as a federal appellate court judge from 1991 to 2006 and was considered for the Supreme Court by former President George W. Bush. “The last presidential election was a dry run for the next.”

Luttig detailed how Republicans sought to manipulate the Elections and Electors clauses of the Constitution, the Electoral College, and the Electoral Count Act of 1877, along with the 12th Amendment — which governs how the president and vice president are selected.

The former judge said that at the heart of the Republican push was the Supreme Court’s potential acceptance of the “independent state legislature” doctrine, an originalist interpretation of the Constitution that affords state legislatures sweeping control over how presidential electors are chosen. Under this doctrine, neither state supreme courts nor statewide elected officials could tweak election rules or wade into the selection process for electors.

While the Supreme Court has never officially weighed in on the issue, some Republicans believed the conservative majority on the court would help their effort.

Luttig wrote that Republicans initially launched their efforts to contest the 2020 results by challenging various election laws that had been modified largely because of the coronavirus pandemic, which included the expansion of mail-in voting and changes in early voting in pivotal states such as Michigan, Pennsylvania, and Wisconsin.

After the November election, the Trump campaign and its political allies failed in making the case to the Supreme Court in contesting statewide election changes.

Republicans sought to create a second “alternative” slate of electors in key states before Congress certified the election on January 6, 2021, but they were unsuccessful, so Trump pressed then-Vice President Mike Pence to overturn Biden’s victory.

“Thwarted by the Supreme Court in the first stage, foiled by their inability to come up with alternative state electoral slates in the second stage, and with time running out, Trump and the Republicans began executing the final option in their plan, which was to scare up illegitimate alternative electoral slates in various swing states to be transmitted to Congress,” he wrote.

Luttig on January 5, 2021, published a Twitter thread where he advised Pence “to faithfully count the electoral college votes as they have been cast.”

“The entire house of cards collapsed at noon on January 6, when Pence refused to go along with the ill-conceived plan, correctly concluding that under the 12th Amendment he had no power to reject the votes that had been cast by the duly certified electors or to delay the count to give Republicans even more time to whip up alternative electoral slates,” he wrote in the CNN piece.

The judge reiterated that GOP efforts to shape the next election were already in place, pointing to the party’s push to elect pro-Trump secretaries of state and influence the elections of state court judges.

“Trump and his allies and supporters in Congress and the states began readying their failed 2020 plan to overturn the 2024 presidential election later that very same day and they have been unabashedly readying that plan ever since, in plain view to the American public,” he wrote.

“Today, they are already a long way toward recapturing the White House in 2024, whether Trump or another Republican candidate wins the election or not.”