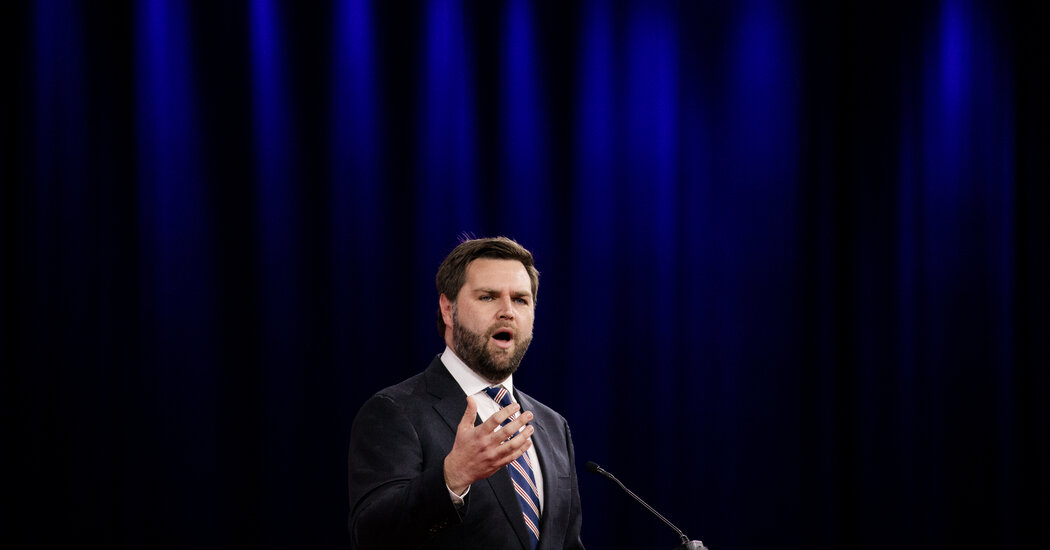 So Donald Trump has endorsed J.D. Vance in the race for Ohio’s Republican Senate nomination. Will Trump’s nod tip the balance? I have no idea, and frankly I don’t care.

Ohio’s G.O.P. primary has, after all, been a race to the bottom, with candidates seemingly competing to see who can be crasser, who can do the most to dumb down the debate. Vance insists that “what’s happening in Ukraine has nothing to do with our national security” and that we should focus instead on the threat from immigrants crossing our southern border. Josh Mandel, who has been leading in the polls, says that Ohio should be a “pro-God, pro-family, pro-Bitcoin state.” And so on. Any of these candidates would be a terrible senator, and it’s anyone’s guess who’d be worst.

But the thing about Vance is that while these days he gives cynical opportunism a bad name, he didn’t always seem that way. In fact, not that long ago he seemed to offer some intellectual and maybe even moral heft. His 2016 memoir, “Hillbilly Elegy,” drew widespread and respectful attention, because it offered a personal take on a real and important problem: The unraveling of society in Appalachia and more broadly for a significant segment of the white working class.

Yet neither Vance nor, as far as I can tell, any other notable figure in the Republican Party is advocating any real policies to address this problem. They’re happy to exploit white working-class resentment; but when it comes to doing anything to improve their supporters’ lives, their implicit slogan is, “Let them eat hate.”

Let’s talk for a minute about the reality Vance was writing about back when many took him seriously.

I still encounter people who imagine that social dysfunction is mainly a problem involving nonwhite residents of big cities. But that picture is decades out of date. The social problems that have festered in 21st-century America — notably large numbers of prime-age males not working and widespread “deaths of despair” from drugs, suicide and alcohol — have if anything fallen most heavily on rural and small-town whites, especially in parts of the heartland that have been left behind as a knowledge-centered economy increasingly favors high-education metropolitan areas.

What can be done? Progressives want to see more social spending, especially on families with children; this would do a lot to improve people’s lives, although it’s less clear whether it would help revive declining communities.

Back in 2016 Trump offered a different answer: protectionist trade policies that, he claimed, would revive industrial employment. The arithmetic on this claim never worked, and in practice Trump’s trade wars appear to have reduced the number of U.S. manufacturing jobs. But back then Trump was at least pretending to address a real issue.

At this point, however, neither Trump nor any other important Republican is willing to go even that far. I’d say that G.O.P. campaigning in 2022 is all culture war, all the time, except that this would be giving Republicans too much credit. They aren’t fighting a real culture war, a conflict between rival views of what our society should look like; they’re riling up the base against phantasms, threats that don’t even exist.

This isn’t hyperbole. I’m not just talking about things like the panic over critical race theory, although this has come to mean just about any mention of the role that slavery and discrimination have played in U.S. history. Florida is even rejecting many math textbooks, claiming that they include prohibited topics.

That’s bad. But we’re seeing a growing focus on even more bizarre conspiracy theories, with frantic attacks on woke Disney, etc. And roughly half of self-identified Republicans believe that “top Democrats are involved in elite child sex-trafficking rings.”

What people may not realize is that Vance’s anti-immigrant rhetoric is almost as detached from reality as QAnon-type theories about Democratic pedophiles. I mean, yes, undocumented immigrants do exist. But the idea that they pose a major threat to public order is a fantasy; indeed, the evidence suggests that they’re considerably more law-abiding than native-born Americans.

But look, none of this is a mystery. Republicans are following an old playbook, one that would have been completely familiar to, say, czarist-era instigators of pogroms. When the people are suffering, you don’t try to solve their problems; instead, you distract them by giving them someone to hate.

And history tells us that this tactic often works.

As I said, I have no idea whether Trump’s endorsement of Vance will matter. What I do know is that the G.O.P. as a whole has turned to hate-based politics. And if you aren’t afraid, you aren’t paying attention.